Newsletter
Sign Up today for our FREE Newsletter and get the latest articles and news delivered right to your inbox.
Home » 1952 Chevrolet 3100 – Hill Top Truck 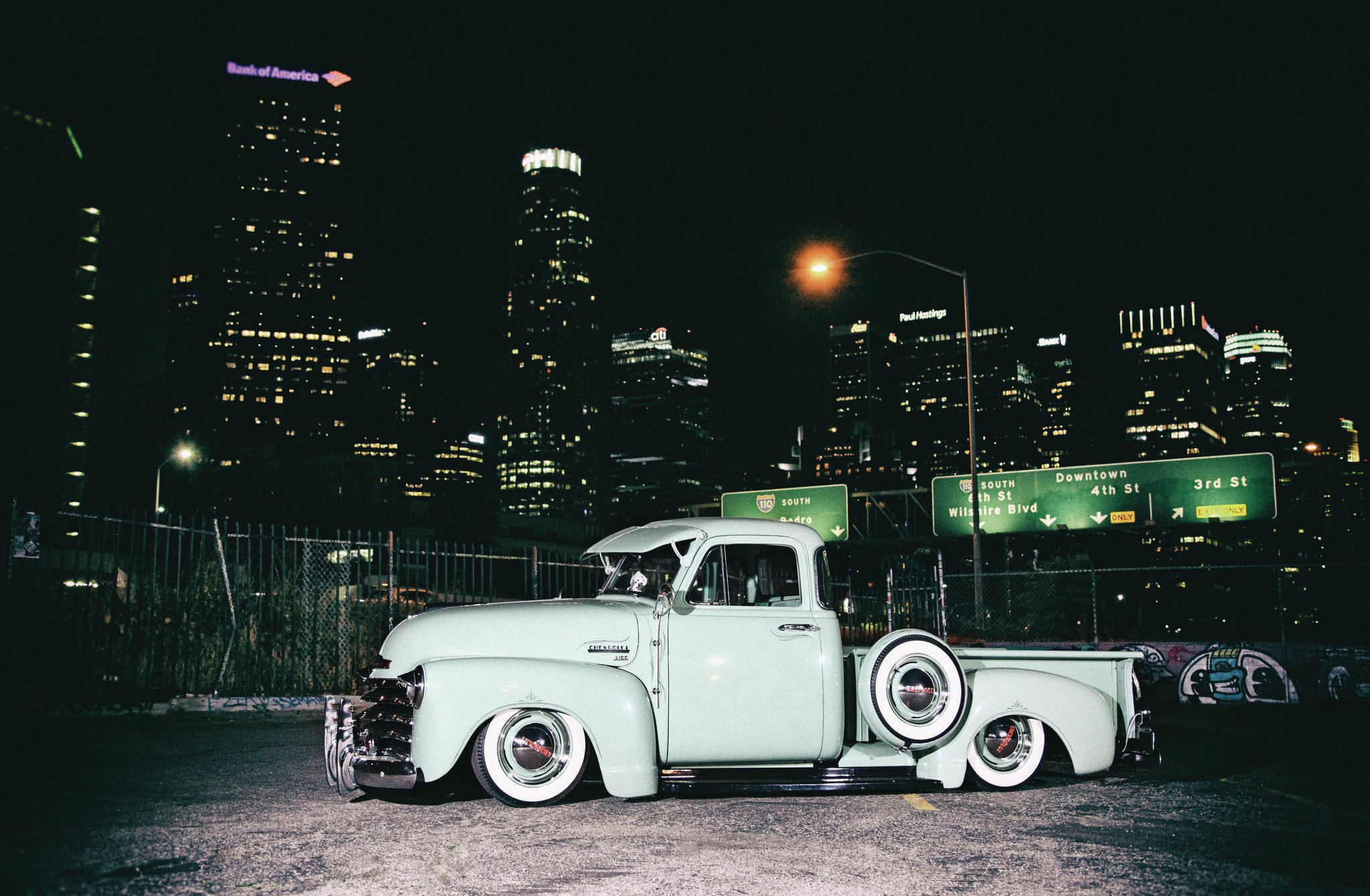 In his teenage years, Sergio Jimenez Jr. would always see the shell of this 1952 Chevy 3100 sitting on a hill as he would come and go from school. When Sergio finally got his drivers license, he decided to go over and ask the owner of the truck if he would sell him the truck. The owner said no and told Sergio that he was working on it. A year went by and Sergio didn’t see much progress on the truck so he decided to go back and ask again. “He told me to come back in December and when I did, he sold it to me for $2,000.” The truck wasn’t running, so they ended up pushing it a block away to his parents’ house.

Sergio had been working at a body shop with his dad since he was 16 years old. “Everyday after we got off work we would work on the truck from 6 to 9 p.m. during the week and all day on weekends,” explained Sergio. “All the credit for this build goes to my dad. He did the bodywork, sheetmetal alignment, and so much more. I missed the summer of 1994 to help work on the truck.” Sergio decided to sell his daily driver (a ’65 Malibu) in order to have the money to finish the truck.

“I had to ride the bus for six months. I would take two busses to be able to visit my girlfriend (now wife), but that’s the type of sacrifice I had to make in order to finish the truck.” Sergio went to every Pomona Swap Meet that year with a list of parts to buy.”

The build was downhill after that year. After two decades, Sergio has not stopped working on it, he has kept adding more and more to it. Thanks to his dad Sergio Sr., his friend Peter who always helped him, and especially his wife Sunshine.

Interior: Perez Upholstery in Pasadena, CA, used a combination of velvet and vinyl for the seat