Newsletter
Sign Up today for our FREE Newsletter and get the latest articles and news delivered right to your inbox.
Home » 1948 Chevrolet Suburban – Bomb Threat 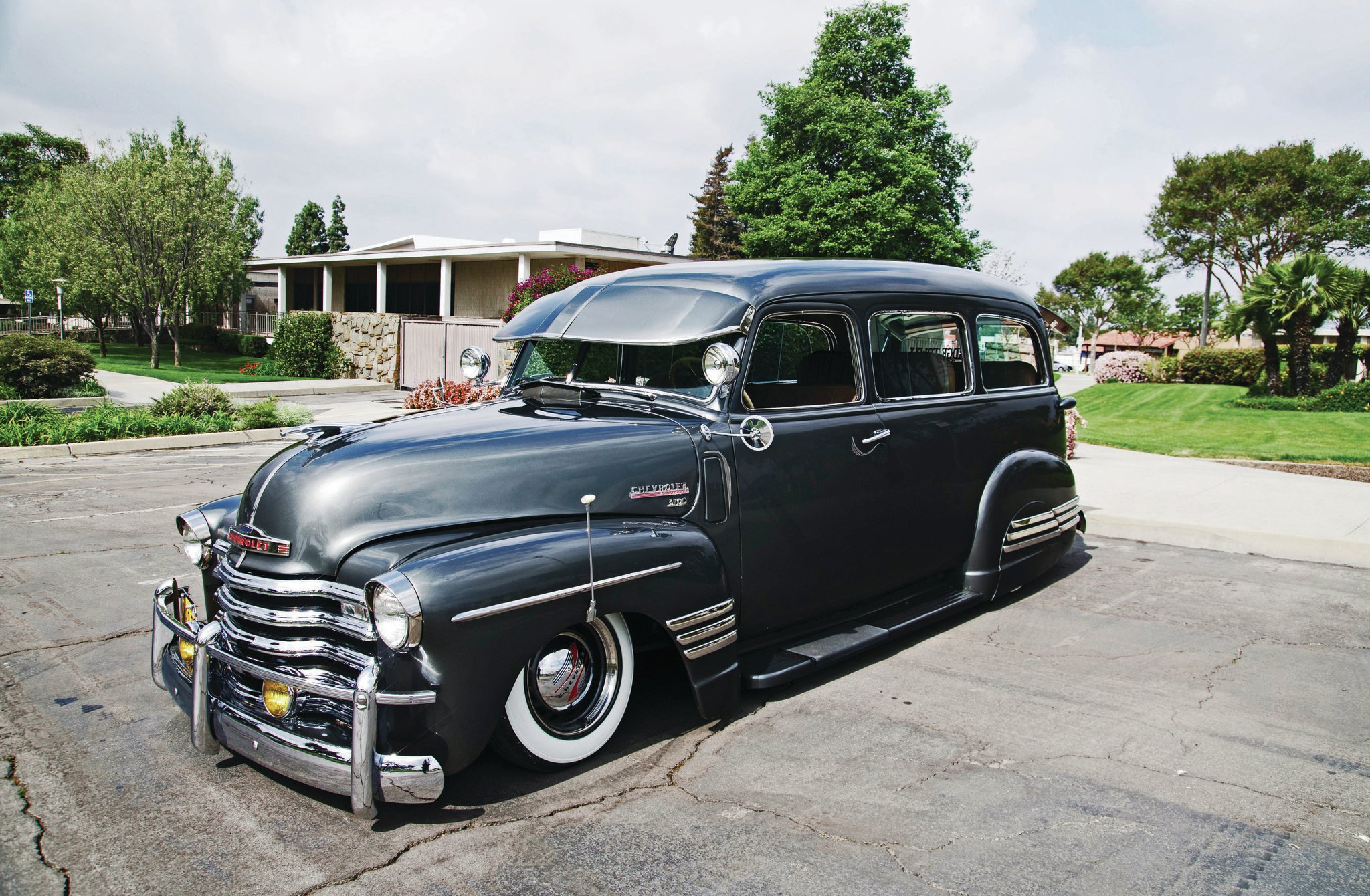 Lowrider enthusiasts are brought into the lowriding culture for various reasons. Some are there for the love of old cars, but many are introduced to the culture by family members. As far as Robert Herrera can remember, his father Ramiro has been into bombs and the lowriding scene his whole life. When he was about 10 years old, Robert recalls his dad taking him to car shows and teaching him about the lifestyle. After all those encounters with cars at those shows, he said, “I always told myself that I would love to have a bomb. I just love those straight pipes and that old-car smell.”

With Ramiro’s influence in bombs, Robert was inspired to buy his first car—a 1948 Fleetline that his dad helped him build with the knowledge he had. With his first bomb in hand, Robert had the fever for lowriding. He then joined Bridgetown Oldies Car Club (San Gabriel Valley) and has been a devoted member going on 15 years now.

Robert and his father Ramiro are very close. He admires his dad and says that he wouldn’t be the man that he is today without him. One day at work while they were having lunch, Ramiro suggested that Robert get a Suburban to better suit his family’s needs. Being that Robert trusts his father’s opinions and suggestions, he sold his ’48 Fleetline and bought a 1948 Chevy Suburban in 2009.

He had it trailered to Rudy Dominguez’s house to start working on the body, paint, and engine. Robert states that many of his club brothers are very talented in building cars and were incredibly helpful in the build of the Suburban. Jose Llamas, a close friend of Robert, also assisted in the restoration of his Chevy. He helped him find parts for his car and also helped him mechanically. For some of the parts he needed, Robert had to travel to get them and his dad was right by his side during the process. It took about two-and-a-half years to finish the construction of the Suburban. Robert would like to thank his wife, kids, and dad for all their support, and a special thank you to Jose Llamas for his advice.