Newsletter
Sign Up today for our FREE Newsletter and get the latest articles and news delivered right to your inbox.
Home » 1950 Chevrolet 3100 – 3100 Times 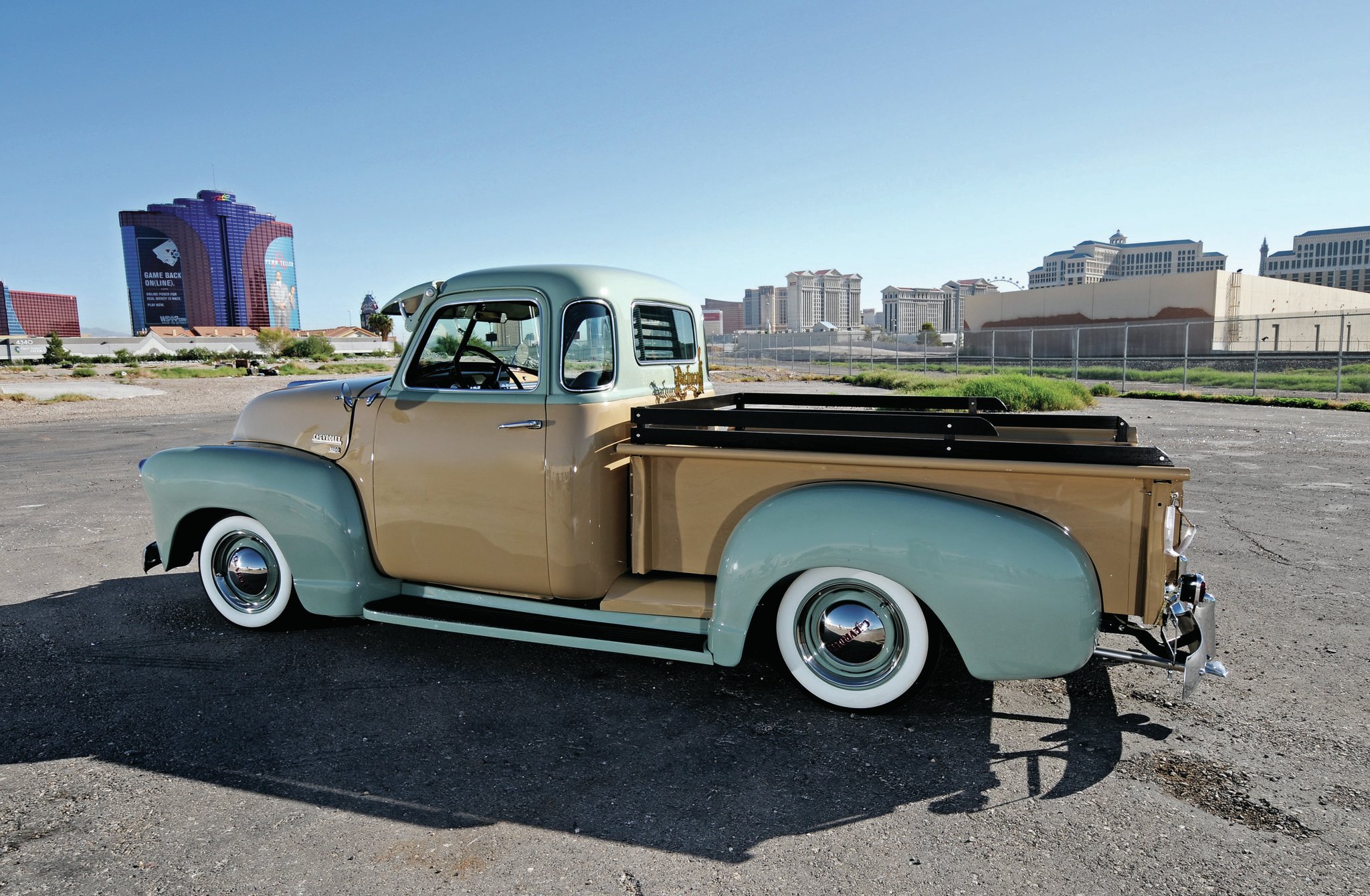 Some believe in love at first sight, and Jose Lemus of Las Vegas is one of those believers. Jose can remember back to when he was in the fourth grade and saw his first lowrider. From that day forward, he knew that he wanted one for himself one day. He started with building model cars and then moved on to building lowrider bikes. He remembers as a child, every time he would get a little extra money that he would run to the store to buy the newest LOWRIDER Magazine that was on the stands.

As the years went by and he got a little older he was able to purchase his first lowrider — a 1979 Buick Regal and then a few more rides over the years. Fast-forward to four years ago when he purchased this 1950 Chevy truck off a friend for $2,700 and it was his first bomb truck. “Every build has its ups and downs and this truck was no different,” says Jose. Jose owns and runs his own shop where he fixes and restores customer rides and when you run a business, the business comes first. Usually your project gets pushed to the back burner to complete customers’ projects to pay the bills. So little by little Jose worked on his own ride as time allowed and was recently able to finish his truck. “When you have love for something it doesn’t matter what it takes, all I wanted to do was finish my truck,” says Jose. The car scene is a lifestyle to Jose and something that will never change in his eyes.

Jose took care of the frame, motor work, wiring, and put the whole truck together himself. It takes talent, time, dedication, and love for the lifestyle to put forth such an amazing truck and Jose is not lacking in any of those qualities. Jose would like to thank Eric Naranjo for taking care of the bodywork and laying down the paint. If it wasn’t for him Jose says his truck wouldn’t look this good.