Newsletter
Sign Up today for our FREE Newsletter and get the latest articles and news delivered right to your inbox.
Home » 1953 Chevrolet 3100 – Slam-6 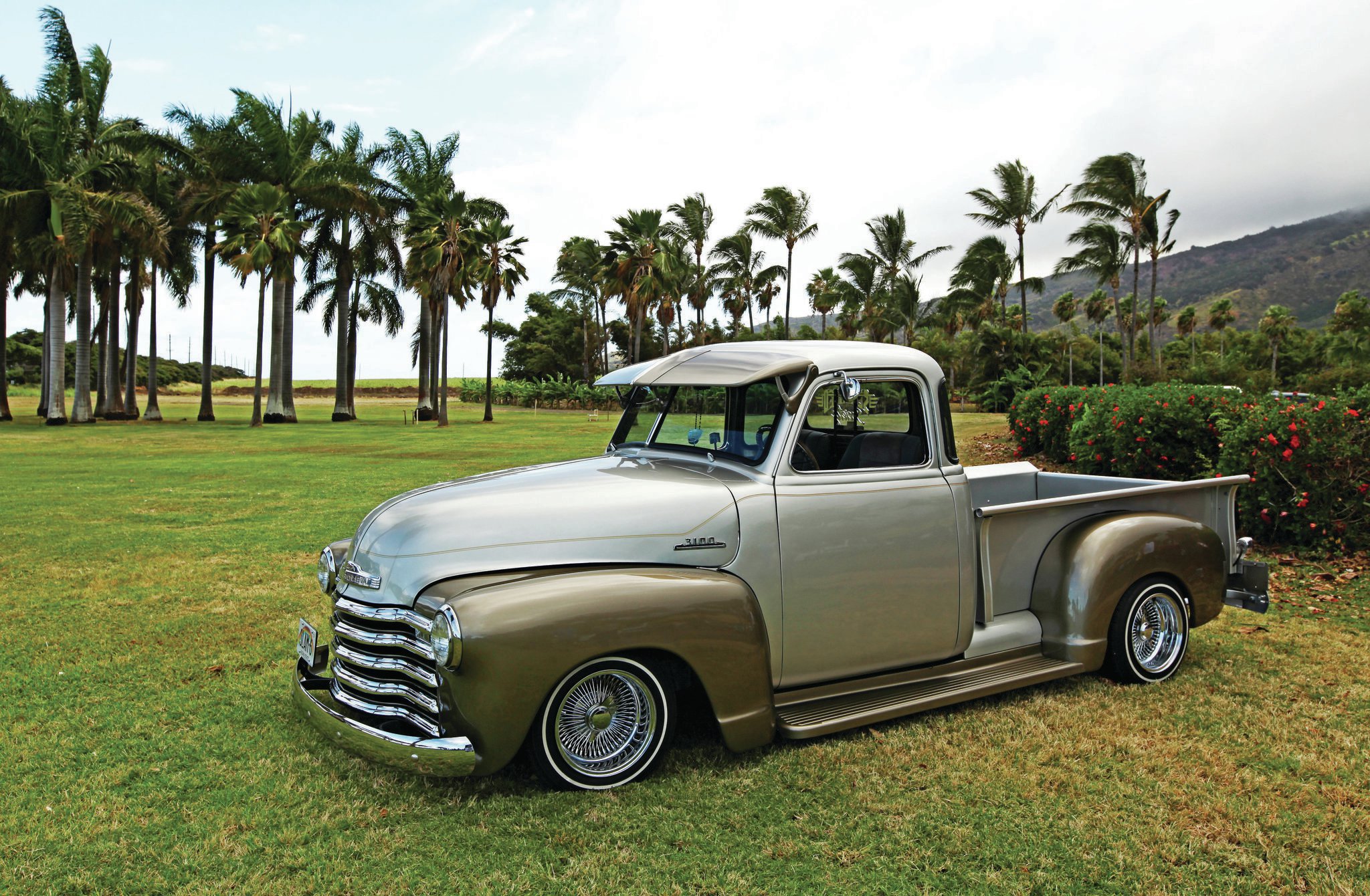 Val Lincoln of Wailuku, in Maui has wanted a five-window since he was 8 years old. “My dad was a truck guy as well, so I learned a lot from just watching him.” He’s also had a passion for lowriding from a young age and that passion has grown as the years have gone by. “Lowriding is more than just about the cars for me, it’s about ohana (Hawaiian for family).”

Val’s is in Slammed Society Car and Truck Club, established in 1987. Since then the club has grown stronger as a family unit. The club was reintroduced in the last three years with a mission of giving back to the community and the youth after a club member’s son fell ill to cancer. “Our hearts joined together as his son Xander told us that he was going to make a difference and that’s what we are planning on doing.” The club does what they can for the community from feeding the less fortunate to back-to-school fundraisers. “The rides that we build and cruise are just the icing on the cake.”

Before Val picked up this 1953 Chevy truck he was working on a 1932 Ford coupe. His good friend Jareth Lum Lung from S.W.A.T. car club had this ’53 shipped into Maui from Pennsylvania. Jareth began working on it, but lost interest around the same time that Val lost interest in the ’32 Ford. The two friends decided to trade their projects and start where the other one had left off. Val’s work on the truck so far has landed him multiple awards at shows, but he is far from done. “I have bigger plans for Slam-6 and when she’s done, she’ll be a heartbreaker.”

Val would like to thank Matt and the crew from Intense Motorsports Maui, Keien at K-Town Detailing, and his brother William Kapoi for helping him with the truck modifications.

Body/Paint: Once the door handles were shaved, Anthony’s Auto Shop in Hawaii used Lexus silver with a BMW champagne gold and mini gold flake to paint the stepside. Val striped from the front to the back of his truck.

Interior: After installing the Auto Meter gauges, Val stitched the seats to closely match the outside of the truck