Newsletter
Sign Up today for our FREE Newsletter and get the latest articles and news delivered right to your inbox.
Home » 2001 Chevrolet Tahoe – Sikk Brandy 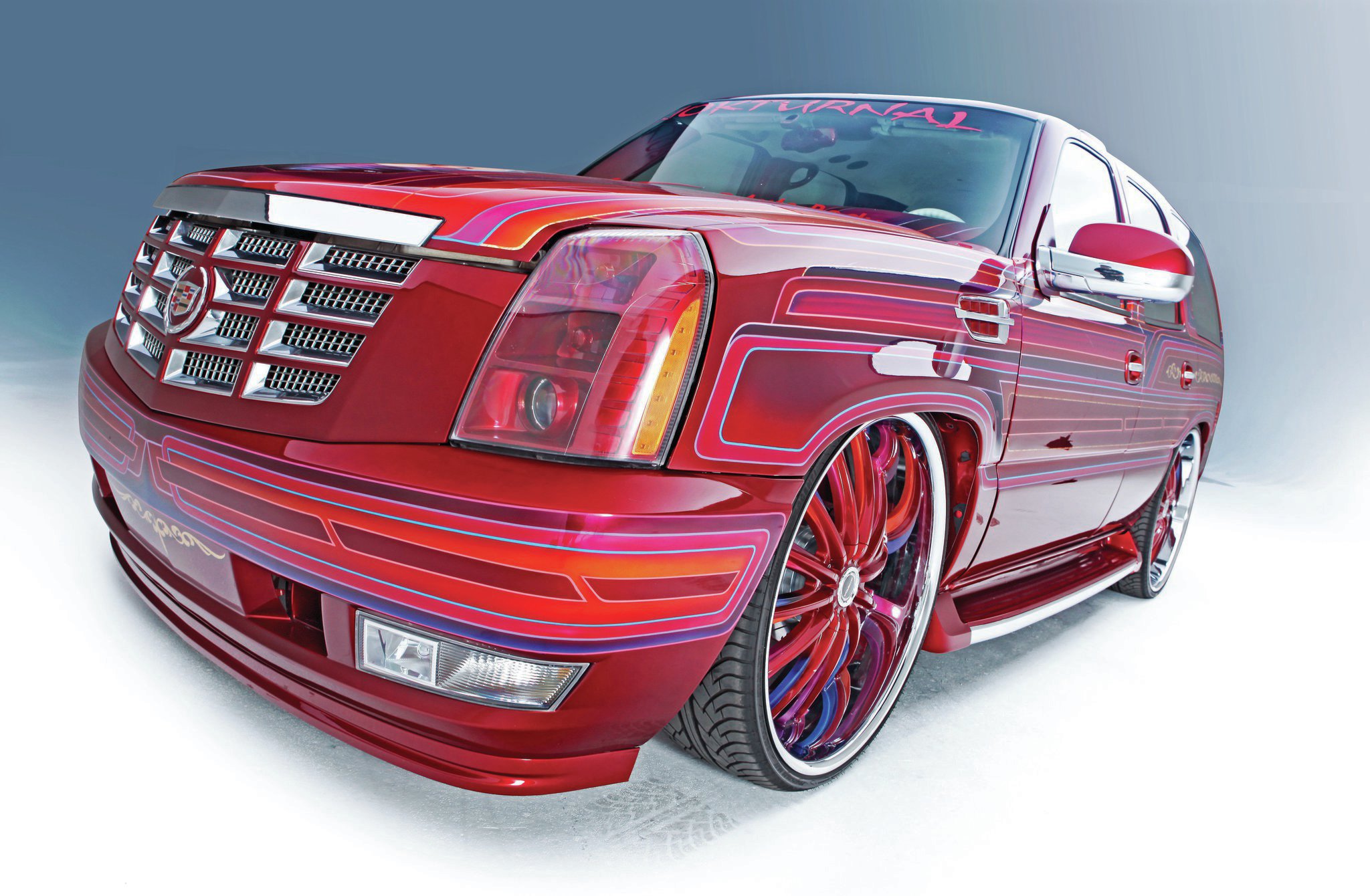 Christian Diaz was first introduced to lowriders by his uncle, Luis Montellano. Attending car shows with his uncle as a child instilled a love of lowriders into young Christian. Christian dreamed of one day owning a lowrider of his own. Unfortunately fate didn’t quite work out as planned as Christian would eventually find himself the owner of a 2001 Chevy Tahoe. Despite the fact that he didn’t have the car he’d dreamed of, Christian decided to take what he had and build it into something he could be proud of.

Taking his Tahoe to Advance Auto Body in Garden Grove, California, Christian had a ’07 Cadillac Escalade front end put on along with some clear windows and molded quarter panels before Advance Auto Body painter, Alejandro Bakton, sprayed it down with a coat of House of Kolor Brandy Wine. After the paint was laid down, Mike Lamberson handled pinstriping duties while Eliezer did the murals. For the suspension, Christian had his Tahoe taken to MIC in Chino who put it on the airbags. Inside, Christian had California Upholstery in Bell Gardens, California, put in vinyl seats, fiberglass door panels, and a custom fiberglass center console. In the back of the Tahoe a full fiberglass interior was put in to house the sound system assembled by Advance Car Creations.

While his Tahoe may not have been exactly what he wanted at first, Christian has turned it into an award-winning ride that he can be proud of. Christian is still doing more and more to his Tahoe and he hopes that someday his own son, baby Christian Diaz, will grow up to love it and appreciate it as much as he does. Christian would like to say thanks to his father, Demetrio Diaz, his family, his friends, Nokturnal Car Club, and his girlfriend, Kathy for all their support in this project.