Newsletter
Sign Up today for our FREE Newsletter and get the latest articles and news delivered right to your inbox.
Home » 1960 Chevrolet Apache – OC Apache 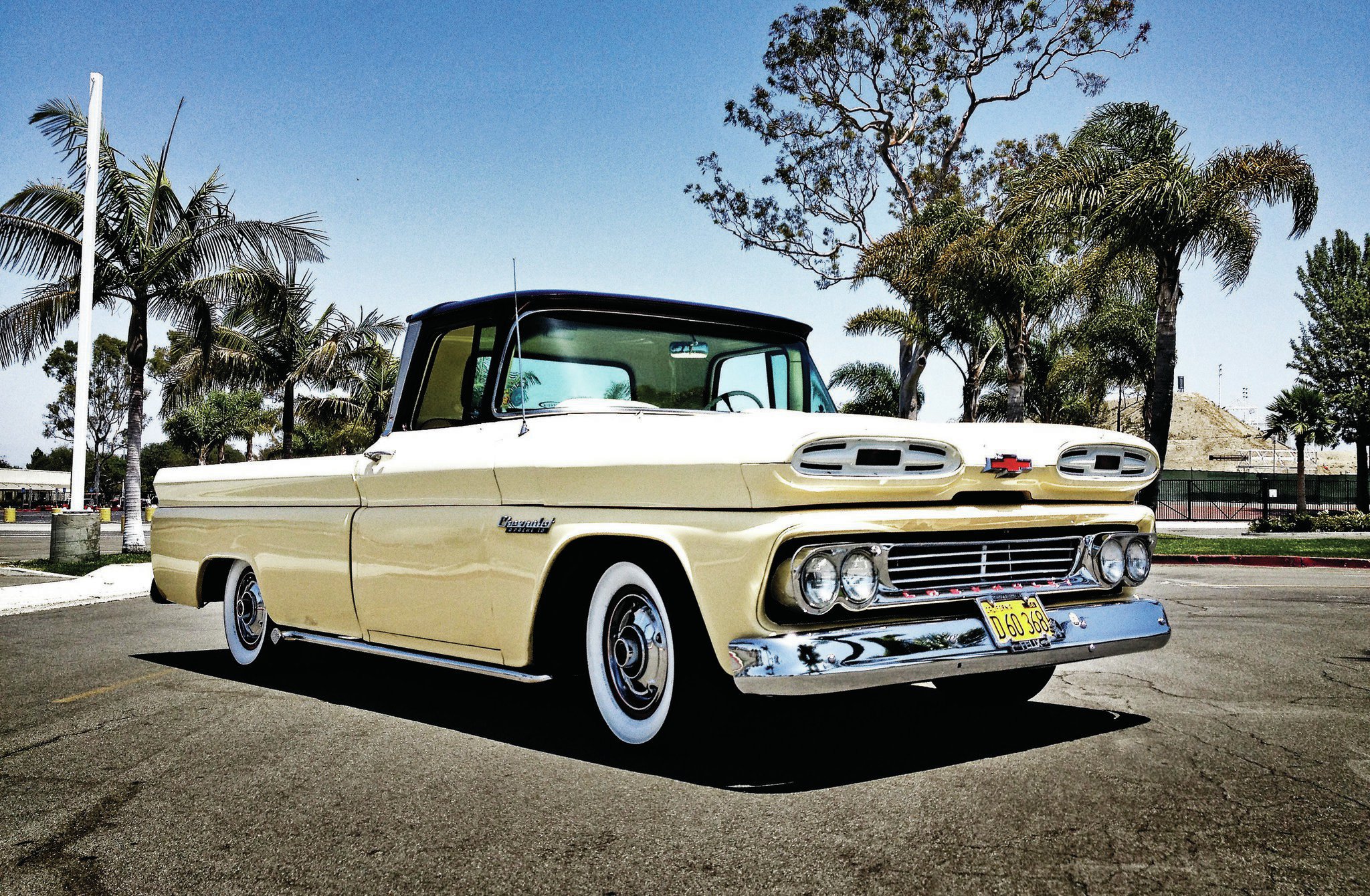 If you were around in the 1980s, then you know about Maui and Sons. Maui and Sons was among the fastest growing businesses in America with sales reaching the $20 million mark. The Sharkman icon helped the brand become one of the most recognizable brands out at that time. The brand’s creativity came from founding partner and artist Rick Rietveld whose artwork was recently featured on the cover of the February 2014 issue of Lowrider Arte.

The Maui and Sons brand grew so much that it overwhelmed Rick and his partner. In 1989 they felt it would be best if they sold the brand to someone that was more capable of running it. Currently Rick is a fulltime artist who resides in Newport Beach, California. Other than dedicating time to his art, Rick likes to dedicate some time to his 1960 Apache.

Rick found the Apache in Hollywood on Craigslist. “I was just looking for a beater that I could just throw my boards and bike in and not worry about it,” he says. The only thing that Rick wanted to do to the truck was to reupholster the seat, but once he had the seat out, he figured he should also change the carpet. “Next thing I knew I was taking pieces off and repainting, chroming, or replacing it. I’m still tinkering with it, but that’s the fun part about this.”

The truck has a lot of sentimental value to Rick as he got it shortly after he got married and his autistic stepson Zack Zazfabbri helped him work on it. “It was a cool bonding experience for us because this is something that we did together. It definitely brought us a lot closer.” When the truck was done, they took it to local car show and won an award. “I gave him the trophy because it made a nice little reward for all the hard work and effort he put in it too.”

Interior: A friend of Pat Hawley did the upholstery in the truck while Rick installed the carpet and a few other things himself