Newsletter
Sign Up today for our FREE Newsletter and get the latest articles and news delivered right to your inbox.
Home » 1998 Chevrolet Tahoe – A Nokturnal Ruler 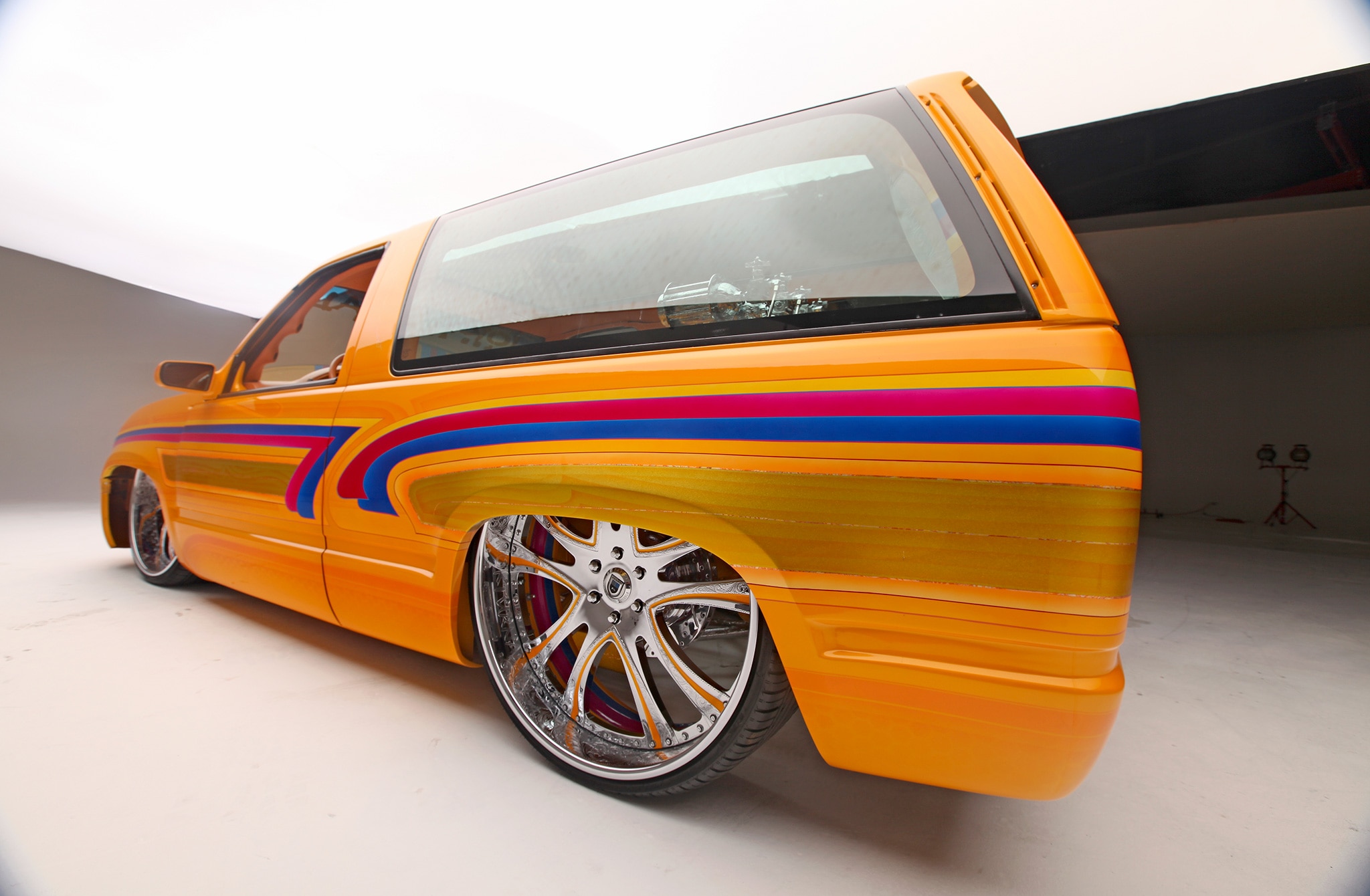 Like most builds, Hector “Zacatecas” Esquivel never intended for his Tahoe to become the full-blown show car it is today. What started out as a simple trip to the shop to get airbags turned into a full-blown affair that yielded epic results. “This vehicle started as a daily driver, then I took it to get a simple bag job at Sik Fabrications. Two years later it came out a full show truck, bagged, laying out on 28-inch wheels.”

As president of the L.A. Chapter of Nokturnal Car Club, Hector used his truck to help establish their presence in the DUB scene, Hector had other goals in mind and so he set his sights on the lowriding world. “I’ve always liked lowriding,” says Hector, “So I wanted to redo my truck so that I could compete in both worlds or any type of show by mixing both styles together.”

Nokturnal Car Club is known throughout the automotive world as being behind some of the most extreme custom vehicle builds. This meant Hector had pretty high standards to live up to, so he set out to work with the best names in the scene. Kevin at Sik Fabrications in Corona, California, got things started on Hector’s truck by working on the body and suspension, putting in the custom plexiglass panels and a modified 2012 Yukon Denali front end before handing it off to Javier “Mexico” Gomez. “Mexico” took care of the paint, adding pinstripes with some help from Curly of Curly’s Pinstriping, while Alberto Herrera added the mural of La Reina.

“Mexico” also handled the undercarriage detail, getting anything and everything that could be taken off chromed before sending it all to be engraved by Jaime at Castaneda Engraving. For the interior, a set of ’65 T-bird seats were sourced and rewrapped by California Upholstery, while an audio system from SSK Audio and a one-of-a-kind hydraulic system from Hoppos were put in to tie everything together.

With numerous awards under his belt, including two LOWRIDER Magazine Truck of the Year awards and appearances at shows all over the world, it’s safe to say that Hector has accomplished his goal of combining styles to create a truck that can look good and do well in any show it’s entered into.

Hector would like to thank his club, Nokturnal for all of their support, especially Lil Raider, Impala, Bear Richie, Ivan, LT, and all of his council in Los Angeles. Hector would also like to give thanks to his wife, Lucy, and his son, Hector Jr. for their patience and understanding, otherwise none of this would have been possible.