Newsletter
Sign Up today for our FREE Newsletter and get the latest articles and news delivered right to your inbox.
Home » 1954 Chevrolet 3100 – Harvest Time 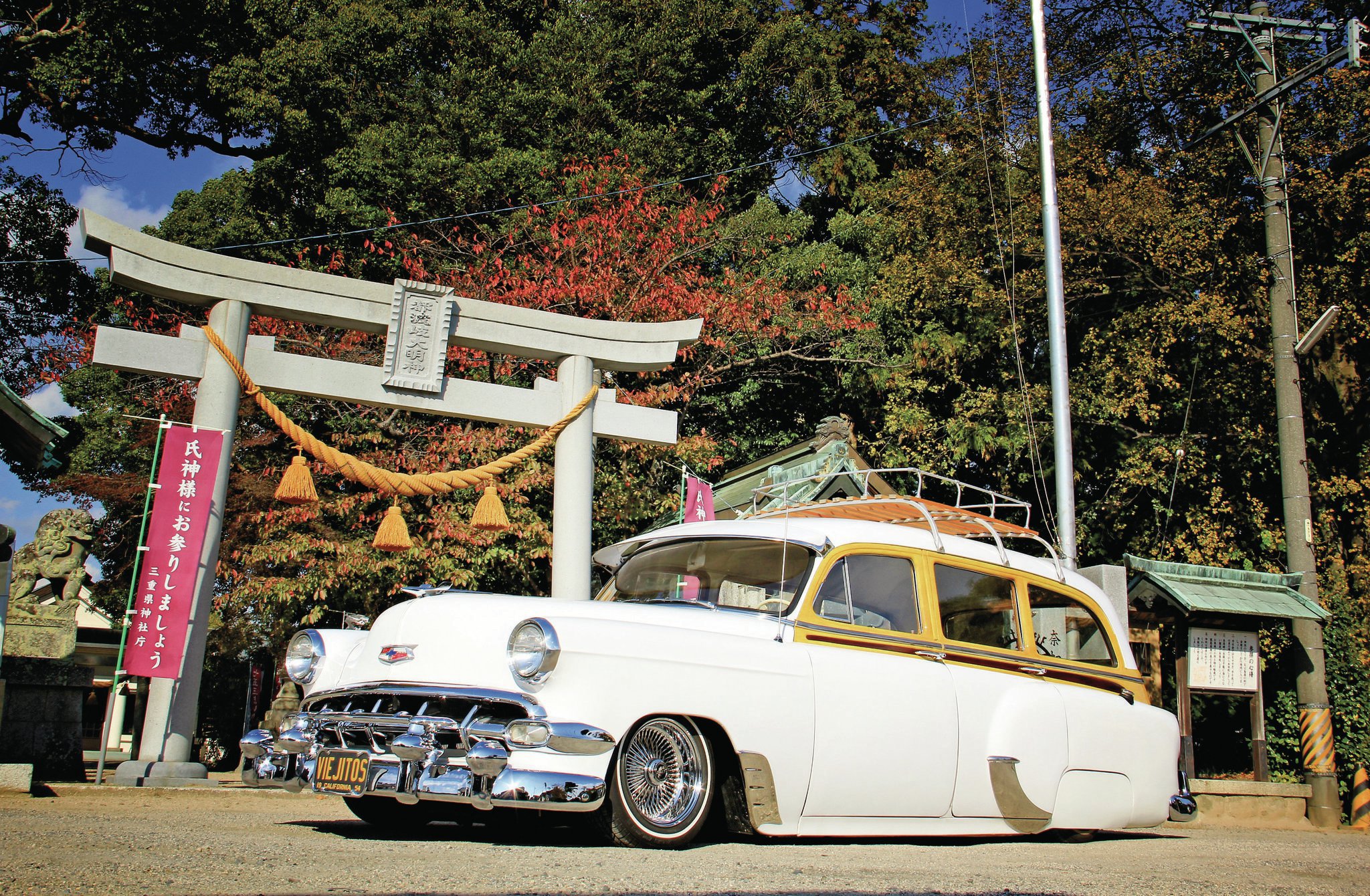 Kiyo Nishikawa is a true OG in the Japanese lowrider scene. He has been lowriding in Central Japan for over 25 years and has no signs of slowing down. Though his collection of hard-to-find bomb accessories would make anyone jealous, it automatically gains the respect of any bomb enthusiast because they would know that the acquisition of such rare parts would take years of exploration at swap meets and farms.

His journey began over two decades ago with the purchase of a 1978 Oldsmobile. “At that time no one in this area ever saw a lowrider.” It was Yamasaki and Kiyo who started lowriding. You would only find the both of them cruising the streets of Central Japan. Five years after purchasing his first lowrider, he opened up a shop. His shop called “Cruise” would be dedicated to working on every type of vehicle that’s made to cruise.

Kiyo has dedicated his life to lowriders, but he had never flown a car club plaque until just recently. He met Crazy Jorge on one of his trips to Southern California. “I met a member of Viejitos car club at a show in Montebello and from there I was introduced to Crazy Jorge.” Kiyo had already known plenty about the Viejitos and Crazy Jorge through the Internet. He saw a video of Crazy Jorge hopping his Packard and that really caught his attention.

Five years ago is when Kiyo opened up his Japan chapter of Viejitos. His membership grew from the people he used to cruise with as well as some his customers. The bomb wagon you see displayed here was purchased four years ago from California. He found it online and he bought it for his wife. The ’54 wagon needed a lot of work when he first got it, and even though it has come a long way, it’s still a work in progress. Kiyo would like to thank his family, his club members, his staff at Cruise, and everyone else who has helped him throughout the years.

Engine: The 235 engine was installed at Cruise Shop in Suzuka, Japan

Body/Paint: Taro of Cruise in Suzuka, Japan, handled the bodywork