Newsletter
Sign Up today for our FREE Newsletter and get the latest articles and news delivered right to your inbox.
Home » 2005 Chevrolet Avalanche – “El Patron: 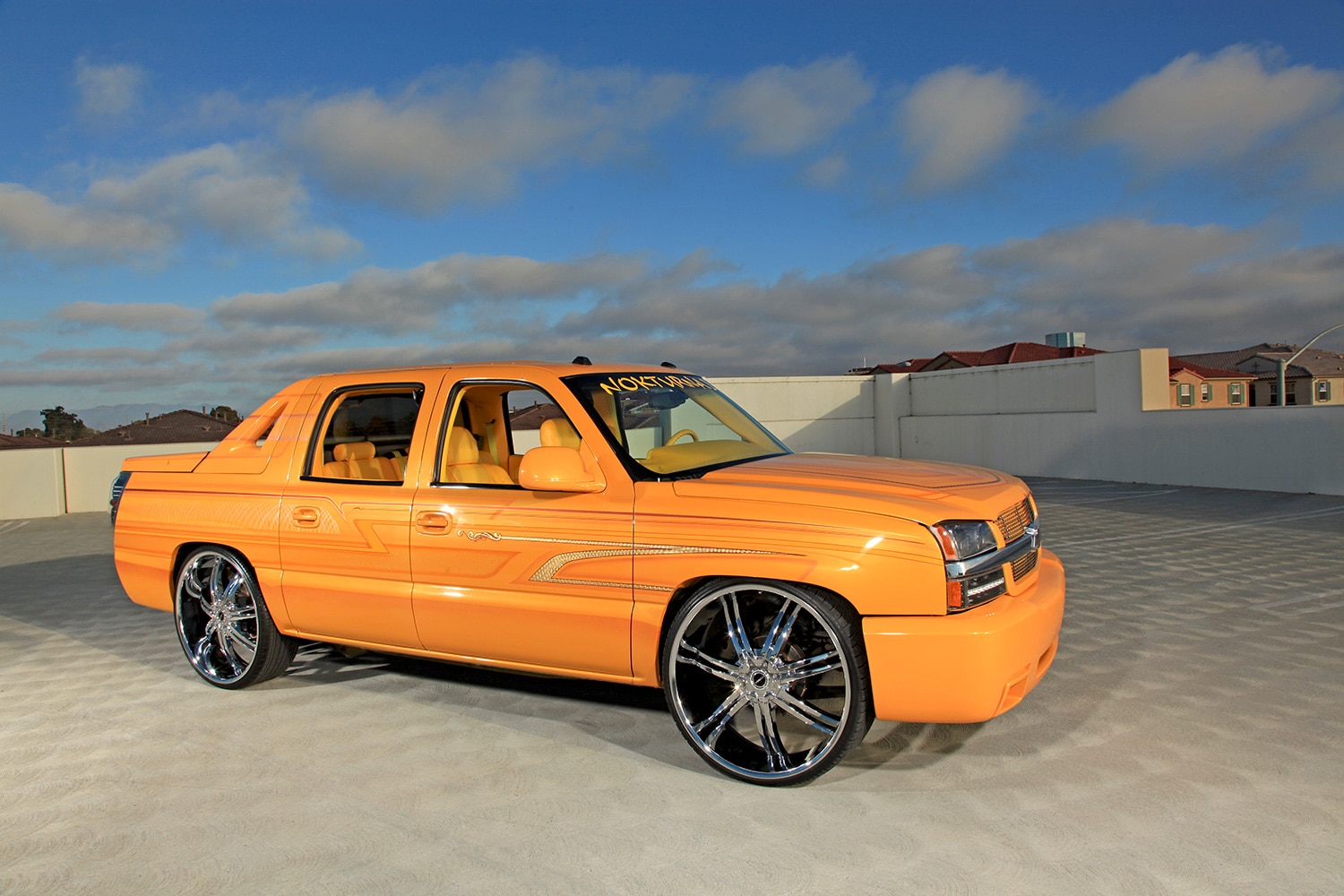 The love for trucks is something that was passed down to Jose Corona of Oxnard, California. His grandfather owned an ’83 Chevy and Jose wanted one just like it. As time went by, Jose and a few of his friends started hanging out at cruise nights and attending car shows. “I liked being in the scene, so I kept going,” Jose explains gleefully.

His first truck was a ’67 Ford F-100, which he customized after buying the Ford from his friend. Jose’s cousin had an Avalanche, and he began acquiring a taste for the sport utility truck. In 2005, Jose went to the dealership and bought himself a brand new Avalanche. “I had my mind set to fix it up little by little when I bought it,” confesses Jose. As he took his truck out cruising and attended a few car shows, he found some inspiration. “I saw custom trucks at shows and it motivated me to customize it enough to be able to take it to car shows.”

The inspiration took a further turn in the beginning of 2012, when he decided to redo the whole thing. “I took it back to the shop for new paint, interior, and new rims,” he explains. Jose was hoping to add a Silverado front end, but was unable to do so at the time. Regardless, the rest of the transformation was a fairly smooth process. Jose is anything but finished with the truck as fiber glassing, changing the top, and painting the rims remain items on his “to do” list.

Jose would like to dedicate this feature to his grandpa, who recently passed away, for sharing and passing down his lifelong affinity for trucks. He would also like to thank Trends, Riding Dirty, and all of his Nokturnal Oxnard Chapter members for their support.

Body/Paint: Trends of Bakersfield, CA, used House of Kolor sunrise gold with different shades of yellow to paint the truck.

Interior: Riding Dirty in Hawthorne, CA, made sure the interior matched the exterior.