Newsletter
Sign Up today for our FREE Newsletter and get the latest articles and news delivered right to your inbox.
Home » 2002 Dodge Ram – Anti-Venom 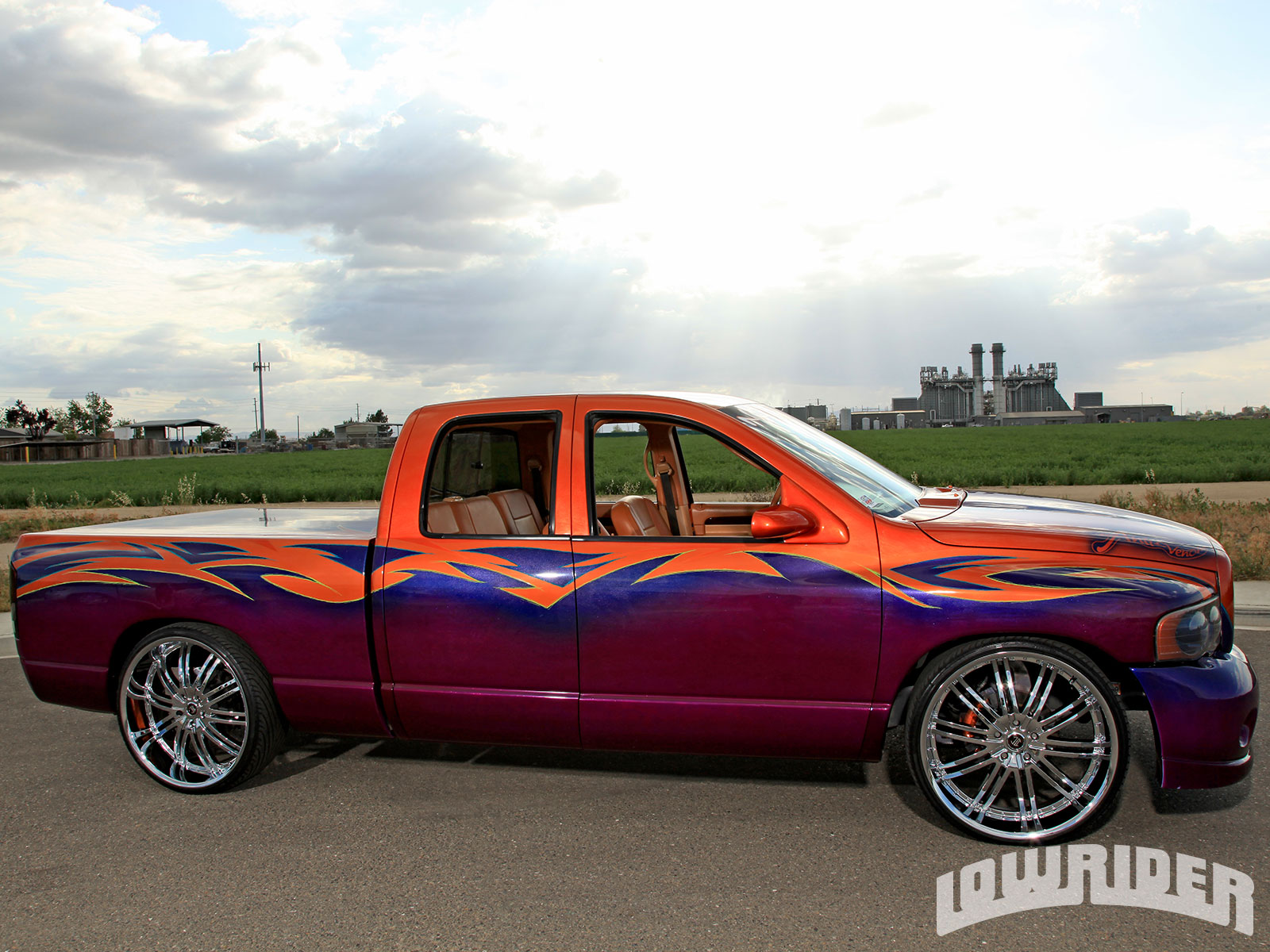 Keeping your eye on today’s automotive trends can keep you ahead of the curve. A prime example of this theory comes in the form of a stunning 2002 Dodge Ram. Purchased one year after he finished high school, this Dodge had high expectations from its owner, Yeson Ortiz. The Riverbank, CA native sought to stand out from the rest of the local truck population to create a style of his own. “I bought a Dodge because everyone around here had Chevys and I wanted something different,” he explains. Yeson kept it in stock condition for years, although he had big plans for the truck. Despite his desire to get creative on the Dodge, he didn’t start working on it until he got some extra motivation to fix it up from his cousin, Jaime Ayala. “I have two brothers that had Lowriders but it was Jaime who exposed me to the show scene. He guided me on the build and showed me what it would take to build a ride that would stand out at the shows,” says the grateful Ortiz.

After bringing his ideas to life by enlisting Jaime and the crew from PR Customs in Ceres, CA, Yeson insists that he isn’t finished yet. “I still have a lot more to do to it before I can say that the truck is complete, but I’m currently taking it to car shows and enjoying it,” Yeson says. “I’m looking to do more to it this winter. I would like to thank all my friends and family that backed me and supported my efforts, and I would like to thank Jaime and PR Customs for all the help.”

Body/Paint: Once the shaved door handles and roll pan were attached, PR Customs in Ceres, CA added the multicolor candy paintjob. Jaime Ayala of PR Customs finished it off by adding some pinstripes.