Newsletter
Sign Up today for our FREE Newsletter and get the latest articles and news delivered right to your inbox.
Home » 1995 Chevrolet Tahoe – Riddler’s Revenge 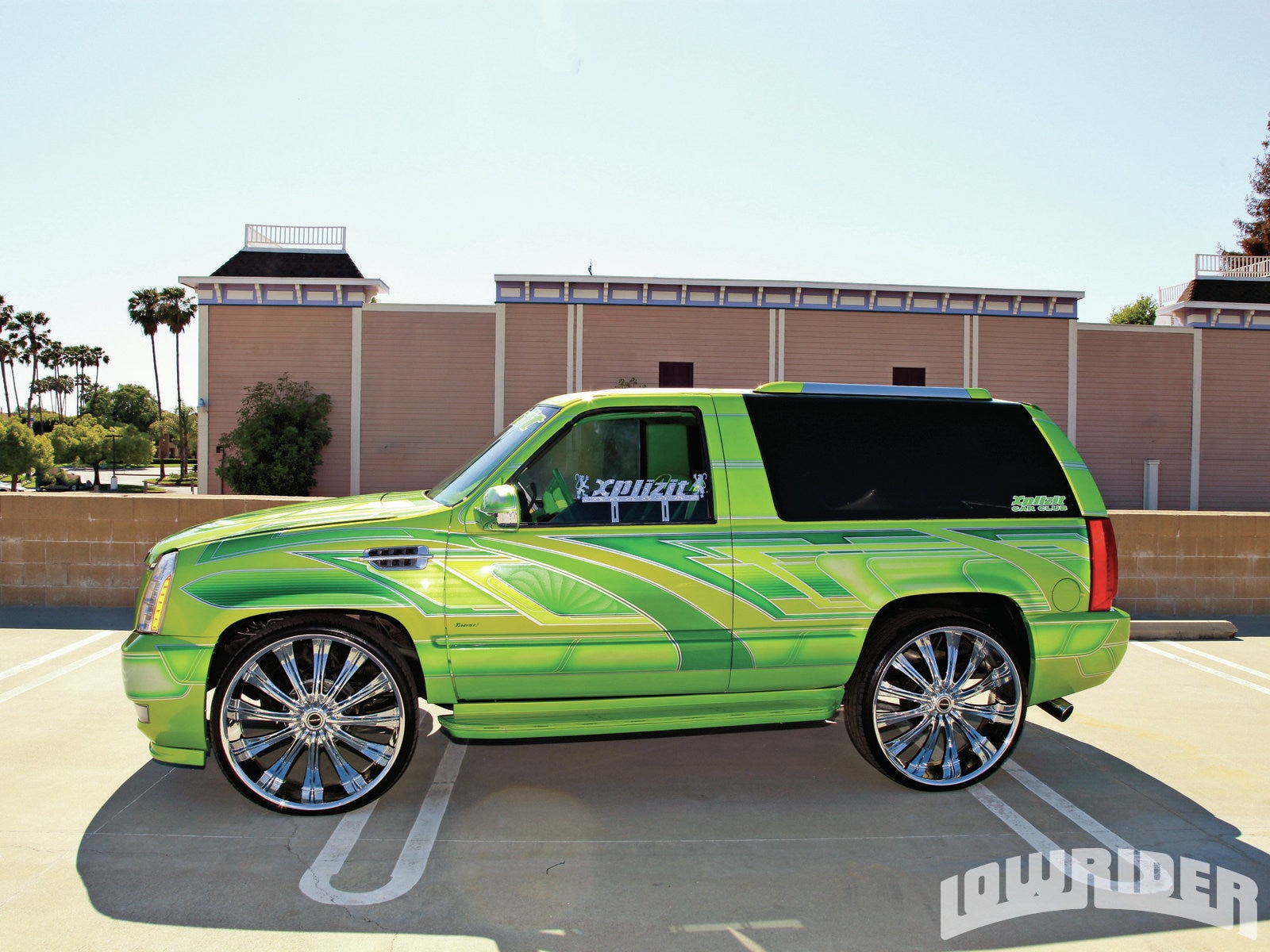 Juan Amezcua of South Los Angeles has always been a fan of the two-door Chevy Tahoe. He was able to finally purchase his two-door in early 2008, and the purchase was everything he hoped it would be. “I bought mostly to have it as a daily driver,” explained Juan. While it had an everyday purpose, Juan still sought out ways to customize the truck to make it more unique. Juan and a few of his friends ended up going to a car show in 2009, and members of the newly formed Xplizit car club were also at the show. Introductions were made and the guys decided they wanted to join, but they wouldn’t be able to right away. They all understood that they had some work to do on their respective trucks before they would become plaque-worthy, so they began working on their rides.

Juan’s Tahoe was mostly stock at the time but he had already had plans of sending it to the shop for a makeover. “The truck came out of the shop in 2009 chopped with a tilt hood, custom doors, and metallic green paint,” he says. The truck stayed like that until 2011 when he met Tintaz Auto Art. “I believe that the right shop can get you places and as soon as I saw their work, I knew that that was the right way to go with my build. I took my truck to him when I felt that I was ready for a major paint upgrade,” says Juan. “The truck isn’t done yet though; I have a few more things that I’m planning on doing to it!”

Body/Paint: Cadillac Escalade front end and rear were added to the Tahoe. Shaved door handles, zigzag rear door. Cowboy of Tintaz Auto Art in Buena Park, CA did the bodywork. Izzy of Tintaz Auto Art used seven House of Kolor candy greens along with flakes, ice pearls, chameleon pearls to pattern out the truck inside and out. Miggy, also of Tintaz Auto Art finished it up with Riddler’s logos through out.