Newsletter
Sign Up today for our FREE Newsletter and get the latest articles and news delivered right to your inbox.
Home » 1951 Chevrolet Panel Truck – Homie Stylin’ Delivery Service 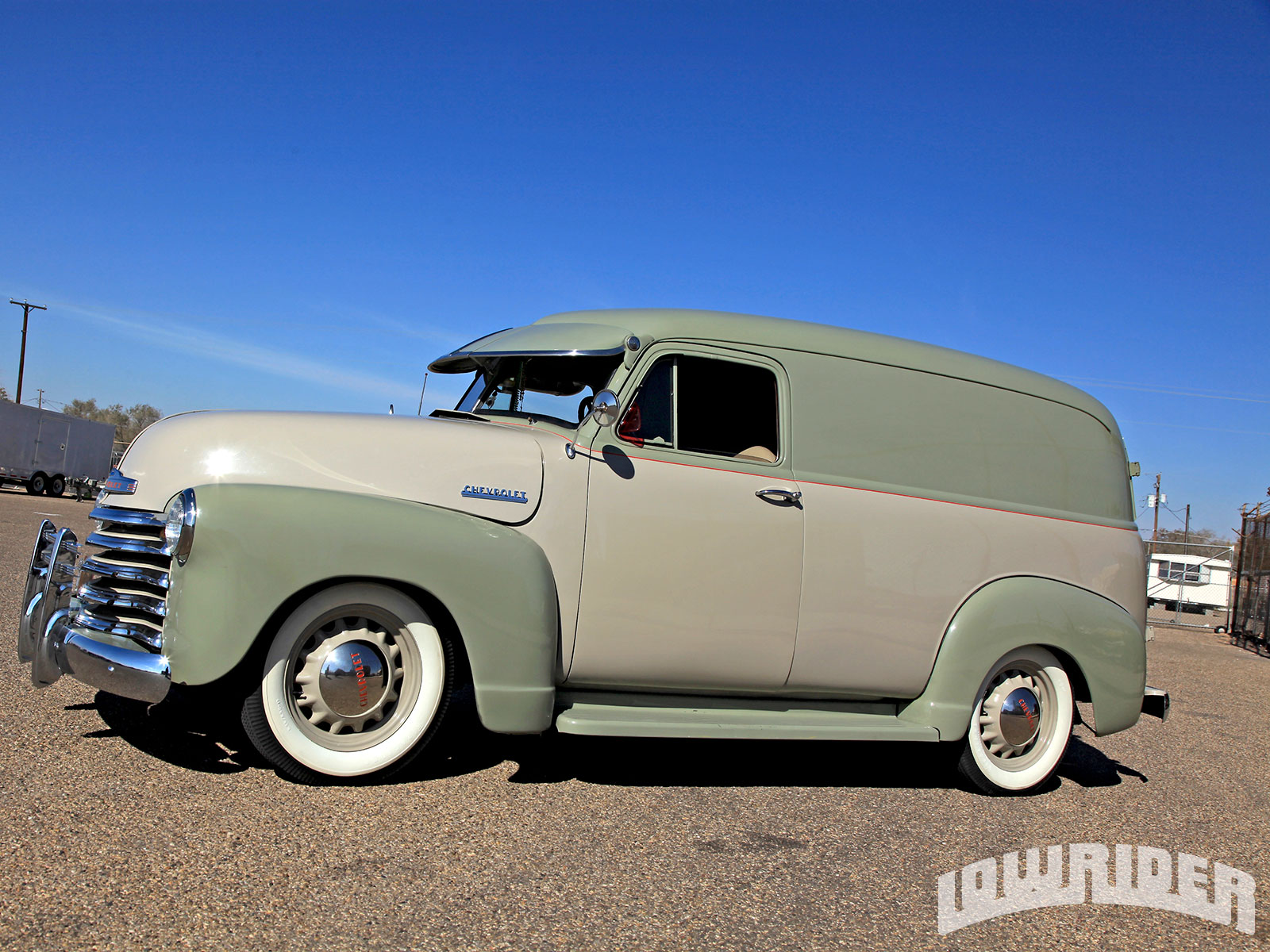 Memories from our childhood are very important to most of us and the owner of this beautifully restored 1951 Chevrolet Panel truck can certainly agree. Dallas, TX. resident, John Sabedra, purchased the vehicle in the summer of 2005. “I bought it because it reminded me of my father,” explains John. When John was a child, his father owned a panel truck like this one, and he remembers it quite fondly. Naturally, when an opportunity arose for him to purchase one, he jumped at the chance. A man named Zeke, at Garcia’s Customs in Oklahoma, originally acquired the panel truck. “Zeke fully restored the Chevrolet back to its original glory; right down to the original two-tone olive green paint scheme and seventeen-inch artillery wheels,” says John. Other than doing an engine swap, modifying the suspension, and adding a few other minor details, John pretty much kept the vehicle the same as the day he bought it. “I couldn’t have built it any better myself,” states John.

Since acquiring the truck, he has already won numerous trophies and awards, and it has placed first in its category five times at the Odessa, TX. Super Show where we laid eyes on it. “The truck has been all over Texas, including a few shows in Oklahoma, Arizona, and New Mexico as well,” says the proud owner. When the truck isn’t claiming top honors at a show, you can likely catch it on the streets of DFW with John and his wife, or grandkids inside, enjoying a cruise or making a quick run to the grocery store. “I love being in my cars” says John, “and this one is definitely no different!”

A special thanks goes out from John to Zeke, and everyone who had a hand in building the Chevy. He also sends a very special thanks to his wife, Carol, who, as he happily explains, “has always supported me.”