Newsletter
Sign Up today for our FREE Newsletter and get the latest articles and news delivered right to your inbox.
Home » 2007 Cadillac Escalade – La Barbie 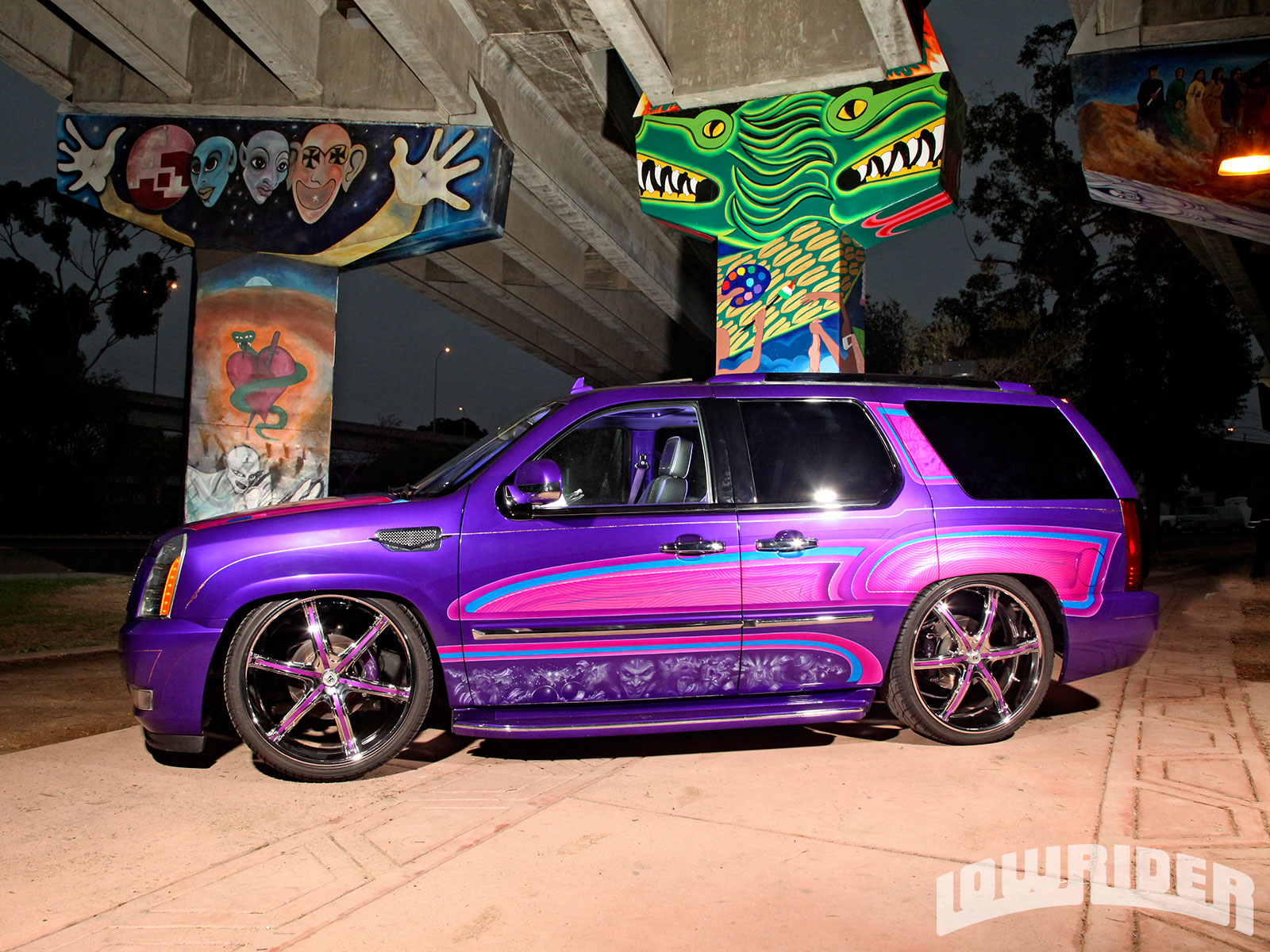 Lowriders and car enthusiasts take inspiration from many things and for Aaron Pinal, that inspiration came from the car show scene. For as long as he can remember, pilgrimages to these exhibitions served as his introduction to the car-obsessed world he lives in now. “I knew that one day I would own one of those custom cars that I used to see in magazines and car shows,” he explains. The vehicle that he had his eye on was an Escalade; a luxury SUV that he purchased in 2007 when he was only seventeen years old! He credits this achievement to the fact that he had been working in his family’s restaurant from a very young age. “I began working on it immediately,” says Aaron. He wasted no time in adding 26-inch wheels and a sound system with big bass to match. The black truck was later airbrushed with a purple mural, which served to guide the way it looks now. After Aaron joined the Escondido chapter of Nokturnal car club, he gained a greater insight as to what it takes to build a show car and he decided to redo the truck. “I really liked the way the purple stood out from the black, so I wanted to keep it purple,” he explains. After talking to Mexico Collision Center and kicking around some ideas, the transformation started. “My truck has gone through a lot of transformations and I am really happy with how it is now,” says a proud Aaron, though he insists that he is in no way, shape, or form done with customizing the Caddy.

Aaron would like to thank his Nokturnal car club for the motivation in building his truck, and all the shops that helped put it together, including Mexico’s Collision Center, Audio Factory, SIK Fabrications, California Upholstery, JC Auto Style, and Robert Garcia.

Body/Paint: Mexico Collision Center handled the paintwork with a House of Kolor Purple Pearl that was followed by violet, pink and blue patterns. Robert Garcia of Altered Image in Hesperia, CA., added the murals found through out the SUV.