Newsletter
Sign Up today for our FREE Newsletter and get the latest articles and news delivered right to your inbox.
Home » 1991 Chevrolet C1500 – Krazy Kreation 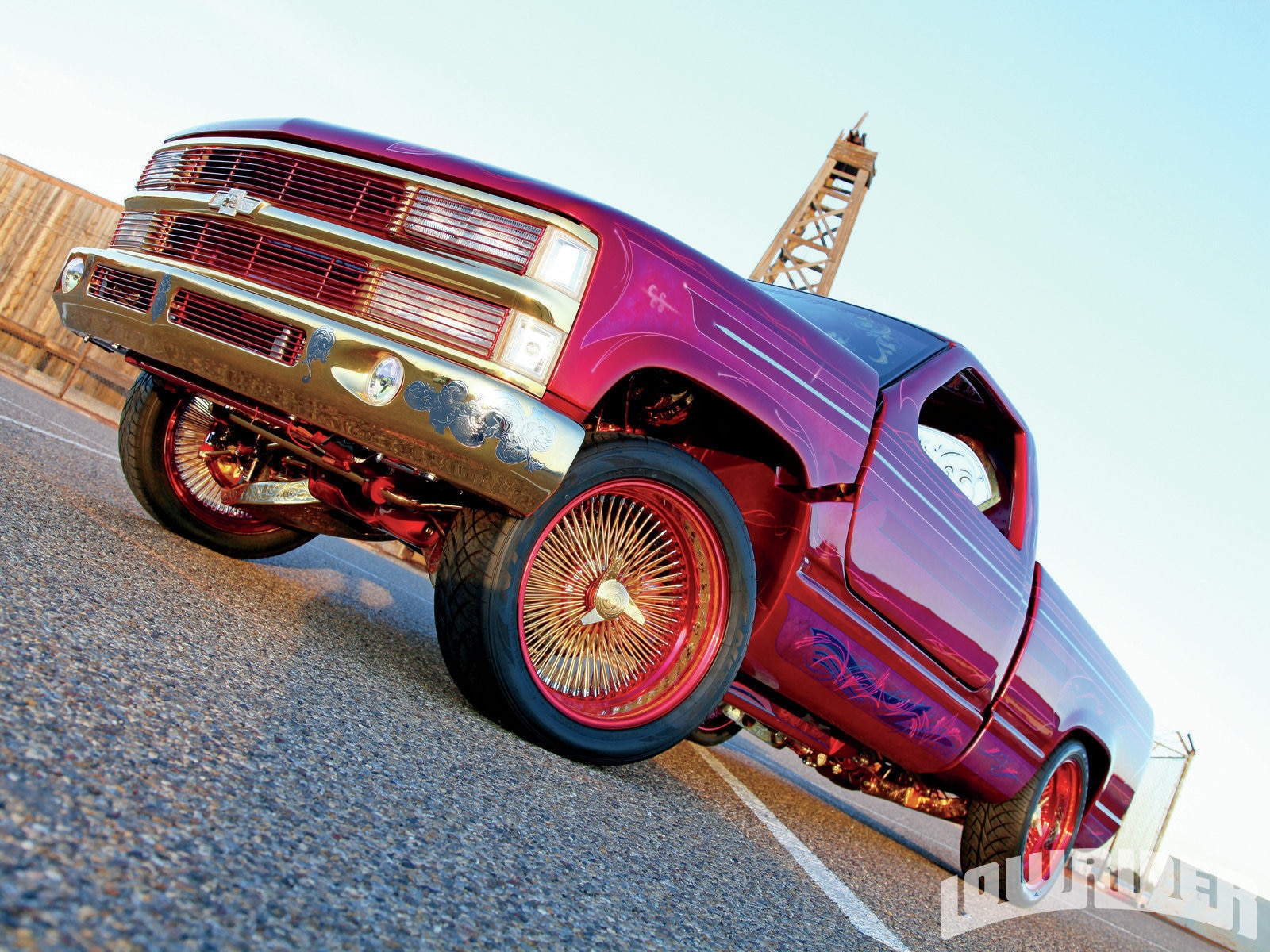 In recent years, the border town of Eagle Pass, TX has seen its share of difficult times. From twin tornadoes destroying its neighborhoods and water treatment center along the twisters’ four mile stretch, to the nationwide attention paid to the ongoing violence with the Mexican drug trafficking rings, the area has had its fair share of hardships. Due to such events, many of the area’s residents have moved away, however, one family has decided to endure and have persevered through Lowriding. The Sifuentes family has been synonymous with Lowriding in south Texas since the early 80’s; from cruising Maverick County Lake to participating in shows throughout the state. In 2000, the family club would join South Texas royalty as a charter club of Brown Impressions. This was the incentive needed in taking these “diehard” siblings to the next level.

Although very proud of his brother, Michael, for taking home silver for Trike of the Year at the 2006 LRM Super Show, Juan Pablo anticipated one day returning to the Sin City finale with one of his own semi-custom rides. That is, until fate handed him a radical opportunity. In May 2011, Juan Pablo would begin an unforgettable five-month trek that he, undoubtedly, will tell the tale of for years to come. “Over the weekend, my brother Michael heard that Mando Gonzalez was selling his truck, “Krazy Kreation,” Juan Pablo explains. Once we found out the price, we began brainstorming on how to get the money.” The only way for this young Tejano to obtain all the necessary funding included selling his customized Cadillac Escalade before getting beat out of the deal. The first call went to Arnulfo Segura, a charter member in Rochester, MN. “I asked him if he knew of anyone interested in the candied Cadi, and to my surprise he wanted to buy it!” And so, the memorable week began like this; Juan packed his bags, loaded the trailer, and left for Minnesota on Monday morning. He delivered the Escalade on Tuesday, headed for the desert on Wednesday. While en route, drove through a snowstorm in Denver, finally arriving in Yuma on Thursday and became owner of the twice crowned LRM Truck of the Year. “It was a great feeling having that beautiful truck in my trailer as I drove the last thousand miles back home,” he says.

The next goal was to get this radical truck into show quality condition to qualify for the goal-driven Sin City finale. “Krazy Kreation” qualified at the Dallas sanctioned event, leaving little doubt why it has held previous titles. In October, Juan Pablo arrived at the LRM Las Vegas Super Show with a bit more than he originally imagined. Displayed at the center of the show, this two-time champ claimed the admiration of previous fans and new enthusiasts. And with his family and club by his side, the night ended with Mr. Sifuentes winning the 2011 LRM Truck of the Year and symbolically taking home the gold, showing that we don’t give up; we persevere. Paz, Tejas

Engraving: Chrome/gold plating and metal engraving throughout by Krazy Kutting in Yuma, Arizona.

Special Thanks: To my wife and family for their support and to my father, Jesus Sifuentes, for his inspiration and passion in lowriding.