Newsletter
Sign Up today for our FREE Newsletter and get the latest articles and news delivered right to your inbox.
Home » 2001 Ford F-150 – True Gold 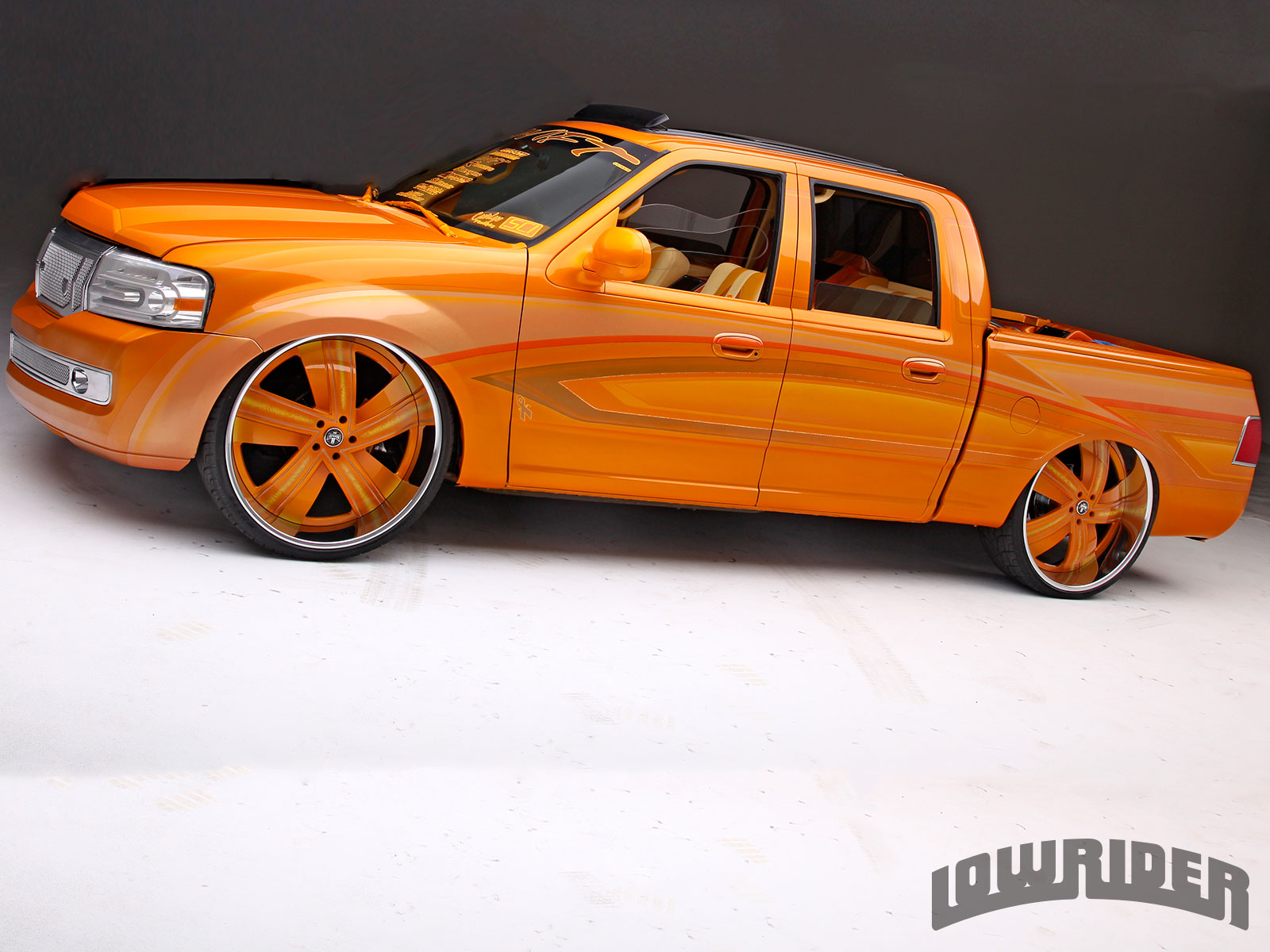 Everyone who comes to be involved in the Lowrider culture starts somewhere, and for Adrian Barba, his fascination with tricked-out cars began when he was a child. An avid collector of Hot Wheels cars, he finally got his chance to get involved in car culture when he graduated from high school. As a reward for his hard work, his gracious older brother gave him a graduation present in the form of a 2001 Ford F150 truck. The excitement was barely enough to contain for the budding enthusiast. “Once I got my truck, I started fixing it up,” says Adrian, who always admired his brother’s truck. “My brother’s truck had some aftermarket wheels, and I took inspiration from how it looked and wanted to go further. That was where I got my motivation to start customizing my own truck,” Adrian explains.

The truck’s transformation started when Adrian added a 2010 Navigator front end, taillights, and a custom-molded roll pan. Juan “El Borrego” Cervantes handled all the bodywork, making way for Leo “El Lio” Contreras to spray the Ford with a mix of House of Kolor candies. Curly, from Curly’s Pinstriping added the graphics to the truck while Joe Camacho, of California Upholstery, in Bell Gardens, CA., stitched together the three-tone vinyl to match the truck’s exterior color. Isaac, an audio expert at 87 Designs, in Pasadena, CA., was called upon to install the audio system, which included a Pioneer head unit, Hifonics amps, MTX 6x9s, and 12-inch Cerwin Vega subwoofers. Kevin, at SIK Fabrications, in Corona, CA., installed the airbags’ setup. Other modifications include a panoramic sunroof, Asanti grill, fully fiber-glassed bed, door panels, and center console. To finish off the truck’s look, custom-painted 28-inch MHT wheels and Fullway tires were added for style and to keep the truck road ready.

Interior: Three-tone vinyl and fiberglass painted with House of Kolor