Newsletter
Sign Up today for our FREE Newsletter and get the latest articles and news delivered right to your inbox.
Home » 1951 Chevrolet 3100 Pickup – Firme ‘51 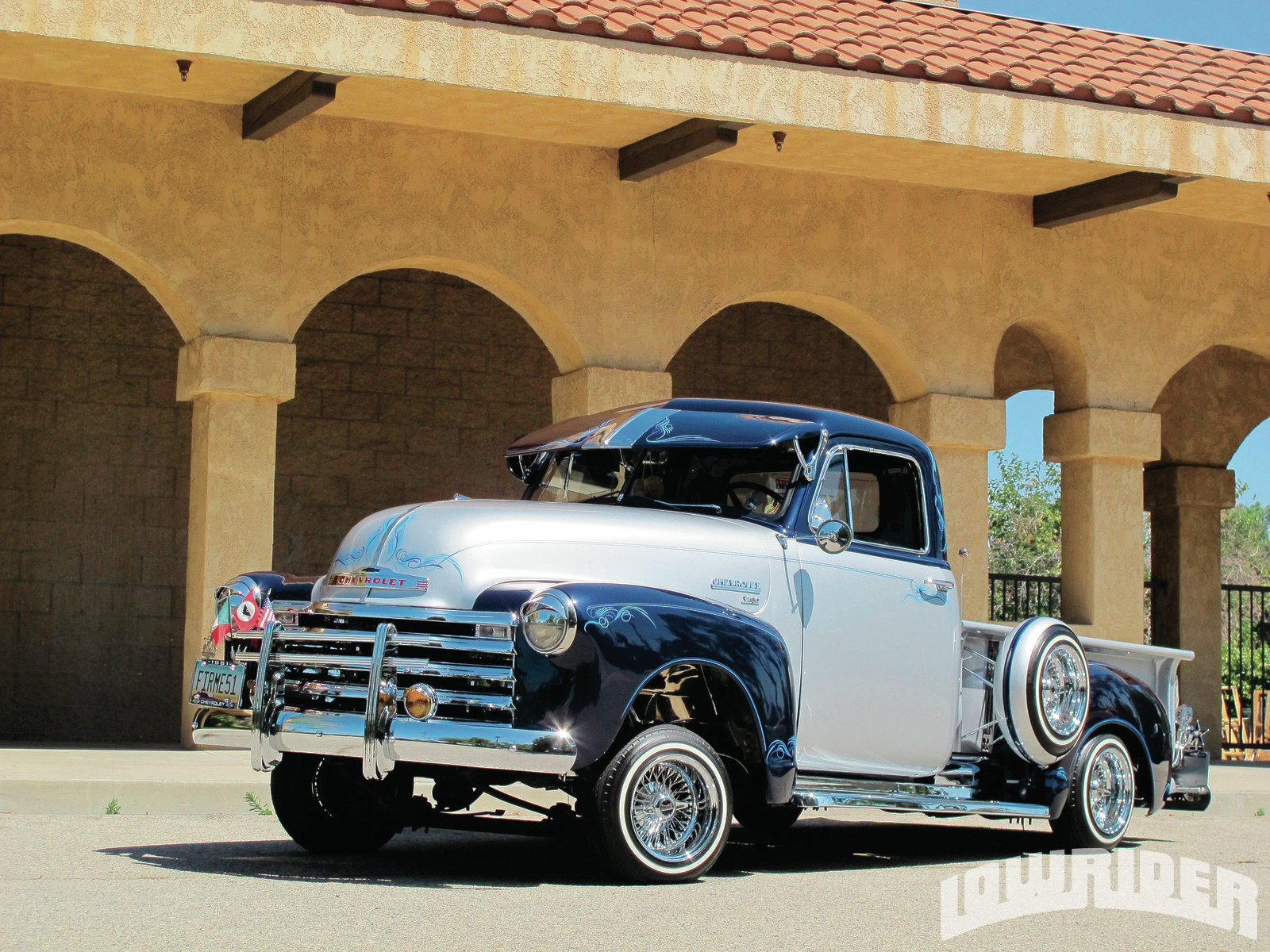 The coolest thing about Lowriding is that while we all arrive at the same place in our love for classic cars and the slow n’ low lifestyle, we often get there from many places. Everyone’s entry into the culture is different, yet the results are the same; we become Lowriders for life. When we asked Alex Corella about how he became infatuated with Lowriding, he told us this; “I grew up in a small border town called Nogales, AZ, and I started building model cars at the age of 8. I have to give all the credit to my older brother for introducing me to the Lowrider scene.” Alex’s brother served him quite the introduction, as he built a 1968 Chevy Bel Air 2 door, complete with custom paint and patterns. “After that, I fell in love with the Lowrider lifestyle and loved the culture,” says the Nogales native. His love was so deep that he actually lied about his age as a 15-year-old while applying for employment at Wendy’s; a job he hoped would give him the seed money to buy his first car. He got the job and eventually the car – a 1981 Chevy Monte Carlo and never looked back. “Over the years, I built street cruisers while still living in Nogales,” Alex explains. “I’ve always loved the bombs because they look classy and elegant with all the chrome shining and the gangster look.”

In June of 2008, Alex finally made his way into a Bomb of his own, when he purchased this 1951 Chevrolet 3100. “As soon as I got it, I took pictures and already had a vision for it,” he says with a smile. “I remember it was all beat up, the bed was shot, doors had bullet holes, and it needed a lot of body work.” Alex got to work immediately, pulling it off the frame and ordering parts from Orange Truck and Classic Parts to fix the truck up. While his parts hunts were fruitful, his luck with painters was not, as he was still collecting parts for an unpainted truck two years into the build! “I just kept on buying parts, chroming stuff, and working on the engine, drive train, and frame work until I found Randy’s Hot Rods in Tucson ? they took care of the body and paint work,” says Randy with relief. Guerro at Randy’s applied a two tone, midnight blue pearl and silver metallic scheme, meticulously painting for the better part of a month. Rafa, at Rafa’s Upholstery in Nogales worked his magic with a complementary two tone gray and navy tweed pattern on the interior. “I finished installing the body parts and upholstery, and moved to Tucson, AZ due to changes in my job which delayed the truck build for about 6 months,” says Alex. Once he got settled, Alex had the chrome taken care of by Robert of Capital Metal in Tucson, while he finished off the engine, upholstery, and all the small details of the truck.

It’s safe to say that Alex couldn’t have put his truck together without the help of his family and close friends. He insists that he still has work to do though, vowing to tear down the undercarriage, powder coat and strip the frame, add some gold/chrome engraving to the exterior, add some custom patterns to the paint and cover any loose pieces left over in chrome. Only time will tell if Alex can accomplish these lofty goals, but for now, we hope you enjoys this month’s feature on his already incredible truck.