Newsletter
Sign Up today for our FREE Newsletter and get the latest articles and news delivered right to your inbox.
Home » 2001 GMC Yukon – Kandynali 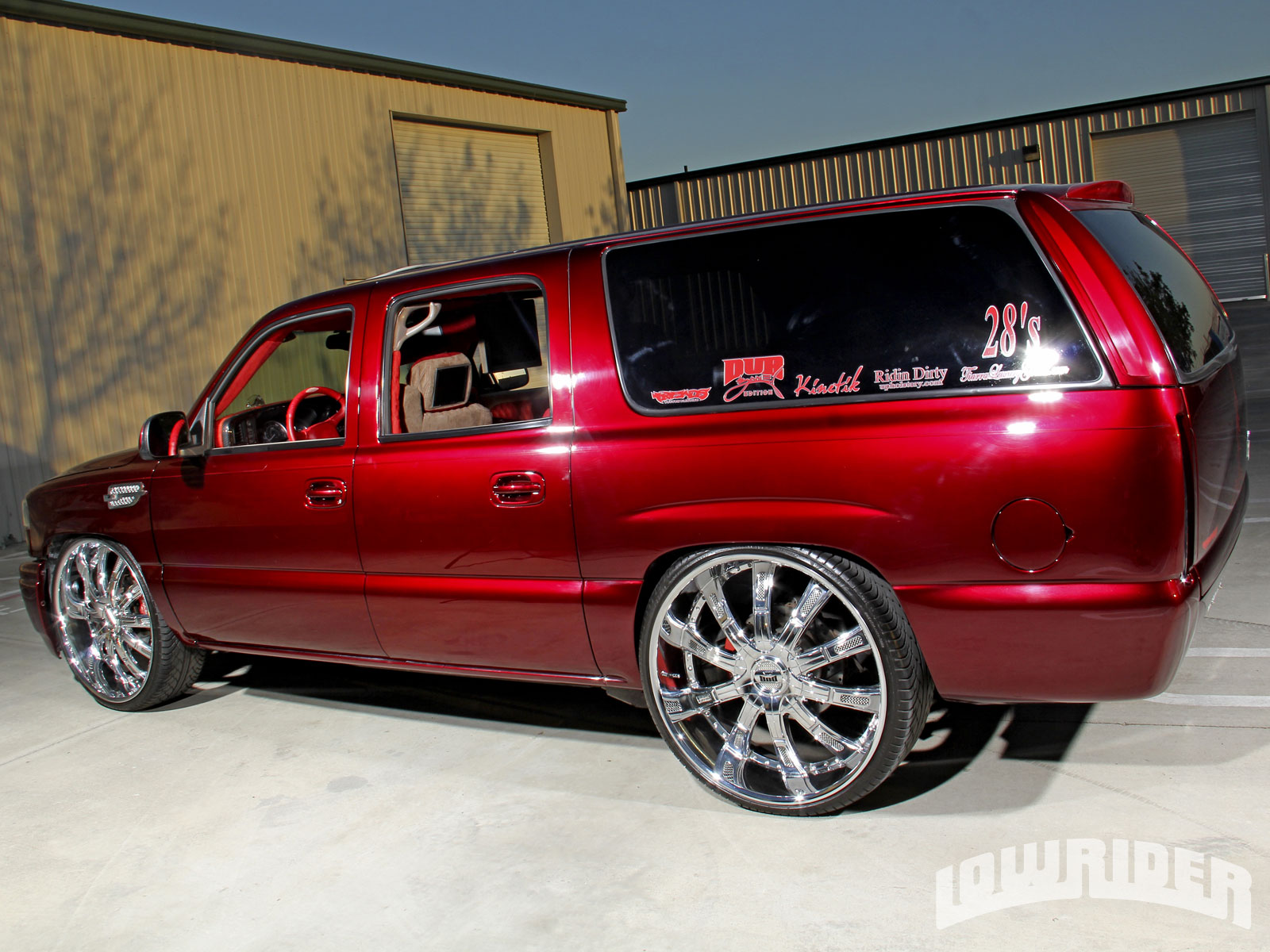 One great thing about auto enthusiasts is that they can never leave their car alone when it comes to customizing. Rafael Vargas, of Salinas, CA., is no different. He bought his latest ride, a GMC Yukon to be a daily driver but like many with custom SUV’s, Rafael couldn’t resist customizing his ride after attending a car show. “After going to a couple car shows I got the itch and I just had to start adding modifications to it,” He says. Looking for an aggressive look, the first thing that Rafael did was to add Lambo doors. Once those were in place, he took the truck to Junior, at Audio Express, in Salinas, CA., who installed the custom airbag setup on the Yukon XL. That was just the beginning for this vehicle as Rafael took it to Joe, over at Trends Custom, in Bakersfield, CA. There, the Yukon received ’96 Cadillac taillights, a suicide hood, a Denali frontend, a roll pan and a hidden tow hitch. Before the Dupont Brandywine paint was sprayed, the rear door and roof rack were shaved off. Once the candy paint was on, Joe added some pinstripes throughout the truck. The next step was to add a booming sound system, which Miguel, at Sound Waves, in Salinas, had no problem hooking up. Miguel added an Alpine head unit, nine Sound Stream monitors, and a pair of Sound Stream amps to power the three Sound Stream 1000w T5-15 subwoofers in the custom box. Efrain, at Riding Dirty, in Hawthorne, CA., stitched together the two-tone suede and diamond stitch interior. In order to give the SUV a classy look, Rafael added a Tiarra luxury grill and vents. Finalizing the Yukon’s transformation, 28-inch Lexani Zane Edition wheels wrapped in 295/25/R28 Dcenti tires were added. Rafael would like to thank Art at Overnite Kustoms, everyone that helped in the build, and all his Swift car club members.