Newsletter
Sign Up today for our FREE Newsletter and get the latest articles and news delivered right to your inbox.
Home » 2007 Cadillac Escalade – El Vago 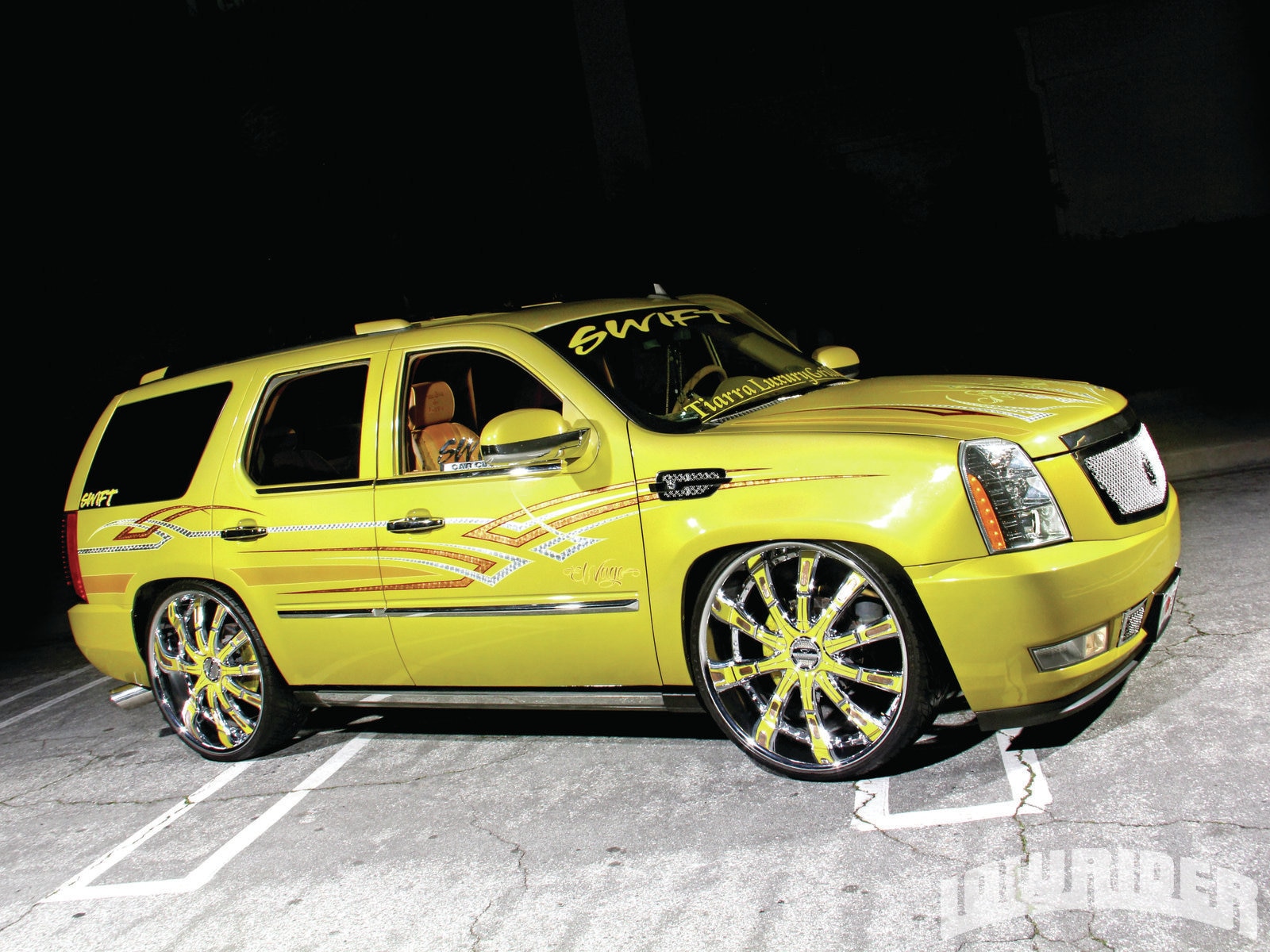 Often times, our first brush with Lowriding comes from our family and friends, as these two groups of people obviously influence us a great deal. Such is the case with Anthony “El Vago” Heredia. As a child, Anthony would always see his uncle “Lazy Bear” cruising Chester Avenue and Niles Street in Bakersfield, CA. “I was hooked, I was completely addicted to custom cars,” says Anthony with a laugh. “I was twenty-years-old when I was ready to get into the custom car scene and by then, there was a whole new scene. People around here weren’t using hydraulics as much; they had switched to airbags and they were putting bigger wheels on trucks and SUVs.” The new influence forced Anthony to make a decision, and he decided to evolve as well.

Anthony bought himself a 2007 Cadillac Escalade and in no time he had 26-inch wheels, an airbag suspension, and had the luxury SUV in a brilliant Candy Blue pattern. “I thought my truck looked good until I went to a car show in San Bernardino in 2010. There I saw a whole new level of car customizing and I started getting ideas for mine,” he says. After only a year of having the Candy Blue paint on his truck, Anthony decided to redo the paint in order to be able to take his truck to the next level. The decision was more difficult than what he expected. “My painter kept buying pints of paint for three months and spraying samples until I found one that I was happy with.”

For the interior, he decided to use different animal skins because his father always used to wear ostrich boots with a matching belt. “I asked Joe at California Upholster for stingray, elephant, and ostrich skins,” he says. “I also wanted a design on the truck’s headliner and my pinstriper Bobby Negrete came up with a sketch for Joe to use.”

Now that the hard work is over, Anthony’s truck is the way he had hoped it would be when he first began customizing it. Anthony would like to give thanks to his family for supporting him and helping him build his truck. He also sends thanks to his painter, Andy, for dealing with him, Bobby Negrete for doing the leafing, Joe for doing his upholstery, Jarboe Designs for adding the sound system, Tony from Tiarra Grills, and his Swift family as well for all they have done for him.

Interior: Joe at California Upholstery in Bell Garden, CA., put together the award-winning interior by using elephant, stingray and ostrich material. A Gold Centenario was added in the middle of the steering wheel.

Setup: Swift Customs in Bakersfield, CA., installed the Slam Specialties airbags with AVS switches that give the Escalade front, back and side-to-side action.