Newsletter
Sign Up today for our FREE Newsletter and get the latest articles and news delivered right to your inbox.
Home » 2007 Harley Davidson Deluxe – SIKDLX 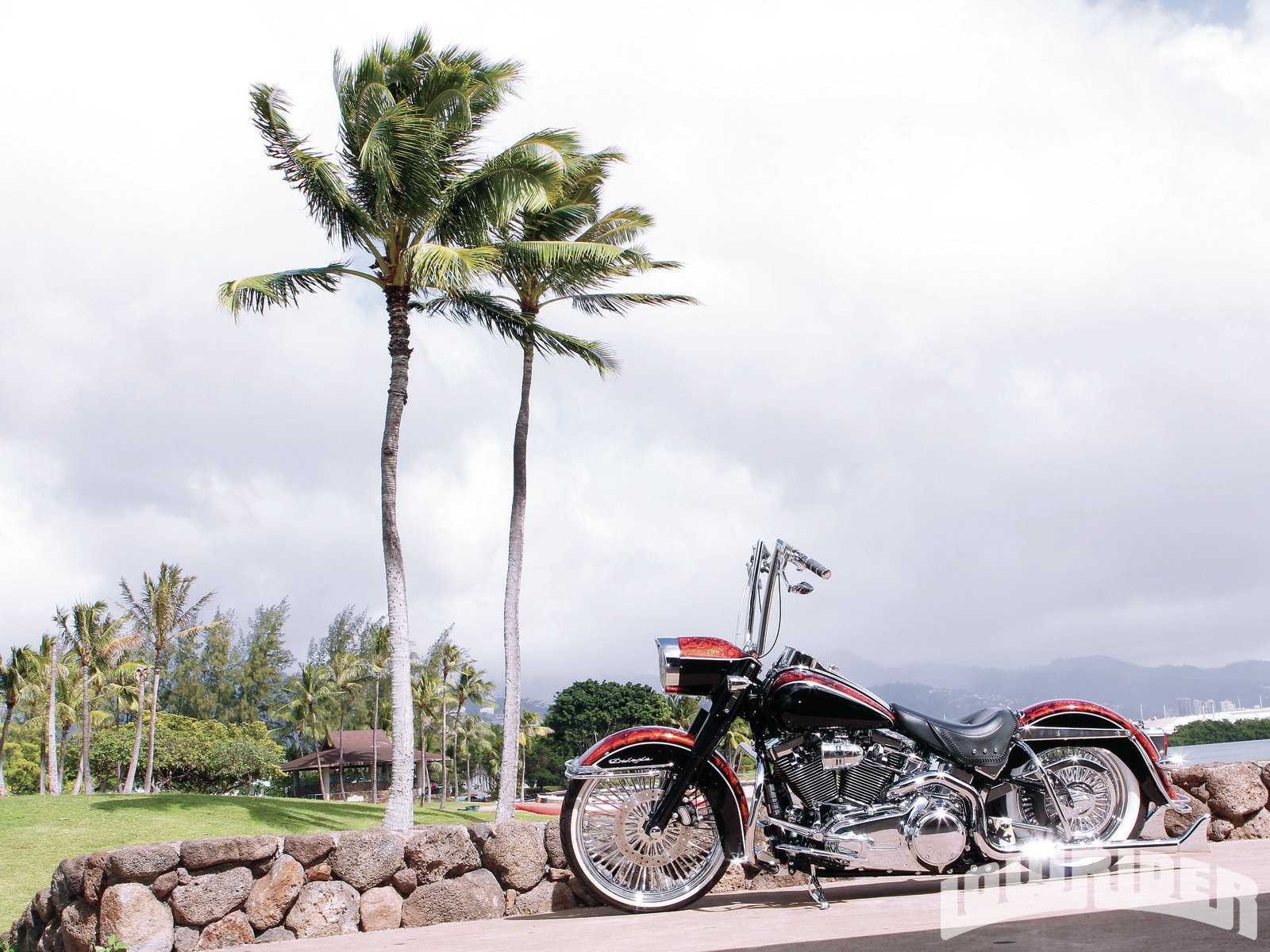 The island of Oahu is known for its beautiful weather and the fabulous beaches from North Shore to Waikiki. In a nutshell, the island is a paradise. Some people are lucky to visit but others are lucky to be able to live on this beautiful island, and Matthew Pasion is one of those lucky enough to call the place his home. With paradise comes a price, and like most local bike enthusiasts, he has two jobs to be able to afford toys like his 2007 Harley Davidson Deluxe.

The bike’s build took about six months and fifteen grand, but the results are certainly worth it! Matt has always been involved in the custom car scene and after seeing all the custom Harleys on the island, he knew he had to have one. Shortly after getting his bike, which was originally painted white and black, he knew he had to make it stand out from the rest. He enlisted Dean Smith, of DSII, to handle all the mechanical aspects of his bike and Scott, from Scotts Kustomz, was tapped to handle the crazy candy orange and black two-tone paint that took this bike over the top.

Some of the accessories added to Matt’s Harley included Performance Machine (PM) Floorboards, hand controls and buttons, rear brake pedal, heel toe shifter, 16″ RSD King Vintage Ape Hangers, BadDad stretched headlight nacelle, LED headlight, and turn signals and taillights. With all of these custom parts on this Harley, Matt is able to enjoy the island scenery as he and his club brothers of Kanaka Hekili MC ride the roads of Oahu. Matt would like to give a special thanks to DSII and SCOTTSKUSTOMZ for helping him make this build possible, and Chris Marshall for getting him started with Harley builds. He also sends his gratitude to Mark Wong and the rest of the Kanaka Hekili MC for all their support.