Newsletter
Sign Up today for our FREE Newsletter and get the latest articles and news delivered right to your inbox.
Home » The Tovar Legacy Continues With This 1937 Chevy Sport Coupe 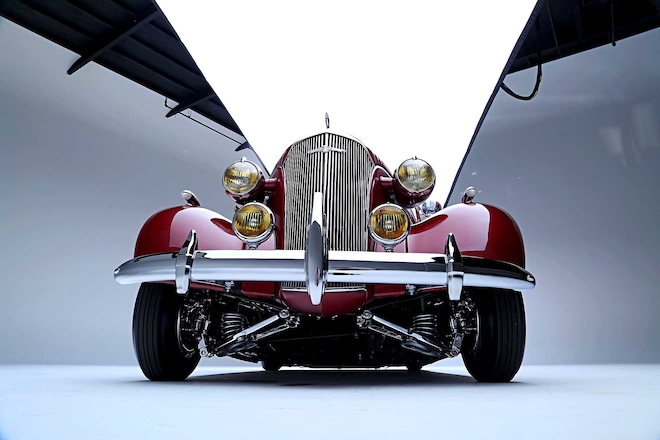 At birth we’re all given a last name, but it’s what we accomplish in life that gives it meaning. So, when four brothers out of Hawaiian Gardens started restoring and customizing some of the most sought after and rare bombs, they in turn created a fleet of stunning works, but also a last name that will go down in history as being one of the greatest in the game.

Known best for their signature slammed look and pristine builds, the Tovar family has become a staple in the lowrider community. Mention the word “Tovar” and almost instantly you’re envisioning a show-quality build that’s an honor to set eyes on. But as equally challenging as building up a name is retaining its status, and to be honest, in this game, you’re only as good as your latest accomplishment.

That said, this bomb here is not owned by any of the four brothers. Rather, it’s owned by Daniel Tovar, son of Paul Tovar the creator of the infamous 1939 Sedan Delivery. But the path to greatness was a tall order to fill, especially when you consider the past accomplishments of the Tovar family.

As a teen, Daniel began building model cars that replicated some of the famous rides that his family built. As each year passed, he’d daydream about building his very own lowrider, but with limited funds his only option at the time was to indulge in lowrider models and bikes. Yet even with all the features he’d already landed customization became second nature to him, but his desire to build a fullsize car became a priority.

After reaching his goal of having a feature-worthy bicycle, he decided to move up a level and build a bomb. It was a big step, and he knew all too well that he’d have to come correct to uphold the Tovar legacy—one that’s best known for excellence and creativity. To begin, Daniel picked up a 1939 coupe, but it was short lived thanks to a chance meeting with some old friends. “My friends Lomo and Carlos showed me a fuzzy photo in a flip phone of a car with a rumble seat and Continental kit.” In an instance, Daniel right away knew that it was a rare car. That car ended up being a 1937 Chevrolet Sport Coupe, of which only 2,935 of them were produced. “I knew I had to do whatever it took seal the deal,” Daniel says, so he sold his 1939, drained his savings account, and scooped up the Sport Coupe in New Jersey.

When the car finally showed up it felt like Christmas for Daniel. “I’ll admit that the car looked ugly but I could see the end result in my head and knew it was everything I wanted and more.” The car wasn’t in the driveway for 10 minutes when his uncle Michael led him to a 1939 Master DeLuxe front clip that he could use to begin the build. From there, a good amount of his time was spent online—and at swap meets—tracking down rare and hard-to-find accessories. In the end, he gathered a laundry list of products, including dual GM S-1 safety lights, Appleton foglights, overhead speaker, streamliner fender skirts, the list goes on and on.

While the parts trickled in, he shipped out the front suspension, grille, bumpers, and accessories to Metal Finishing Marketers where they refinished and rechromed all the parts. His Uncle Eddie took on the task of giving it that Tovar signature look of being slammed, so he went to work. Eddie then installed the Hoppo’s setup before having Lou’s Muffler reroute the exhaust system so it could clear the floor. Blindstitch Upholstery installed the Hampton Coach interior while Daniel created a stealth sound system. To do that, the head unit was installed in the glovebox, while the heater and original radio tube housing were converted into a speaker enclosure.

In all, the build took 2 1/2 years and he learned a lot. It remains a family build infused with decades of experience and creativity but in the end Daniel would be the first person to admit that he’s blessed to have such a supportive wife and family. In closing he’d like to thank his wife, his grandpa Amador, his father Paul, and his uncles Eddie, Michael, and Donald for being his biggest supporters as well as his inspiration for this incredible build that is now a part of their collection and incredible namesake.

Suspension
Two Hoppo’s pumps with 6-inch cylinders in the front, 12-inch in the back, and two Interstate batteries