Newsletter
Sign Up today for our FREE Newsletter and get the latest articles and news delivered right to your inbox.
Home » Alfredo Quintero’s Impala Glasshouse – SEMA ’19 Spotlight #MTSEMA19 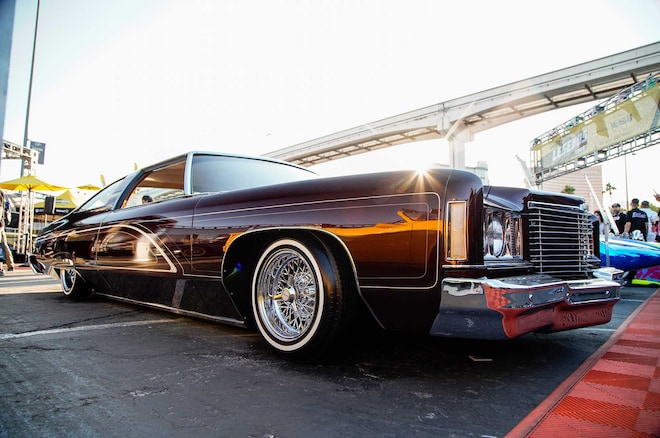 As this year’s Hot Wheel Legends Tour came to a conclusion at the SEMA convention in Las Vegas, we were treated to the 20 winners chosen throughout the country on display. For us, the standout was Alfredo Quintero’s 1975 Impala glasshouse. Alfredo, who made the journey all the way from Atlanta, GA. says he is honored to be representing the lowrider culture. Right away, we could see why he was selected. Pete “Krazy” Beccera’s effervescent paint job could be seen even among the hordes of spectators. With patterns throughout the hood, trunk, roof and dashboard, it was the perfect example of what a lowrider paint job looks like. While Alfredo’s car fell just short of the grand prize, the mere opportunity to share the stage with so many other genres of automotive looks and styles tells us that lowriding remains at the forefront and is here for the long haul.