Newsletter
Sign Up today for our FREE Newsletter and get the latest articles and news delivered right to your inbox.
Home » 1985 Cadillac Fleetwood Brougham – How You Like Me Now? 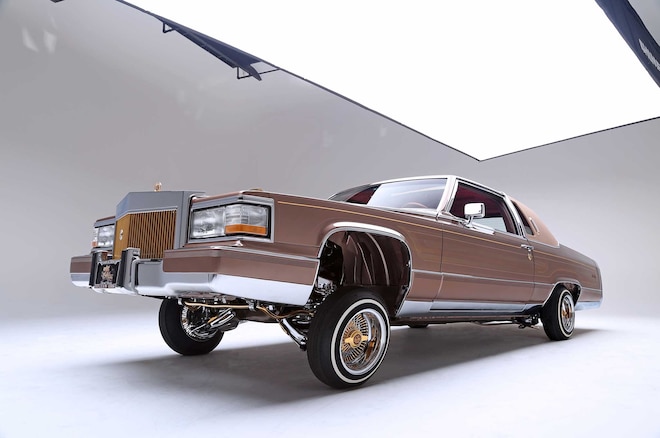 The phrase, “The apple doesn’t fall far from the tree” is something that perfectly describes Mike Villagrana. It all makes perfect sense when you realize that his father Indio is a legendary hopper that opened up his first hydraulic shop back in 1975. At the time, Mikey was just eight years old when he helped his father wrench on cars, so it should also come as no surprise that Mike followed in his father’s footsteps and opened his first shop when he was of age.

But just like any new shop, Mike needed to showcase his work, so he decided to create a flagship car that repped his shops capabilities and purchased a 1985 Fleetwood. The car wound up being a hopper that served its purpose prior to it being sold off. A few years later, Mikey had the opportunity to repurchase the same car. It was no longer running, but the body was clean, so he got to work and decided to rebuild it as a show car instead of a hopper. He had L&M Auto Body prep the car and lay the metallic brown paint. DC Customs then laid the patterns and striping and once the exterior was done, he dropped in an LT1 motor as well as a full hydraulic system, new interior, and full sound system at his shop MK Garage.

The build took almost two years to complete. “It was difficult finding time to work on it and run a business,” said Mickey. He adds, “Since the car was originally a hopper, it started off more beat up than your normal project car and to be honest, I’ll never rebuild a car like that again. It should have gone to the junkyard.” Those are strong words coming from a guy with a car this clean, but now that his Fleetwood had made a complete transformation, it was only proper for him to name the car, “How you like me now?”