Newsletter
Sign Up today for our FREE Newsletter and get the latest articles and news delivered right to your inbox.
Home » 1985 Buick Regal Limited – Phase One 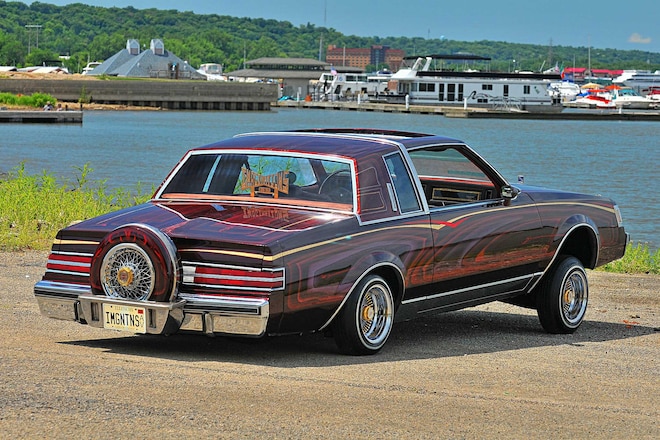 All it takes is one decision—or moment—to change your life. For Gonzalo “Gonzo” Atilano, that moment came when he was 6 years old. At the time, his mother moved the family to Chicago to better their lives, and that’s when he laid eyes on his very first LOWRIDER magazine.

“I was walking through the grocery store with my mom and I saw a Lowrider magazine on the shelf,” Gonzo tells LRM. “I was 15, so it was the model that drew me in, but it was the cars that kept me.” While flipping through the magazine, there was one car in particular that caught his attention, a Buick Regal.

When Gonzo turned 16 he started a job at a local bank and started earning money. The goal was to save enough to buy his first car, so he worked hard. In due time, he located a 1985 Buick Regal sitting on a lot so he decided to drop on in and inquire. It turns out the car was traded in by an older man and it was completely stock and when he heard the asking price he dropped the cash and started planning out his dream build.

While Gonzo had some friends already into the lowrider lifestyle, he knew what he needed to do. He brought the stock Buick to a local shop because of their reputation for hydraulic setups. After a while Gonzo started to learn about the setup and step-by-step he was able to completely transform the original basic hydraulic setup to a custom aircraft setup with his own two hands. The Regal was sent to the paint and body shop for the next step in his plan and was given a very simple coating, along with having the door handles removed.

One day his father stepped on the bumper to retrieve something from a top shelf in the garage and slipped, breaking the bumper fillers. That moment gave Gonzo an excuse to step up his game. He recoated the Buick with elaborate paint, graphics, and leafing. His friend, Hector, from his car club, Imaginations, added his expertise by installing a 42-inch moonroof in the Regal. The next step was removing the stock interior and adding new cloth and leather and suede fabric.

Throughout his life, Gonzo has exceeded all expectations and from a small 15-year-old child at the grocery store to a mechanic married to his beautiful wife, Veronica, he can only thank his loving mom, Celia, for her support. He also wishes to thank Imaginations for all their help. “Phase One” is the name Gonzo decided to give the Buick because he plans on making many more changes and alterations but is very proud of his first step.