Newsletter
Sign Up today for our FREE Newsletter and get the latest articles and news delivered right to your inbox.
Home » 1963 & 1962 Chevrolet Impalas – Generational Flow 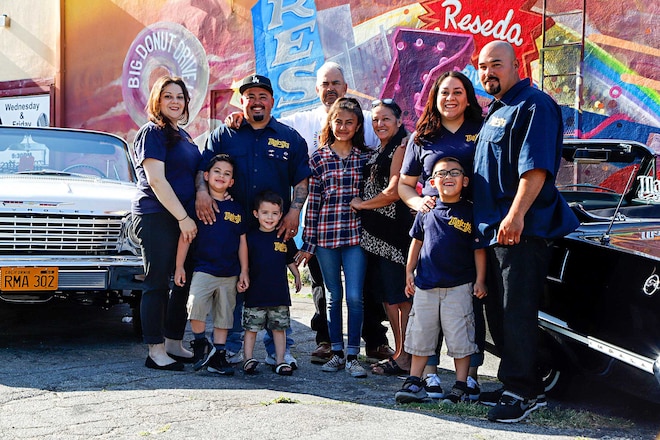 An affinity for classic cars is what brought the Millan family together, and now their sons, Rafael Jr. and Johnny, are hooked and carrying on the tradition. For nearly 50 years they’ve both shared in the family’s passion for classic cars, which started back in the ’70s as they watched their family collect and restore classic vehicles. Wanting to follow their lead, they were unsure where to start until a friend lent Rafael his 1962 Chevy Impala. He remembers cruising the streets of SoCal and daydreaming about having one to call his own. Later, Rafael shared this revelation to his father who in response said, “Find one and we’ll put it together.”

Years had passed since that conversation, and at the time Rafael was preoccupied with another build, but he never gave up on his dream. One day his father stumbled across a 1962 in the neighborhood while passing out business cards. Upon seeing the car, he called his son and told him to come over and knock on the homeowner’s door, only to find out the car wasn’t for sale. Not one to take no for an answer, they went back a second time around with a much larger offer and the owner became interested. To help seal the deal, the duo showed the car owner their garage, and after bearing witness to their restoration he agreed to sell the Impala. The Impala required some serious work, but the Millan family was more than up to the task.

Shortly after they started on the car, Johnny purchased a 1963 Impala to add to their collection, and the next three years were spent with family tearing apart and rebuilding both cars. They pushed each other to achieve their dreams. Both cars represent the Millan family’s dedication and commitment to each other. With Rafael’s ride white and Johnny’s black, the complementing colors represent the Yin and the Yang, with two the opposite halves coming together to become one.

Rafael says he plans to “keep the generations flowing” by passing on his love for cars to his two young sons. These Impalas are more than just another lowrider on the road. For Rafael and Johnny, they are a symbol of their long-lasting heritage and the strong love for this family.