Newsletter
Sign Up today for our FREE Newsletter and get the latest articles and news delivered right to your inbox.
Home » 1939 Chevrolet Master Deluxe – El ’39 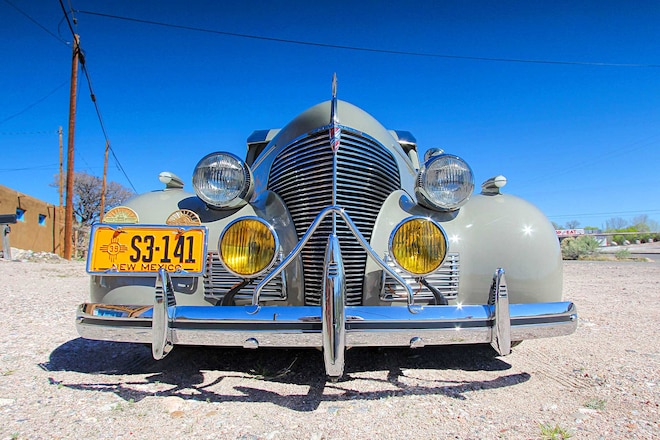 The year was 1939 and a lot of cool stuff was happening. The worlds fair opened in New York, Gone with the wind was in theaters. A lot of not so cool stuff was going on as well. World War 2 started along with the Manhattan project. Lets get back to the cool list though. Chevy also did a redesign for the Master Deluxe with a new frontend, that took styling cues from the Cadillac. With a 206 under the hood this was the car to have. For Gary Herrera his love for the Bombs started over 20 years ago when his good friend Eli Martinez introduced him to the classics. Growing up in Chimayo, Religion, Family and lowriders is a way of life. The 1939 Master Deluxe you see here has a stock look but once he hits the switch and the car lays the running boards on the floor you know there is a little more to this car. The factory suspension has been gone through the rear frame C-notched to make sure the car sits right. Under the hood the Original 205 was replaced with a 235cu in from a 58 Chevy. A split manifold was added so they could run the twice pipes. The interior was also re-stitched in Original style and a Banjo Steering wheel was added. All Gary does to the car these days is put gas in it, Cruise and look for those hard to find accessories.

Wheels/Tires
Stock wheels with Lancer Hubcaps and Us Royals 5:60’s