Newsletter
Sign Up today for our FREE Newsletter and get the latest articles and news delivered right to your inbox.
Home » 1984 Chevrolet Monte Carlo – Monte-Licious 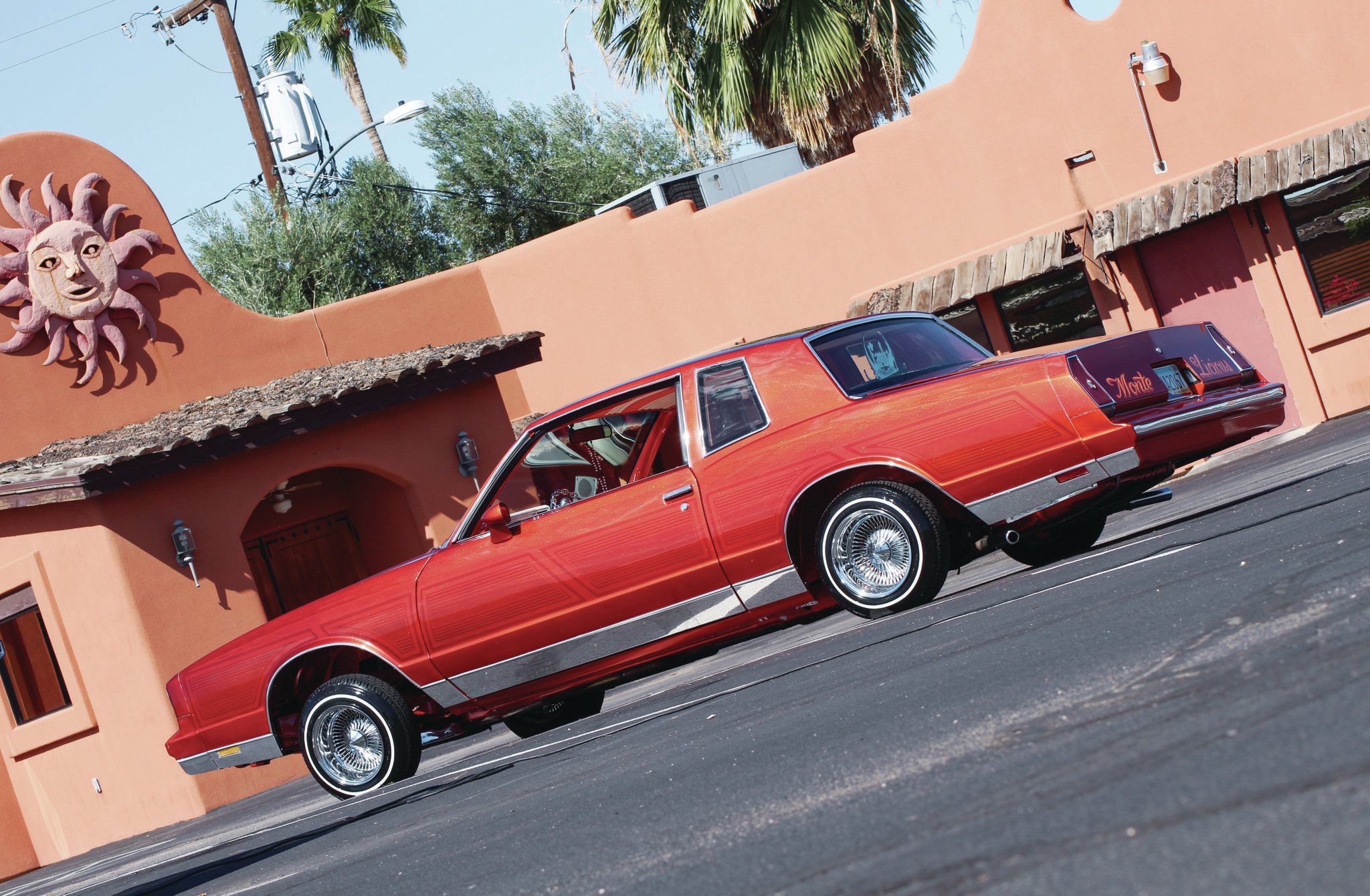 You may ask Gerardo “Jerry” Espinoza, Jr. when he first started lowriding. His response? He’ll say that he’s basically been lowriding since birth! His father was lowriding before Jerry was even on this earth, so no doubt as a child, Jerry was right there on the passenger side with him.

Now, at the age of 23, Jerry has been driving a lowrider of his own for quite some time. His latest creation would be the eye-catching ’84 Monte Carlo you see here. Thanks to the great relationship he has with his dad, the father-and-son team madeover this ride in almost every aspect, tackling the paintjob, interior, and hydraulics. The duo may not admit to being experienced professionals; they point out some of the projects they’ve gotten themselves into were on a “learn as you go” basis. By the looks of “Monte-Licious,” it appears they mastered all.

We caught up with Jerry at Raul and Theresa’s Mexican Restaurant right around the corner from his home in Avondale, Arizona. The south-of-the-border style building provided a great backdrop as well as delicious food for our mid-day lunch break. It was during that lunch that Jerry explained how the car looked when he first bought it. “It was actually yellow in color,” Jerry says, “but I still drove it around.” Jerry paused for a moment, then went on to tell how things went from there. “It was shortly after we got the car that I became very ill, diagnosed with lymphoma. I just had to put my car on hold so that I could deal with chemotherapy and school. I was in my last year anyway, and I at least wanted to graduate.” Thankfully Jerry did go on to get better and the plans for his ride eventually started up again.

With a new lease on life, Jerry decided to go full throttle on the customizations! Candy paintjob with patterns, chrome and painted undercarriage, full-custom interior, hydraulics, sound system, and a trunk and engine that look clean enough to eat off of. Jerry thanks his father for all the help in building Monte-Licious. Jerry says they’re not done with the ride yet and are considering more upgrades soon. We’ll be impatiently waiting!

Body/Paint: Gerardo and his father did all bodywork and prep work before laying down a candy tangerine finish with lace and marble ghost patterns

Suspension: A two-pump hydraulic setup is powered by 10 batteries and controlled by 10 switches

Interior: Vinyl and suede in orange and white