Newsletter
Sign Up today for our FREE Newsletter and get the latest articles and news delivered right to your inbox.
Home » 1973 Buick Riviera – A Parliament Of Colors 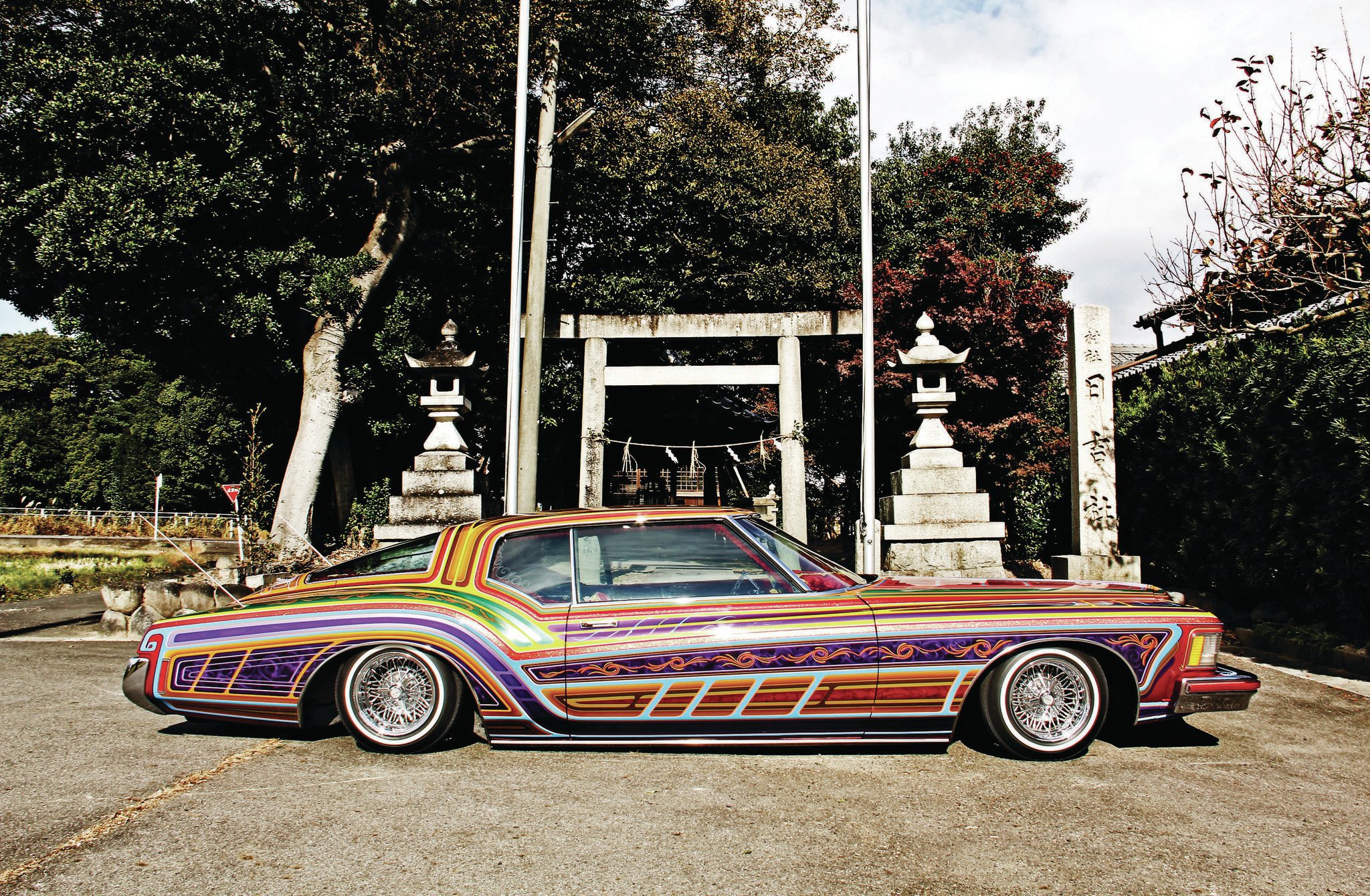 The quest to build a lowrider is more a matter of money and patience than it is decisions. For the most part, building a lowrider requires very little decision-making skills up until it comes time to choose a color. On a basic level, we already know that a lowrider will have a set of wires, a fresh new interior, and maybe a mural or two, but the one part that always seems to have us baffled is choosing that right color. On the real, just choosing to go with a solid paintjob leaves us with a multitude of options. That can be complicated enough, but try something that’s multi-colored and I couldn’t even imagine how one puts it all together.

Thankfully, we have skilled painters who can put it all together, and from there it’s really a crapshoot as to who’ll like it and who won’t. Radical paint schemes are one of those niche arenas (and fields of expertise) where the crowd will either love it or leave it, but for this ’73 Riviera it’s all win. With bodywork and paint done by skilled artisans Jack & Freddy’s, this bath of paints sports a Skittles bag of colors that’s all tied in to perfection. It’s an attention grabber that’ll have you in a daze as you become immersed in the colorful palate, and a definite throwback that pays homage to the lowriders of yesterday.

The Riviera serves as a trip down memory lane, and inside, the full custom interior sports an organic, yet vintage appeal and that’s all thanks to Mr. Horiuchi who helped design it. It’s a cushy interior that plays well with the reds and golds, and once inside, it’s just a matter of a few flicks of the switches and then you’re treated to an out-of-body experience. The full custom hydraulic setup by Cholo’s required the frame to be C-notched, but it’s what literally lays down the foundation. Navigation of the vehicle is done via the mandatory chain steering wheel and it’s the final touch for a cockpit that’s built to please.

Owned by Kuniyosho Ishis from Gifu, Japan, this Riveira is an all-star stunner that drives past language barriers and geographical lines. You see, lowriding can be seen as something as simple as a hobby involving cars and fancy paintjobs, but in reality it’s a cultural movement that speaks many languages. But ask anyone to translate that language and they’ll all tell you the same thing because at the end of the day lowriding is about family, pride, respect, and the need to be different.