Newsletter
Sign Up today for our FREE Newsletter and get the latest articles and news delivered right to your inbox.
Home » 2006 Dodge Charger – Phantom King 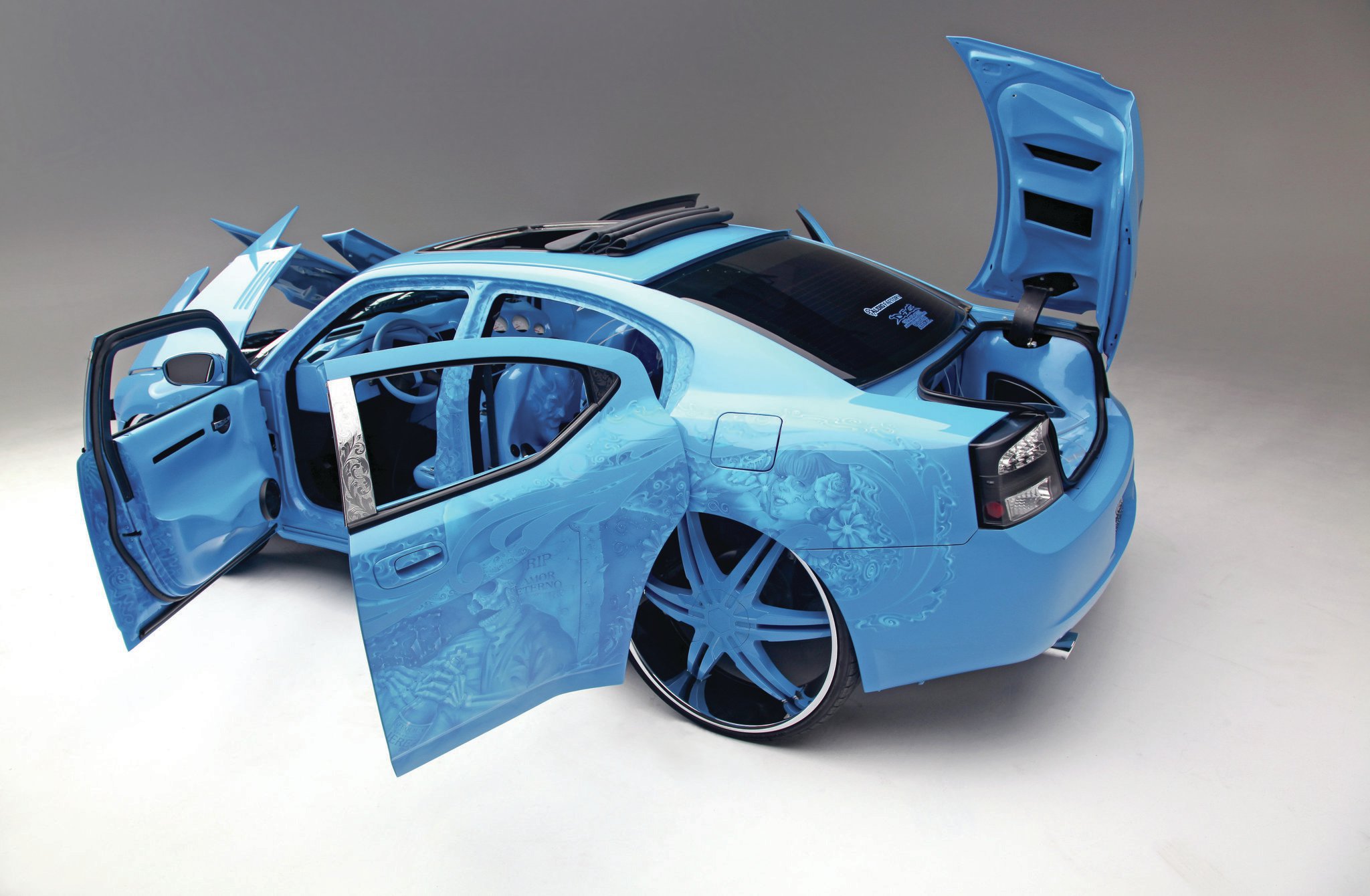 After many months of maintaining two part-time jobs while going to school, Francisco Alecio of Ontario, California, decided it was time to get something to show for all of his hard work. He explains, “I thought that the 2006 Dodge Chargers looked aggressive yet stylish, so I bought it brand new off the lot. They had just come out so you never really saw them around at the time.” Francisco wasted no time adding rims and a system to his new pride and joy. “All I wanted to do was build me a clean street ride to turn heads while I drove around.”

Soon after, Francisco ended up joining a small club and began taking his Charger to car shows. Before officially joining Nokturnal in 2007, Francisco recalls, “I used to see Nokturnal at the shows and since they are a big car club, I always assumed that I would just be another number to them if I joined. I later found out that it’s not like that. Everyone knows each other and we are like a family. That really attracted me to join the club.”

During one of Nokturnal’s meetings, the club discussed how they were continuously losing in one of the car show categories. They wanted to do something to be able to compete in that category and Francisco felt that it was his calling to step up his car from street level to a full show car. “I threw the car in the shop right away and decided to go all out on it,” says Francisco. The build did not disappoint when it came out and it has yet to lose a show since it was finished three years ago. As the “Phantom King” continued to succeed, Francisco was eventually called up to the frontline to help represent the different chapters of Nokturnal. Since then, he has been to shows in Fresno, San Francisco, Dallas, Arizona, Las Vegas, and just about anywhere else he has been called upon. That being said, the car is far from done as Francisco has plans to add patterns, change up the wheels, and add some chrome to the undercarriage.

Francisco would like to thank Impala King Chris, Lil Raider, Lexoma, Zacatecas, Taxima, Gotti, and the rest of his club for always being there to help him take care of the car when he couldn’t make it to a show. He would also like to give a shout out to his girl for putting up with his crazy hobby.

Body/Paint: MA Auto Body installed the wide body, JT Auto Style installed the custom grille that was engraved by Engrave It Inc., and it was painted Grabler candy blue with white pearl and all the airbrushing was done by DSG