Newsletter
Sign Up today for our FREE Newsletter and get the latest articles and news delivered right to your inbox.
Home » 1962 Chevrolet Impala – Black Diamond 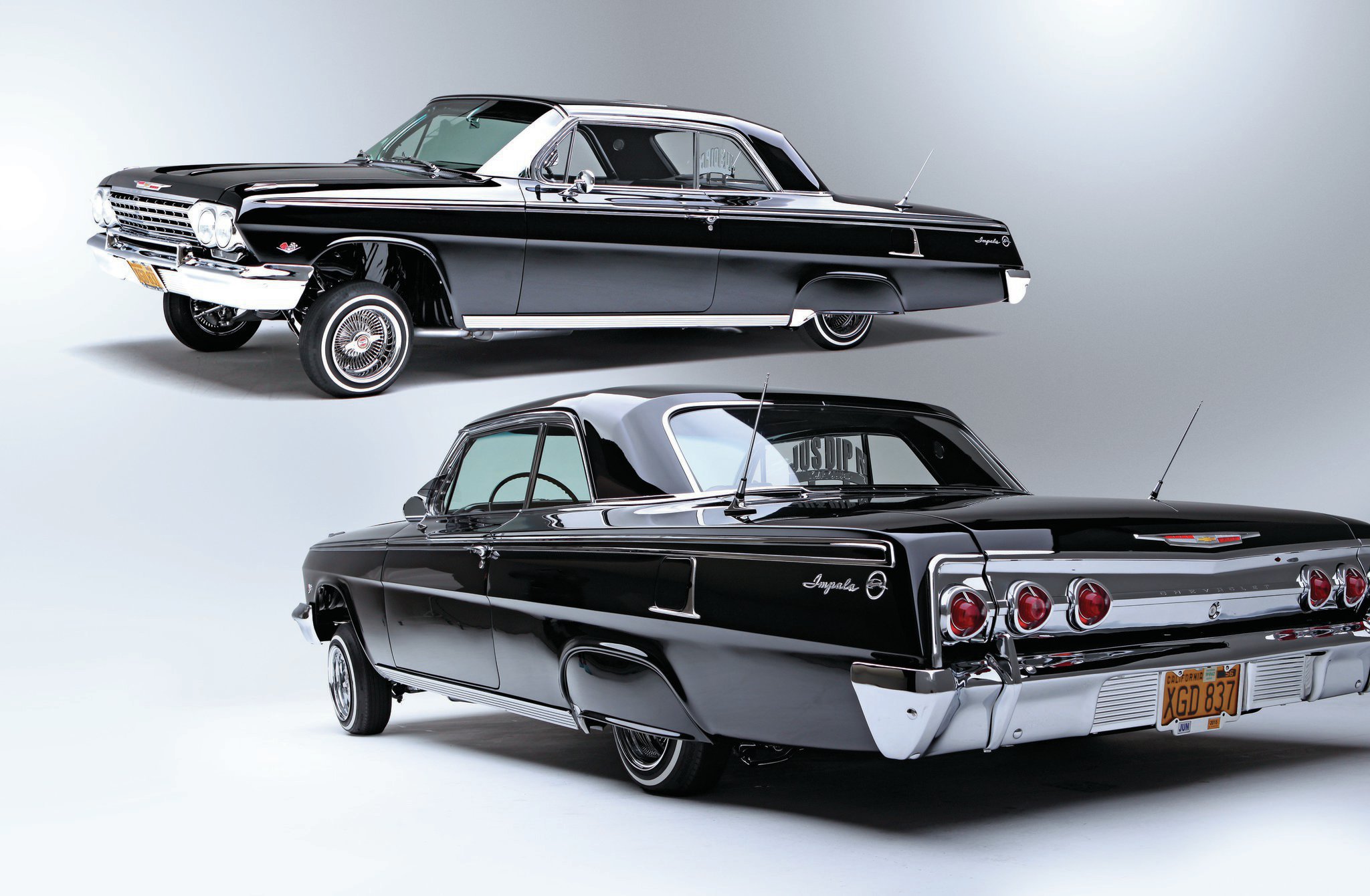 As a third grader, James “Pop-Roc” Barnwell used to get dropped off at school by his uncle, Co-Roc, in a canary yellow glasshouse lowrider. His fondest memories included rolling up to school with James Brown bumping out of the six 6×9-inch speakers and all his friends running up to the car from the playground in admiration. That’s when Pop-Roc got hooked. He was so interested in every aspect of lowriding that he began building model cars while also drawing up sketches of lowriders, bikes, and everything else that had to do with the lifestyle. In the early ’90s, Pop-Roc owned his first lowrider that included only one pump in it along with four dumps that enabled him to hit front, back, and pancake.

Fast forward almost two decades later, Pop-Roc was riding in his two-door Brougham with his younger cousin, Darnell Bing, who played football at USC before being drafted to the Oakland Raiders in 2006. Darnell was also fascinated with lowriders and ever since that car ride, Pop-Roc recalls his cousin wanting his own. “Once he was pro, he bought himself a ’62 Impala project. He had the money to build it, but he didn’t have time,” he says. Darnell wanted to focus on his football career so he decided to give the car to Pop-Roc. “He just told me to keep it and do what I want to do with it. At the time I wanted to get me a rag, but you have to work with what you have.”

Soon after acquiring the vehicle from his cousin, Pop-Roc began running into one problem after another as he started tearing the car down for rebuilding. Losing interest in the project, Pop-Roc found a new passion in riding Harleys. It was during that time that many began questioning if Pop-Roc had what it took to finish the Impala build. “When I was riding the Harley, I noticed that many in the motorcycle scene were doing diamond cutting on their bikes and I knew I wanted to do diamond cutting on my car. This was one of my toughest builds because it required a lot of patience and it was very time consuming,” he says.

In order to get the diamond cut style he was looking to achieve, every piece he tracked down had to be aluminum and have a hard edge. In the end, Pop-Roc built the car with an OG lowrider look consisting of a moonroof, color bar, tilt steering, power seats and windows, along with a new twist that included the diamond cut. Until this day, his cousin has yet to witness what Pop-Roc did to the ’62 he gave him.

“My special thanks goes out to my wife and kids for the support and dealing with my headaches and for always giving me car parts for my birthday presents,” he says. Pop-Roc would also like to thank his uncle, Rickey “Co-Roc” Manning, for sparking the lowrider flame in him and a thank you also goes out to his cousin, Darnell Bing, for originally passing the car on to him.