Newsletter
Sign Up today for our FREE Newsletter and get the latest articles and news delivered right to your inbox.
Home » 1937 Chevrolet Master Deluxe – Black ‘37 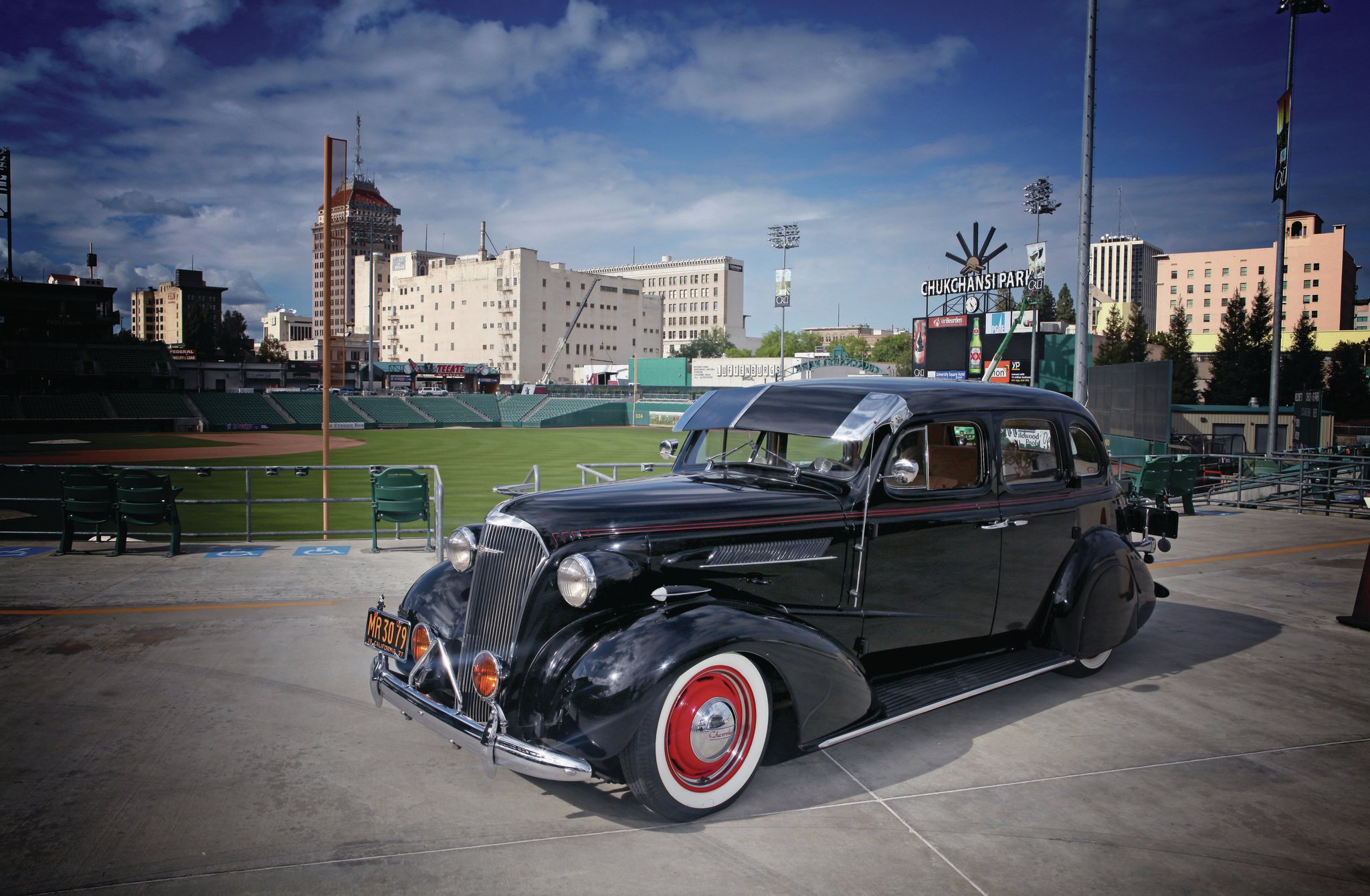 Richard Ortega of Fresno, California, has been a loyal member of Oldies car club for over 20 years. Even more impressive are the number of cars he’s owned throughout his life. Over the years, Richard has bought and sold more cars than he can remember, while he currently has almost half a dozen bombs in his possession.

Richard first heard about this 1937 Master Deluxe through one of his club members. He recalls, “Art from our Bakersfield chapter used to own this ’37, but he sold it to a guy in Ventura for $30,000. After having it for about five years without use, the guy decided to sell it and that’s when Art told me about it.” Richard ended up getting it for $20,000 and although the Master Deluxe was in good condition, it still needed a lot of work. As a result, Richard freshened up the paint, added skirts, lights, a banjo steering wheel, and a few other items.

Like many of his other rides, Richard is now ready to sell this one and bring out his newest ride, a 1936 Chevy. We can only hope for the opportunity to shoot that before he sells it like he did with his 1940 Cadillac that was only brought out once before he sold it. Most of all, Richard would like to thank God for all his blessings.