Newsletter
Sign Up today for our FREE Newsletter and get the latest articles and news delivered right to your inbox.
Home » 1954 Chevrolet Wagon – Ray Of Sunshine 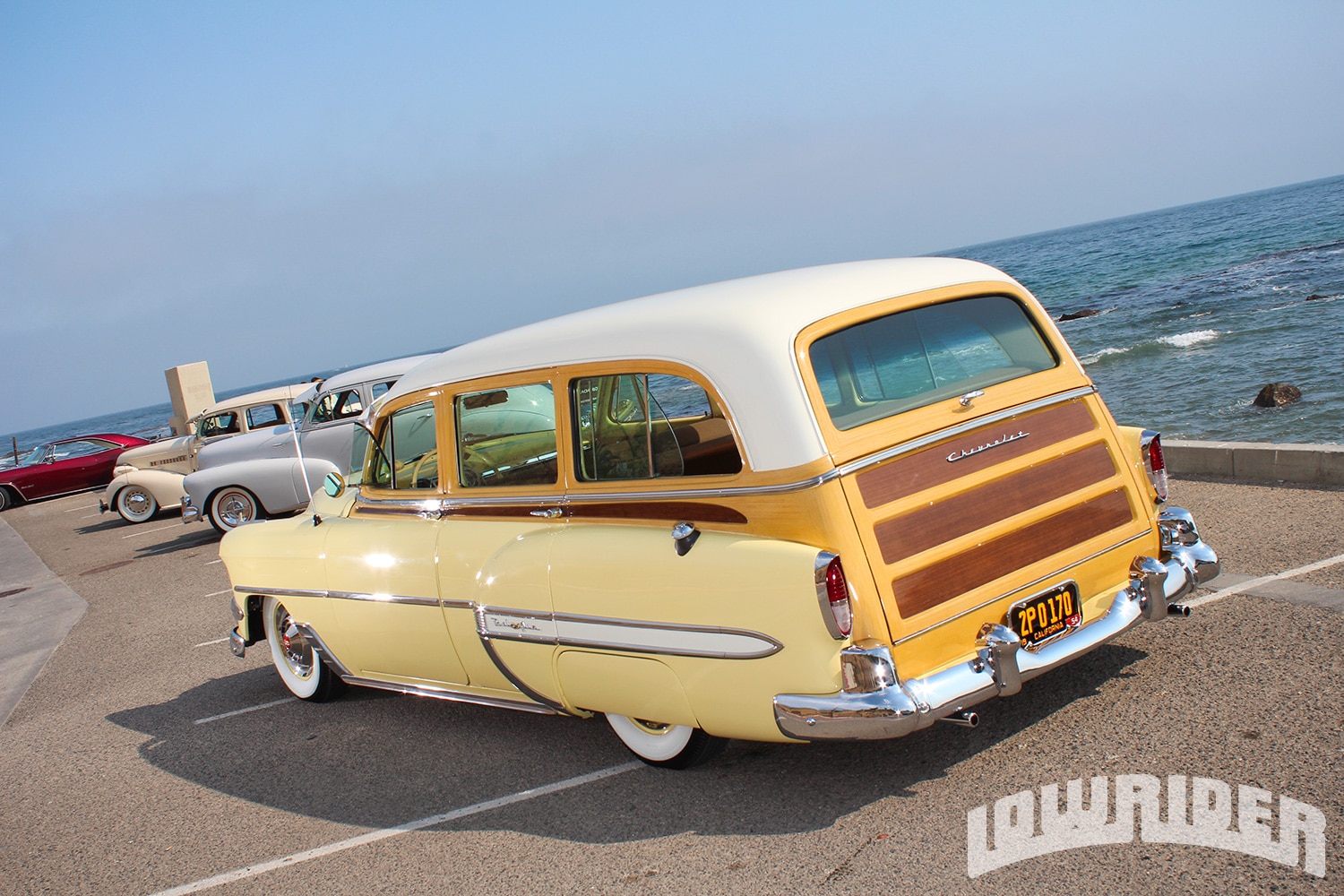 Gardena, California, resident, Ray Velasquez, knows a good project when he sees one. After laying eyes on this ’54 Chevy Tin Woody Wagon in 2004, when his son bought it, he envisioned what it would look like after a solid restoration job. For five years, he watched it lie in wait of receiving a makeover, and Ray decided to ask his son if he could take it off of his hands and try his hand at restoring the wagon. His son complied, and a full restoration was soon underway.

Ray first called upon the famous Joe Epstein, of Epstein’s Mufflers and Auto Restoration in Montebello, California, for a hand in preserving the originality of the vehicle. Ray went to the right place, too; Epstein’s has been in business since 1981 and the shop’s specialty is fixing up and restoring cars from the ’30s-’50s. Joe took on Ray’s project ride, keeping things as original as possible as he worked. The wagon was dismantled piece-by-piece and the frame was powdercoated. Three-inch dropped spindles and de-arched rear leaf springs were installed to give it that undeniable lowrider stance. The rebuilt engine and Powerglide transmission were later installed while the body’s paintjob was also in the works.

What makes a car like this unique can also be a difficult obstacle in restoring it; namely, the wood side paneling. Ray enlisted a specialist to help restore the wood so that it would look like a factory-built model. Alexander Restorations took three months to finish the wood; hand painting and sealing it, and as you can see here, the end result was absolute beauty. Once the wood was finished, the upholstery received a clean makeover before the wagon returned back to Epstein’s for the final assembly and electrical wiring.

Two-and-a-half years and $30,000 later, this ’54 Chevy was looking mean and ready for the streets! Ray is excited about having his wagon ready just in time for the cruising season and he knows his rare Woody will definitely stand out among all the other classic cars. Great job, Ray! n

Engine: The 235cid straight was rebuilt by Joe Epstein of Epstein’s Muffler and Auto Restoration in Montebello, CA, and features a Powerglide transmission, Fenton headers, and 16-inch glass packs.

Body/Paint: Greg of One Way in Norwalk, CA, handled the necessary bodywork prep and paint, ultimately laying down a yellow and white color scheme. All wood grain was hand-painted by Nick of Alexander Restorations in Huntington Park, CA.

Setup: 3-inch dropped spindles up front and de-arched leaf springs in the back.