Newsletter
Sign Up today for our FREE Newsletter and get the latest articles and news delivered right to your inbox.
Home » 1987 Oldsmobile Cutlass Luxury Sport – Texas Comeback Cutlass 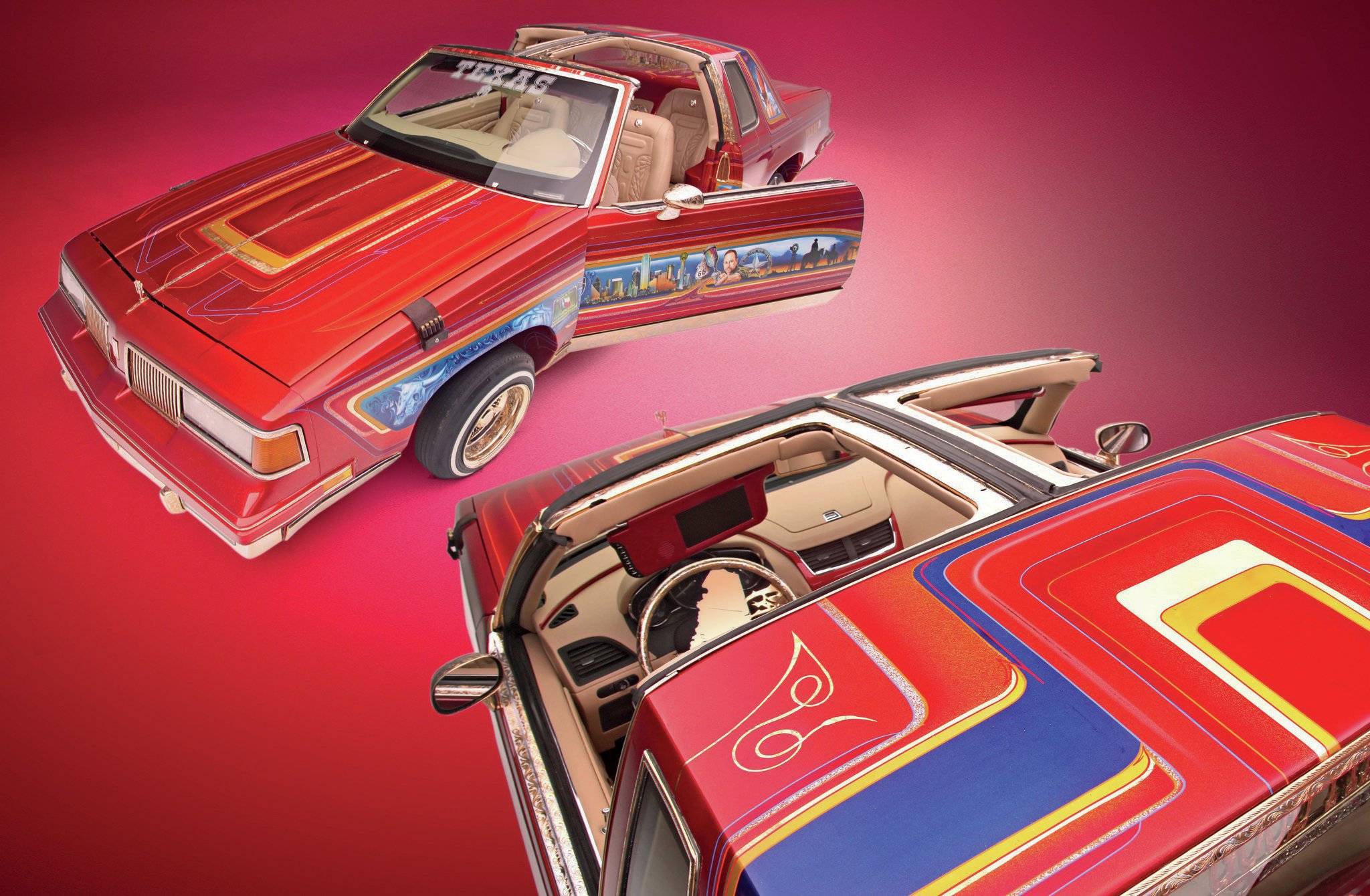 In the late ’90s Bobby Garza had built a good reputation in competitive car dancing throughout the state of Texas. After years of blown pump heads and broken ball joints, this Rio Grande Valley resident was ready for a change and so he jumped into the car show scene. With a few street builds under his belt, Bobby acquired this Cutlass, and was ready to start on his first customizing project.

He confidentially had the body smoothed and blocked by his father, Hector, a bodyman by trade. Although, the elder Garza had the G-body ready for paint with minimal delays, the customizing process would take a few years. After switching multiple customizers’ hands, Bobby was fortunate to find Fred Castillo in San Juan, Texas, to complete the full custom project. Soon after, “RM Series” debuted at the 2011 Vegas Super Show placing first in its class. With that win, Bobby got his first taste of competing on the national level and that whetted his appetite for more.

Garza wanted to return to Sin City with an “awe factor,” similar to the legendary breakouts of Loco 64’s suicide front end and Las Vegas’ chrome frame. “I wanted to do something that people will talk about for decades,” he says, and did he ever! With the talents of Krazy Kutting, this ’87 Olds returned to the 2012 finale with an exquisitely engraved frame displayed for the endless camera lenses focused on this gold-plated wonder. The excitement that this Euro Sport created surpassed Bobby’s craving to place in his category; he now knew that he would not be satisfied until “RM Series” reached the pinnacle to be among “the best of the best” in lowrider history.

Past LRM Super Shows have shown that most custom vehicles do not return with extensive revamps within one year, but “RM Series” changed that theory. In less than a year, Kandy Kustomz completed this extreme makeover to contend for the Lowrider of the Year title. “Even with the time restraint, I was confident that Candy Man would not falter on the quality and exceed all of my expectations,” Bobby says.

The 2013 Las Vegas finale’s atmosphere was that of too close to call — reminiscent of the 1995 L.A. Super Show, coincidently involving the previously noted legends. Although the end result fell short, Bobby was not discouraged. He was encouraged even more so, when “El Rey” owner Albert de Alba acknowledged Bobby for his unending resolve and being a “true competitor.” For 2014, Bobby has confirmed that his “RM Series” will return to the LRM Las Vegas Super Show with “a big surprise” in hoping to reach his ultimate goal.

Bobby thanks his family, friends, and Del Valle C.C. in helping him through this memorable journey. More importantly, he thanks his sons Robert and Markus (the “RM” namesake) for their inspiration. “When my sons see this car, I want it to be a constant reminder that by working hard toward their goals and not waiting for it to be handed to them, their greatest dreams are possible.”