Newsletter
Sign Up today for our FREE Newsletter and get the latest articles and news delivered right to your inbox.
Home » 1970 Chevrolet Monte Carlo – The Return Of The Monte Carlo 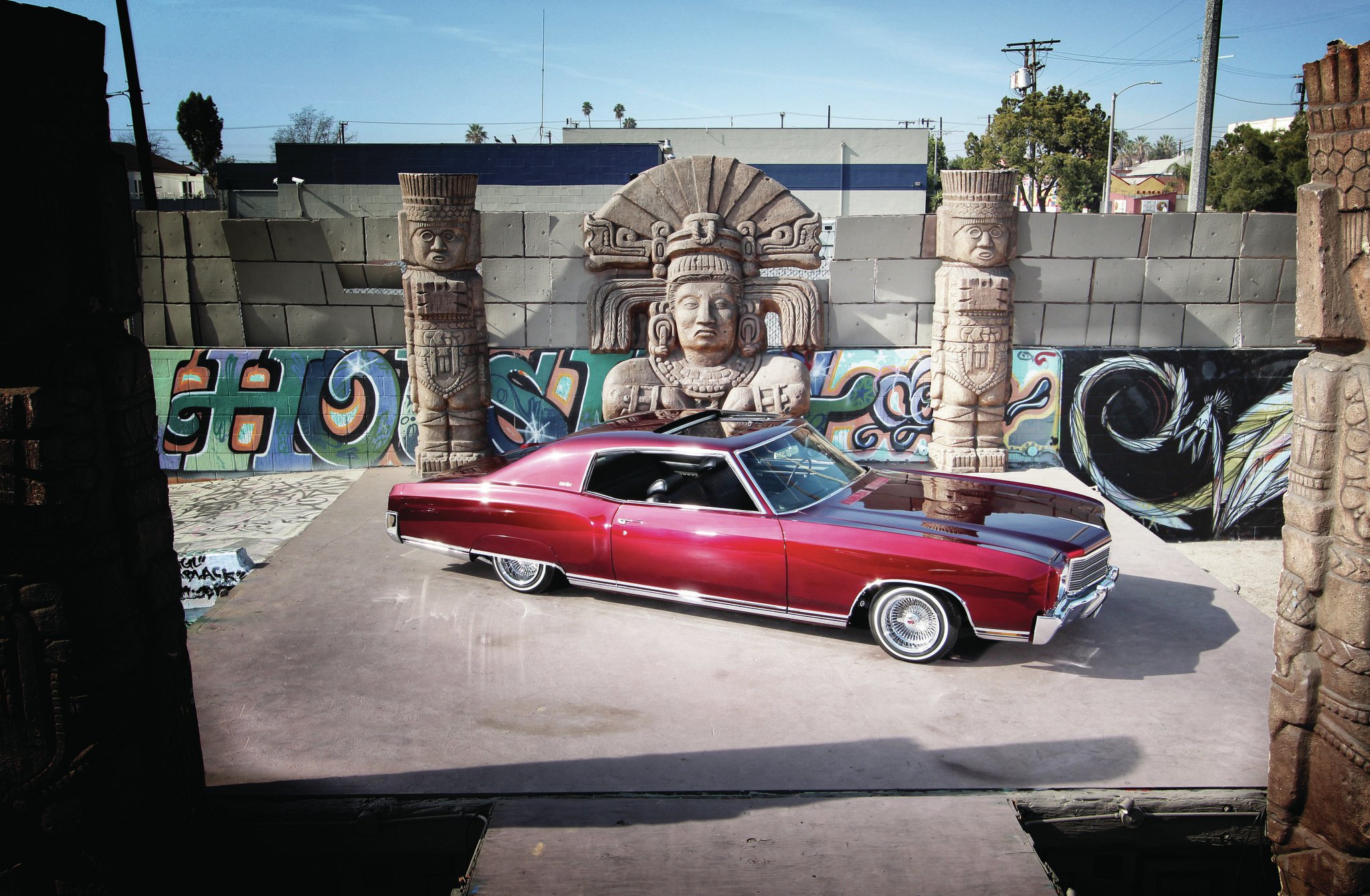 As with most guys out there who love cars and the culture that revolves around it, this all starts with an experience or vision that they witness one day, and from that point on, the “lowrider bug” enters their system. For Joel De La Mora, he remembers going back when he was 14 years in 1978 hanging out with his brother, Sal. They had gone out cruising with the Brown Sensations Car Club, which Sal was a part of.

Joel recalls a clean 1969 Impala hardtop, owned by Neto Corral, pulling into the Jack in the Box parking lot, locked up front and back, crawling up the entrance of the driveway. Suddenly, Neto began hopping the back end of the car completely off the ground. Joel thought that was the coolest thing he had ever seen. After that, all Joel could think about was getting a ride of his own.

When Joel turned 16, his dad helped him buy his first car, a ’73 Chevy Impala. He remembers cruising it over on Milpas Street with his friends during the weekends and driving it to school during the week. When Joel turned 18, he went on to buy a ’78 Lincoln Continental luxury car. Joel’s friend, Eddie Alvarado, gave the ride a custom paintjob and patterned out the roof. Joel explains that it was the Continental that was his first real show car.

Later on down the road Joel started to raise a family of his own and understandably took time off from building cars so he could prioritize his kids. Once his kids turned 18, however, it was back to business! Joel eventually found his next project car in San Diego, California. It was a pretty clean 1970 Chevy Monte Carlo. Joel’s plan was just to give it a nice custom paintjob, some hydraulics, and be done with it.

The idea of a street custom only lasted so long until Joel had seen a similar Monte Carlo at a car show. It was a full custom eye-catching blue owned by “Danny Boy” from Groupe Car Club. That LRM cover car was so clean, Joel says he couldn’t help but feel motivated to push his own car to the next level.

Within a few years and after quite a few thousand dollars invested, Joel’s Monte Carlo received a second go-around, this time getting the thorough high-end treatment. The engine bay and most of the undercarriage is simply a sea of chrome luster thanks to chrome plating by Brent Reese of Mr. Impala. The interior looks as clean as the day the first-generation Monte Carlo rolled off the assembly line. A cool hydraulic setup and a beautiful and flawless candy brandywine paintjob round out this complete makeover. This ride is as elegant as any Monte out there can get, as you will see for yourself through these pages or at a car show near you.

Joel says he gives a big thanks to his Style Unlimited Car Club president, Tino Herrera, for being there for him at every meeting, helping him through the process of designing the car’s build-up. Joel also thanks all of the people who have helped him work through this project, especially Paul Cepeda.