Newsletter
Sign Up today for our FREE Newsletter and get the latest articles and news delivered right to your inbox.
Home » 1970 Chevrolet Impala Convertible – Los Jefes Los 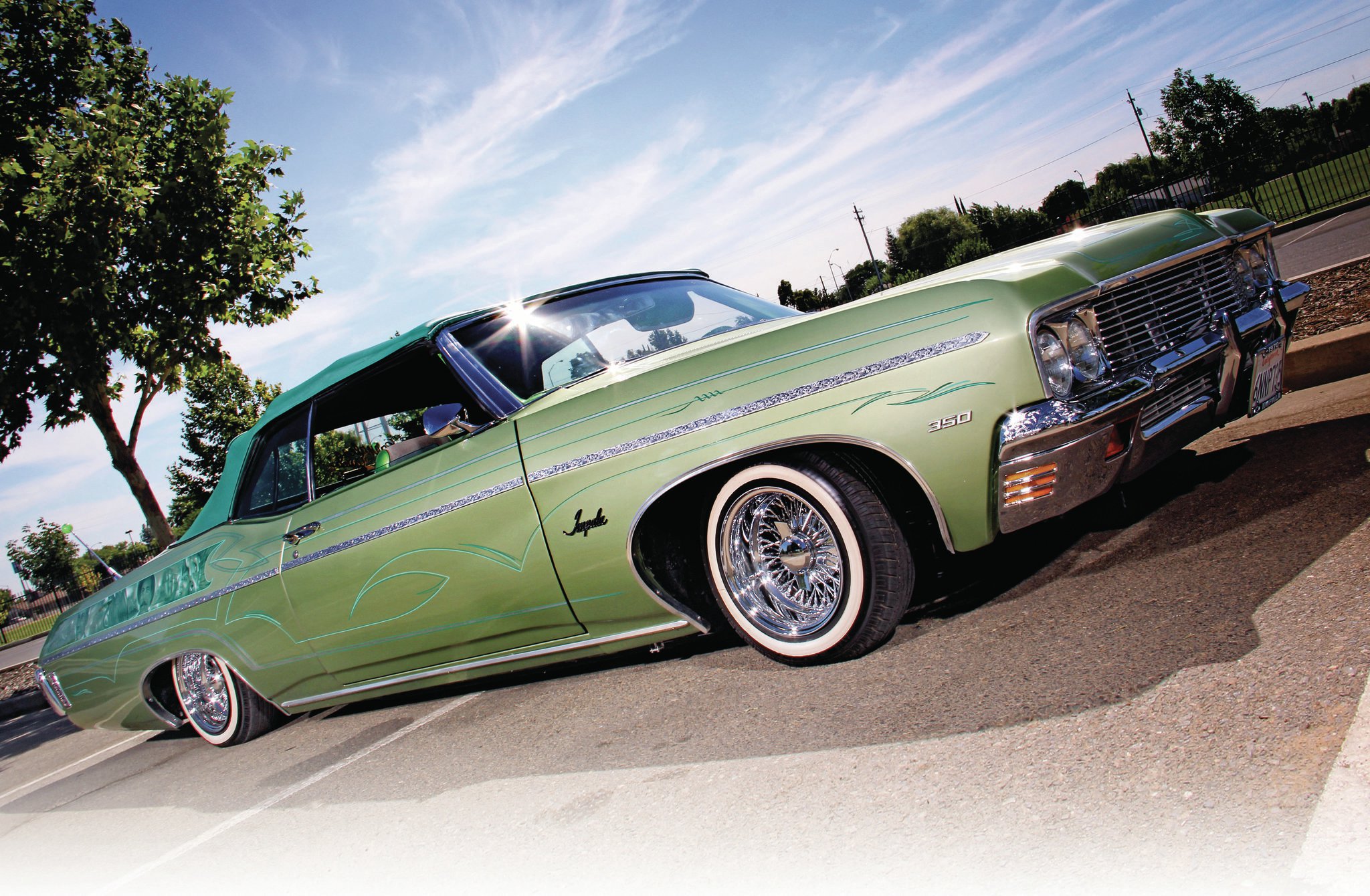 In 1979, Mauri Mendoza moved to Watsonville, California, from Mexico and that’s when he got his first glimpse of a lowrider. He was only 11 years old at the time, but that was a memory that stayed with him forever. “The guy that lived across the street was outside washing his lowrider Malibu and that was the first time that I saw a car with hydraulics. I instantly fell in love with them and I told myself that one day I would have one.”

In 1984, his dad bought him a 1970 Impala hardtop, while he was still in high school. He dreamed of one day fixing it up. but that day never came. Instead, he got rid of it and bought himself a mini-truck. “Mini-trucks started becoming all the craze in those days and I ended up getting an S-10 to fix up.” His custom S-10 was featured in the pages of LOWRIDER Magazine back in 1999.

Mauri showed his mini-truck at many shows and built a friendship with many other Merced locals from different clubs. They all decided to start up a lowrider car club together and looked into old clubs from Merced. The Carnales Unidos was a club that they all had heard of, so they tracked down old members and asked for permission to bring the club back to life. In 1990, Mauri and a few others restarted the Merced chapter of Carnales Unidos.

In early 2000s he decided to hunt down a traditional lowrider to fix up. “I’ve always loved 1969s and 1970s, and being that my first car was 1970, I went on a search for one. I never thought that I would find a convertible one, but I got lucky,” he says. The previous owner was in the process of restoring it so it was in a million pieces. “The car was a little rough. I had to replace the floors and I had to find different pieces for them. That was a little hard since they don’t make aftermarket parts for that year.”

Mauri has always liked Mexican heritage and decided to go with that theme for the build of his car. “My dad used to walk with Cesar Chavez, so I thought it was only right for me to put him on there as well as Emiliano Zapata and Pancho Villa.” Also muraled on his car is his father and son, who are no longer here. “I wanted to include them in my car because I want them to always ride with me.” His son had been born with many medical problems and doctors didn’t give him much time to live, but his son showed that he was strong and lived until he was 9 years old. The doctors nicknamed him Superman for the strength he showed.

Mauri would like to thanks Bob’s Auto Paint in Merced, California, Rico’s Pinstriping, Mario Bonilla, and a special thanks to his wife, kids, and family from Arizona.

Body/Paint: Mauri did all the bodywork himself and even painted it a light mist metallic green. Mario “Fat Kat” Bonilla added the murals and engraving while Rico’s Pinstriping in Merced, CA, striped it.

Interior: Castillo’s Upholstery in Merced, CA, did the interior work

Sound System: Mauri installed the Sony deck with all Audiobahn speakers and amps