Newsletter
Sign Up today for our FREE Newsletter and get the latest articles and news delivered right to your inbox.
Home » 1951 Chevrolet Deluxe 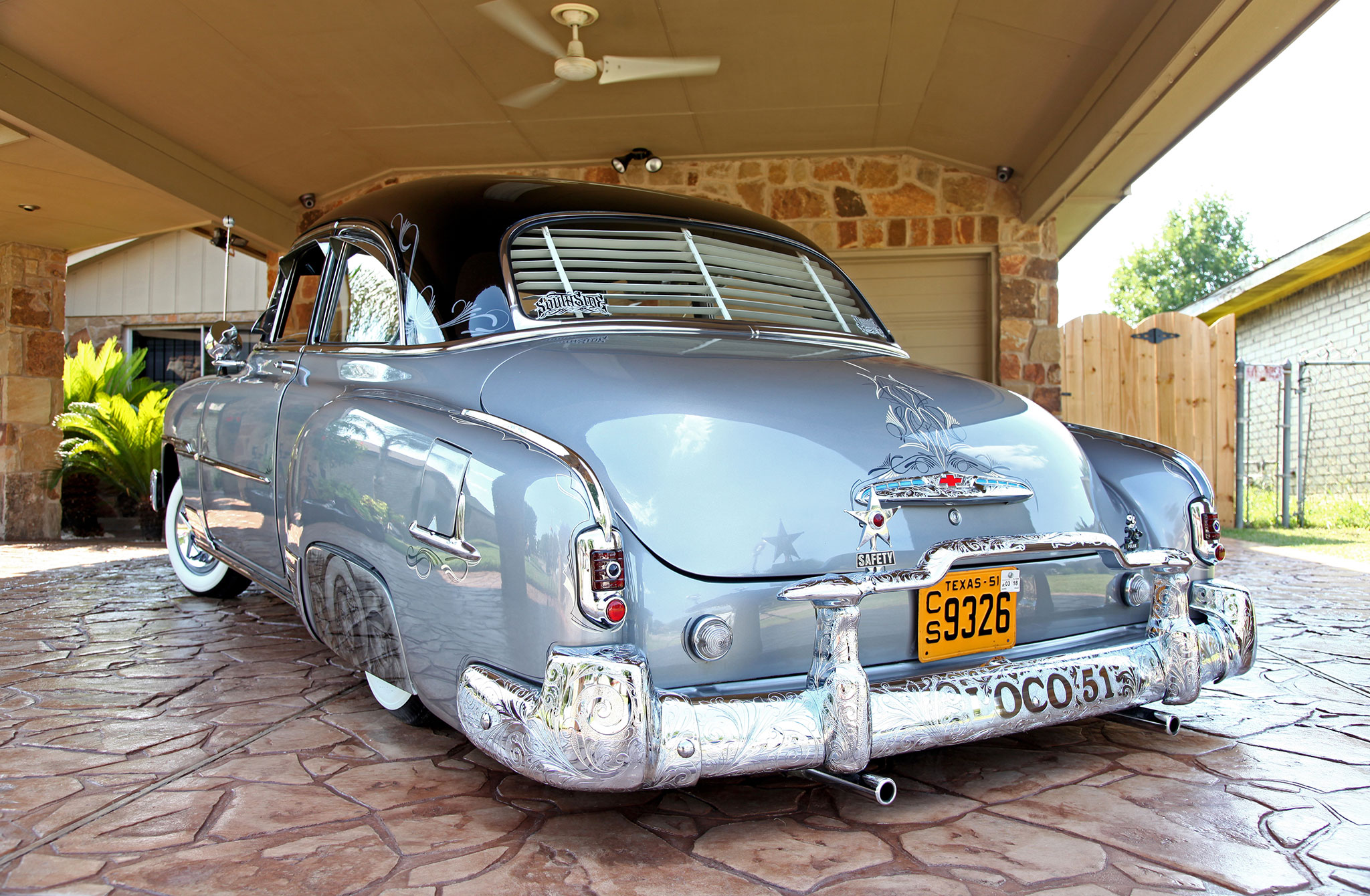 After two decades of cruising the Houston streets in his 1964 and 1967 Impalas, Nemesio Casas was looking for a new build — this time, with an old-school feel. This uprooted-from-Cali veteran builder got word that a ’51 Chevrolet shell was sitting in a nearby small-town barn. In satisfying his curiosity, Casas took a scenic drive to the farm. At first glance, Nemesio realized that this rural find, although in poor condition, was complete. Keeping his cool over the finding, a fair price was agreed with the farmer and by day’s end, this barn bomb had arrived in the city for its resurgence.

The notchback was dropped off at Manuel Villela’s shop, for further teardown and inspection. The diagnosis confirmed that approximately 50 percent of the sheetmetal needed replacement, including completely floorpans. After some sleepless nights of contemplating, this construction worker realized this car was going to be a keeper, and decided on a complete restoration of the body and chassis.

After four years, the Deluxe was nearly completed, yet still missing that “wow factor.” This California native didn’t forget his Pomona roots, and contacted Albert de Alba of Elite CC for some contacts in fulfilling this project’s void. The “El Rey” owner’s info was instrumental in giving this Deluxe the Cali-style engraving, pinstriping, and the murals that set it off.

In the years during the build, Nemesio had three great losses: the passing of his parents, Juan Francisco and Maria, and niece Xemena Ortega of 22 months. This bomb owner realized that his once “old-school-feel” build had evolved into a tribute of those losses as depicted in the beautiful murals on the sunvisor. “I am proud of the show awards my bomb has received, but the homage on Loco ’51 that is shared with my family — that is priceless,” says Casas.