Newsletter
Sign Up today for our FREE Newsletter and get the latest articles and news delivered right to your inbox.
Home » 1985 Oldsmobile Cutlass – Child’s Play Cutlass 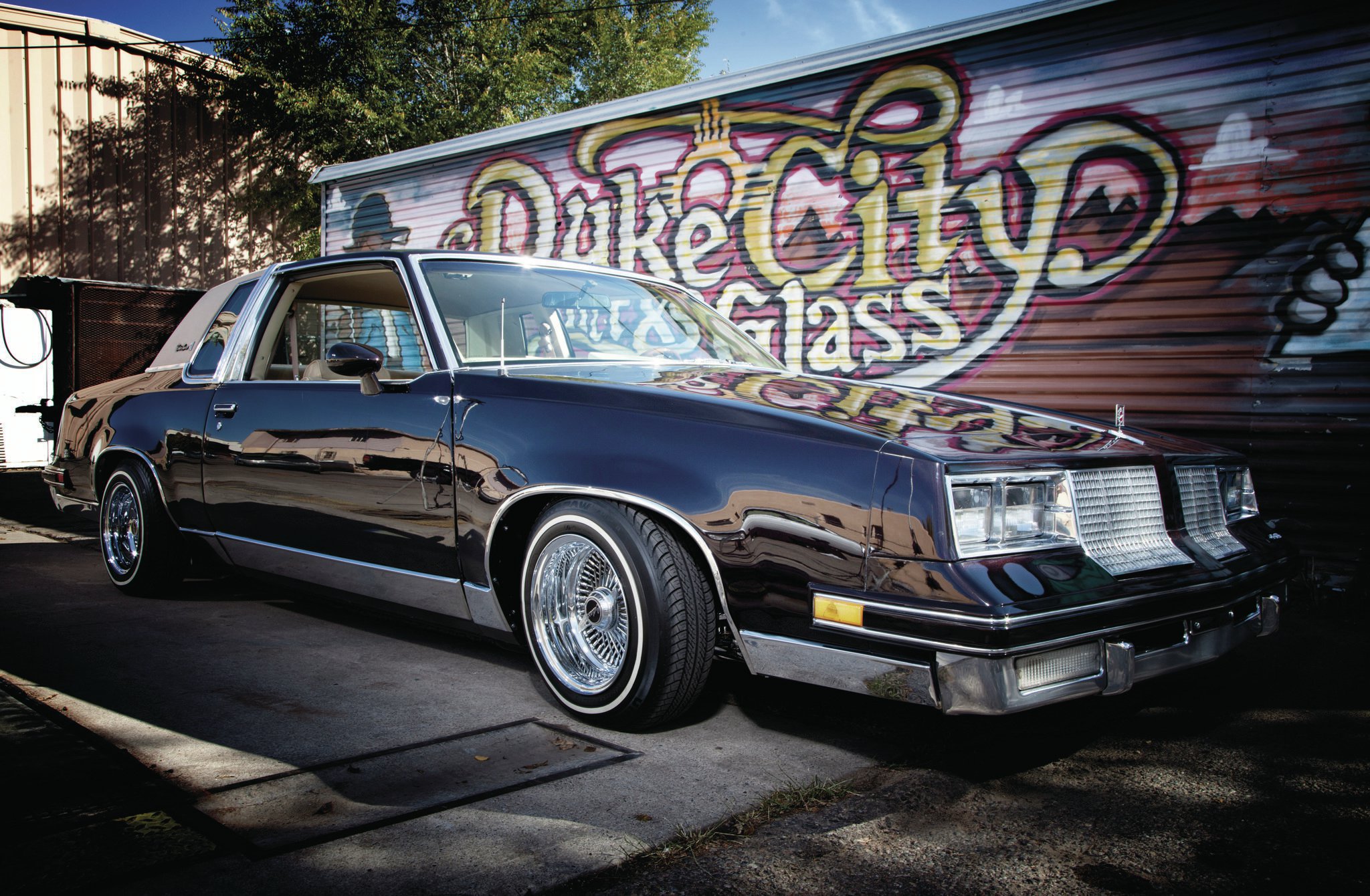 As a young New Mexican kid growing up in Albuquerque, New Mexico, Mike Baca would enjoy hanging out with his uncle, a mechanic who gravitated to working on old car restorations. The two would spend hours checking out the local car show scene, fantasizing about all the custom rides that filled those events. As he matured, Mike’s interest leaned heavily to the lowriding part of the custom car world. At the age of 16 he had his first lowered ride: a 1966 convertible VW Bug. “I had dropped it and threw some custom rims and tires on it,” he says. As time passed, there would be a progression of cars to come in and out of his driveway.

“I had some nice rides throughout the years, but I never really got serious or had the extra money to put into a ride that I really wanted. By this time I had a wife and a son to think about. Eventually we became more financially situated with better careers,” Mike says. That and the fact that Mike’s neighbors also had a fancy custom ride helped spur him on to pursue his dream of getting a new one.

It really got Mike thinking about getting a certain project that would enable his vision to come true. “I started to think about lowriders again!” Yes, Mike had the fever once again. “A few weeks later my wife Teresa Baca and I went out to a local lowrider car show and it really got me pumped up!” Eventually Mike offered one of his other neighbors some cash for a car that had been sitting around in their yard. In the summer of 2003, the Oldsmobile became his lowrider of choice. It was only a matter of time as to what he’d direction he’d go with the car’s style.

Mike messed around with the Cutlass for a few years until he met up with some old friends and as he went along he also made some new buddies too. “These guys had already been on the lowrider scene for quite a while and their experience and talents would help me get that black cherry paintjob and my cream leather pillow-style interior I had thoughts about when it came time to finish building my ride,” he remembers.

It was the perfect time for his vision to take place because his son was older and his life was more rounded out. “I made time to make my dream car become a reality although it did take a few years to do it.” Yeah, it was just supposed to be a Cutlass with a basic hydraulic setup and a nice paintjob, but it ended up exceeding all of my expectations; thanks to some good friends and a little timing, my vision is complete!”