Newsletter
Sign Up today for our FREE Newsletter and get the latest articles and news delivered right to your inbox.
Home » 2007 Nissan Murano – Only the Strong Survive 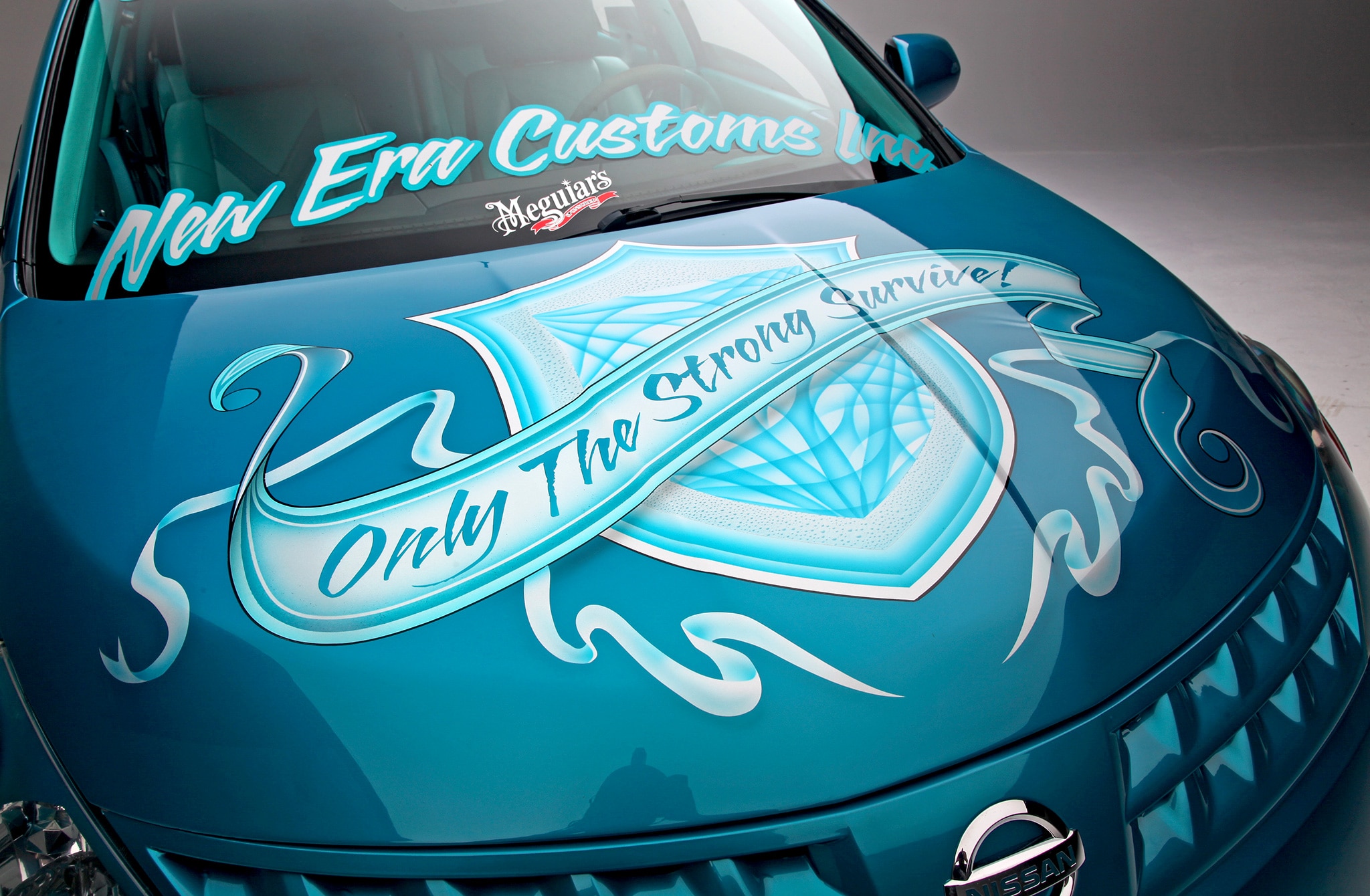 Dereck Sandy of Wilmington, CA bought this 2007 Nissan Murano at a dealership with no intentions of modifying it. That mind set came to an end after attending multiple car shows. He decided to give the custom world a try with his Nissan. “Seeing other cars motivated me to fix it up and also the fact that I hadn’t seen a Murano fixed up.” After almost three years of being in and out of shops, the truck was completed in early 2012. You can now find Dereck at many shows proudly representing Swift car club with his custom Murano. He isn’t finished just yet as a chrome undercarriage is on his to do list. He would like to thank Nick and everyone at New Era Customs, everyone at Kike’s Auto Sound and Curly’s Pinstriping.

Vehicle Nickname: “Only The Strong Survive”