Newsletter
Sign Up today for our FREE Newsletter and get the latest articles and news delivered right to your inbox.
Home » 1981 Oldsmobile Cutlass Supreme – A Finland “G” Thang 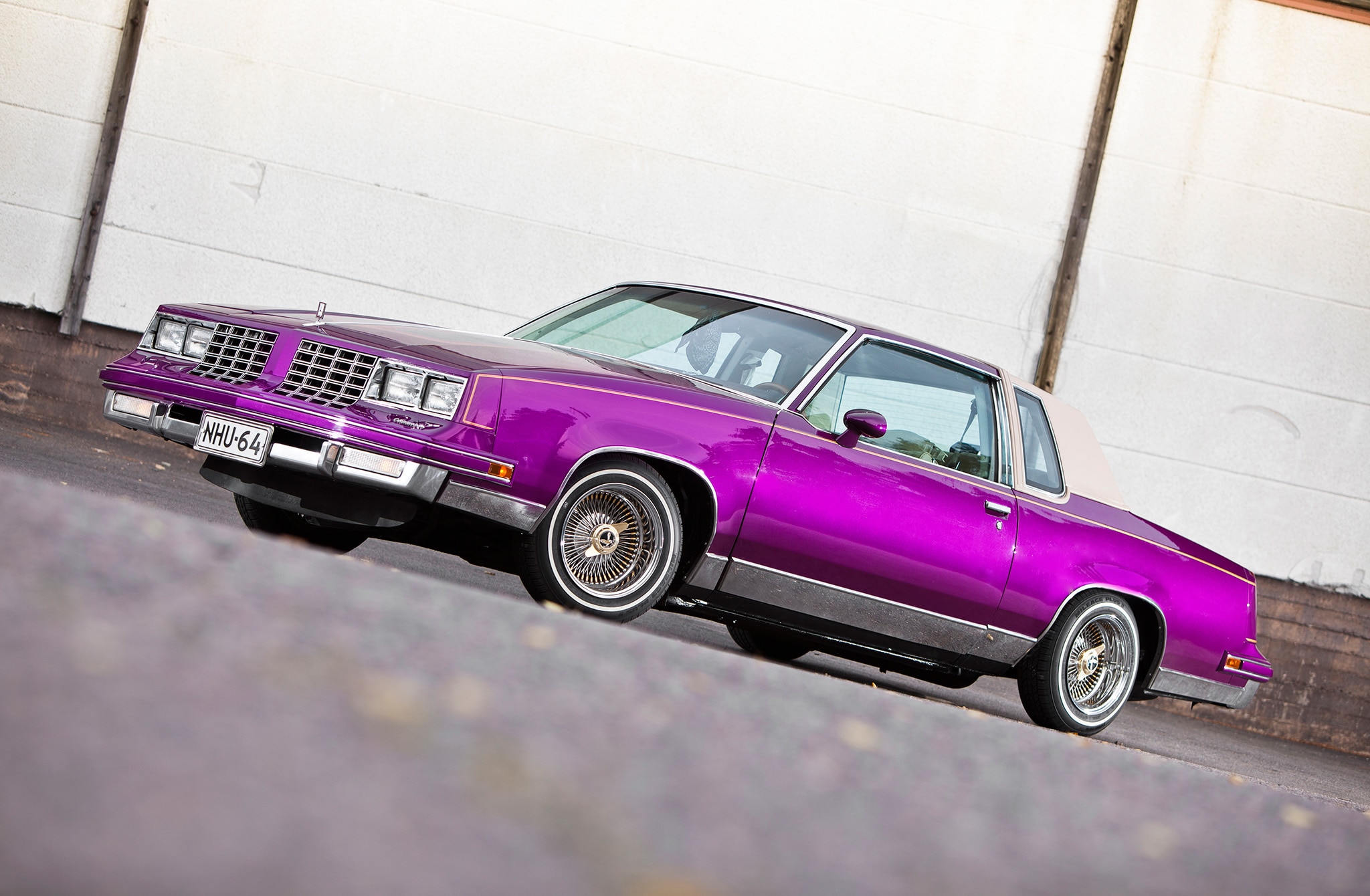 Back in the early ’80s, Tomi Eronen’s dad had an ’81 El Camino that his son came to love a whole lot when he was a kid. Memories of that ride were always on his mind until he decided to buy a Camino of his own. As time went on, the El Camino would become too small for Tomi. He had a wife and two kids who wanted to go out and enjoy a ride, but there was no room to do that in a one-seat car.

Tomi started looking around for anything from the ’80s such as Cadillacs and G-bodies. In Finland there are a lot of four-door Cads and Cutlasses, but he needed to find the right two-door coupe as the one of his choice. He would finally find this ’81 Cutlass Supreme Brougham, which was for sale 30 miles from where he lived.

The car was originally from Long Island and it came with the factory 350 diesel motor that he would replace with a 350 Rocket from a 1980 Delta 88. He drove his G-body for a couple of summers the way it was until his buddy, who was a custom painter and muralist, got together with him and prepped the car for paint.

When it came to choosing the paint color, Tomi wanted the car purple, but not a violet blue color. They made a custom mix of DuPont/Axalta magenta and gold transparent paints along with several pearls and got this translucent waterborne paint that looks just like a candy. The color didn’t come easy though, as they had to do about 15 color samples before they found the right mix.

After the color was laid down, Tomi had a theme in his mind for a long time as he was a big fan of the ’90s hip-hop East Coast/West Coast rappers Christopher Wallace and Tupac Shakur. “Those two hip-hop heroes died too young and I wanted to have murals done on the ride as part of a tribute to them.” The Cutlass was also named after Dr. Dre’s “G Thang” that is written in 23-karat gold on the trunk lid. With enough room inside this “G” body, the family enjoys riding all over Finland!