Newsletter
Sign Up today for our FREE Newsletter and get the latest articles and news delivered right to your inbox.
Home » 1995 Lincoln Town Car – Chronic Series ‘95 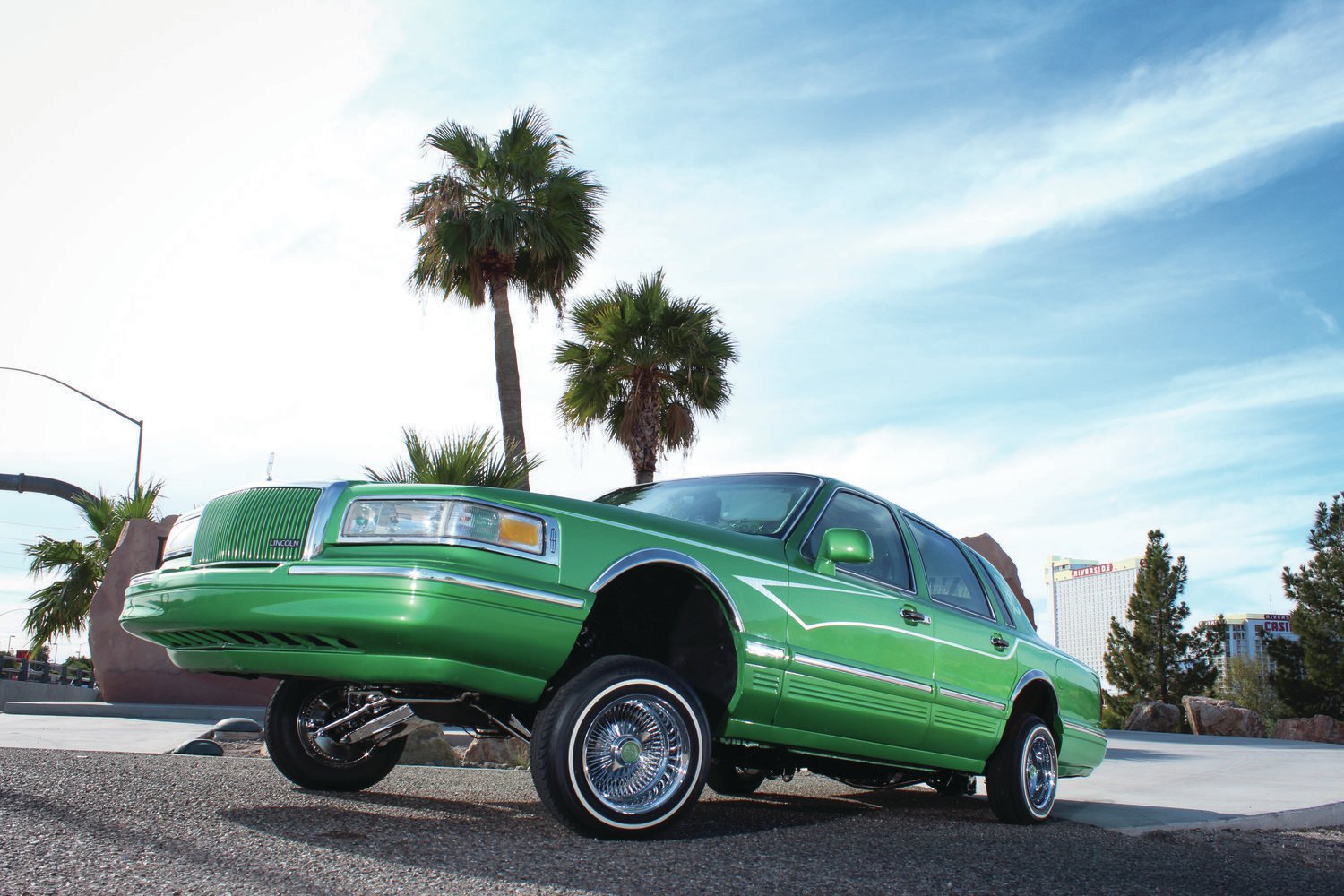 There’s nothing like a story of two lowrider enthusiasts using their passion to not only enrich their life together, but to also help out their community as well. Raul and Vanessa Sandoval have built a beautiful life together over the years and are blessed to have a gorgeous home and wonderful children. As is the case with many couples, they share similar interests that span further than just their love of customizing cars. Living in Fort Mohave, Arizona, they are just a few minutes away from the popular vacation destination of Laughlin, Nevada, and about an hour and a half from Las Vegas, Nevada, which is more than enough to keep them busy when they’re not wrenching on their ’95 Lincoln Town Car.

As members of the Sueños Locos Car Club, Raul and Vanessa have taken their Town Car out to the Lowrider Magazine Las Vegas Super Show for the past three years and continue to turn heads every time. Their intent wasn’t always winning a trophy, but instead their desire was to be a part of the entire experience and be part of the lowriding family. With a humble attitude like that, it’s no wonder they come across as friendly fun people despite the fact that they own one of the most unique lowriders east of the Colorado River!

The Town Car features a chrome undercarriage and an impressive custom hydraulic setup in the trunk. The Lincoln has been taken care of quite well, so the engine and interior didn’t need much in the way of upgrades when the Sandovals took it on. The engine did get dressed up with some color-matching accessories, while the interior received a few electronic goodies such as an upgraded stereo system, PlayStation integration, and three TV monitors. The wild three-pump hydraulic system allows the Lincoln to lock up extremely high in the back, exposing the chrome rear axle. At the hit of a switch, the custom car can sit with a high three-wheel stance which is always a crowd drawing move at any local parking lot or show!

Raul and Vanessa wish to send thanks to those who have helped with the Town Car’s makeover and they lovingly send thanks to each other for the support they have given, both emotionally and physically throughout their time together. Raul says he has been attracted to lowriders since reading Lowrider Magazine as a kid and to now be featured in the publication is a life-long dream that’s finally come true for him!

Body/Paint: Navarro’s Body Shop in Algodones, Mexico, prepped the body for paint before laying down the final Electric Green PPG finish. Gary Johnson of Las Vegas, Nevada, added his elegant touches of pinstriping to set off the body’s fine lines.

Suspension: Ron over at Black Magic Hydraulics in Las Vegas, Nevada, installed a three-pump setup powered by 10 deep-cycle batteries. Four dash-mounted switches allow the Lincoln to lock up high, lower down, and even park in a three-wheeled stance, 8-inch cylinders sit up front while telescopic 16-inch cylinders sit in the rear.