Newsletter
Sign Up today for our FREE Newsletter and get the latest articles and news delivered right to your inbox.
Home » 1995 Cadillac Fleetwood – Deadly Sins 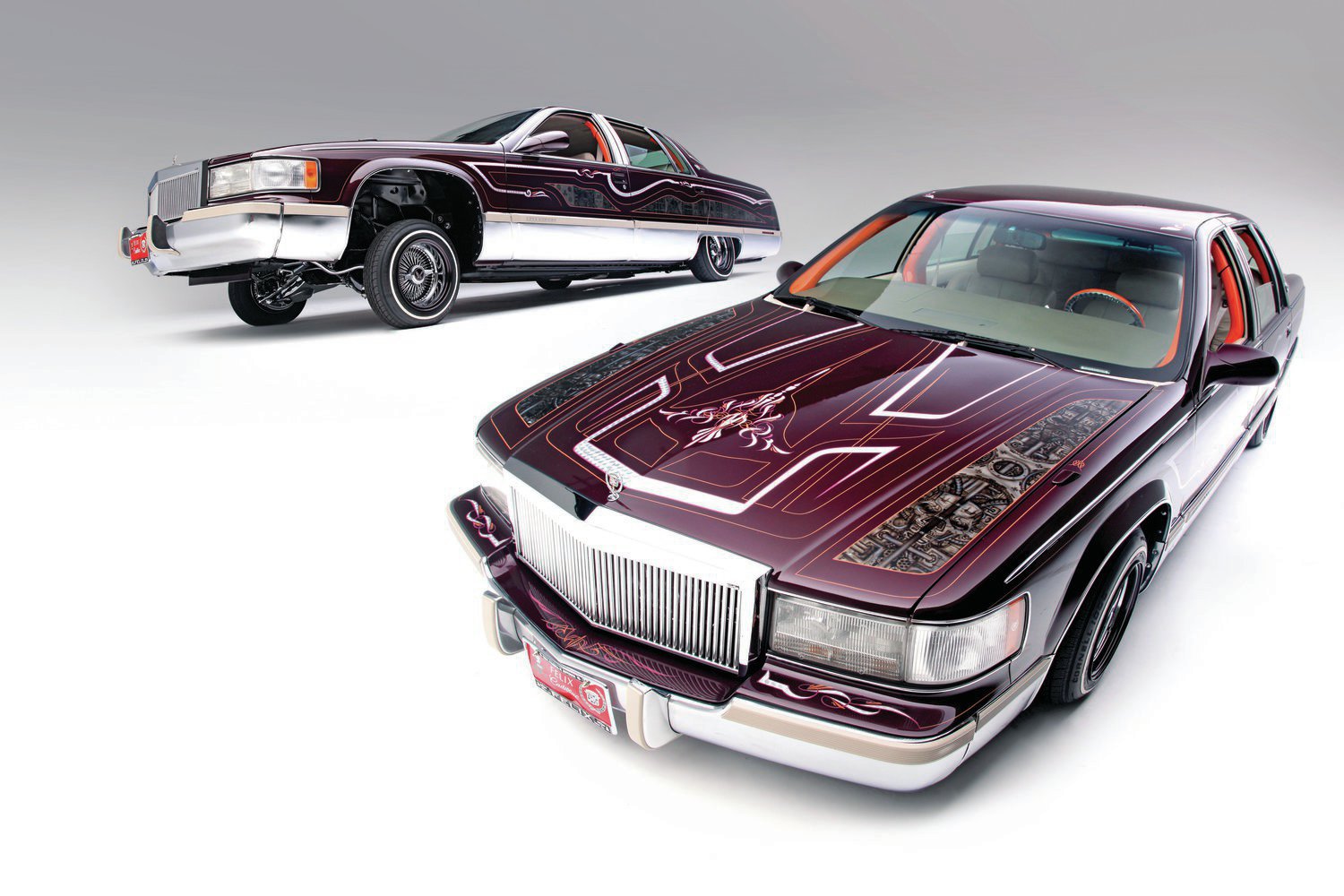 Just out of high school, Bobby Paz found himself at the Lowrider Magazine Show in San Diego, and that was when he first laid eyes on a “big body” Cadillac. Call it love at first sight (or serendipity), but he vividly remembers the day when two of them showed up for the Sound Off Competition. “There were two Cadillacs that drove in from L.A. and I remember staring at them and loving the Fleetwood’s shape. At that point I told myself that one day I was going to have one,” says the now-proud owner.

Soon after that chance encounter, Bobby found the car of his dreams being listed by an older lady. After arranging a time to meet, a deal was struck for the Cadillac, but instead of ushering him out of her residence she showed him yet another vehicle that sat inside her six-car garage. That ride? A 1973 Caprice convertible that was in excellent condition. Adding even more interest to the cars was the fact that she was the original owner of the Cadillac and second owner to the Caprice—a fact that increases the value of any classic car. Needless to say, Bobby struck a deal and walked away with both of them at an incredible price.

At the time of his purchase, Bobby also had a ’65 Impala and a Lincoln. In order to fund the Caddy build he ended up selling the Lincoln. After the sale, he started fixing up the Cadillac by accessorizing it with a Castle grille and the all-so-necessary fifth-wheel kit. From there, he then made arrangements to have Curly and his boys tackle the striping and murals. With all in order and in place, his ride was complete and has since made appearances in shows all throughout the nation, including Las Vegas, Phoenix, and El Paso.

So what happened to the Caprice? Well, that fine specimen was sold to someone in Miami and the funds have since been put into another project. That project? His 1965 Impala, which is being done as a frame-off restoration. “Right now I want to finish off the ’65, but once I’m done I’m going to give the Cadillac a makeover,” he says. But when asked which one’s a keeper, the answer was simple and straightforward, “My family likes the Cadillac so much that I wont even think about selling it.”

Body/Paint: MKB in San Diego, California, used DuPont burgundy and Curly Pinstriping leafed it, stripped it, and added the murals