Newsletter
Sign Up today for our FREE Newsletter and get the latest articles and news delivered right to your inbox.
Home » 1950 Chevrolet Deluxe – ’50 Chevy Deluxe 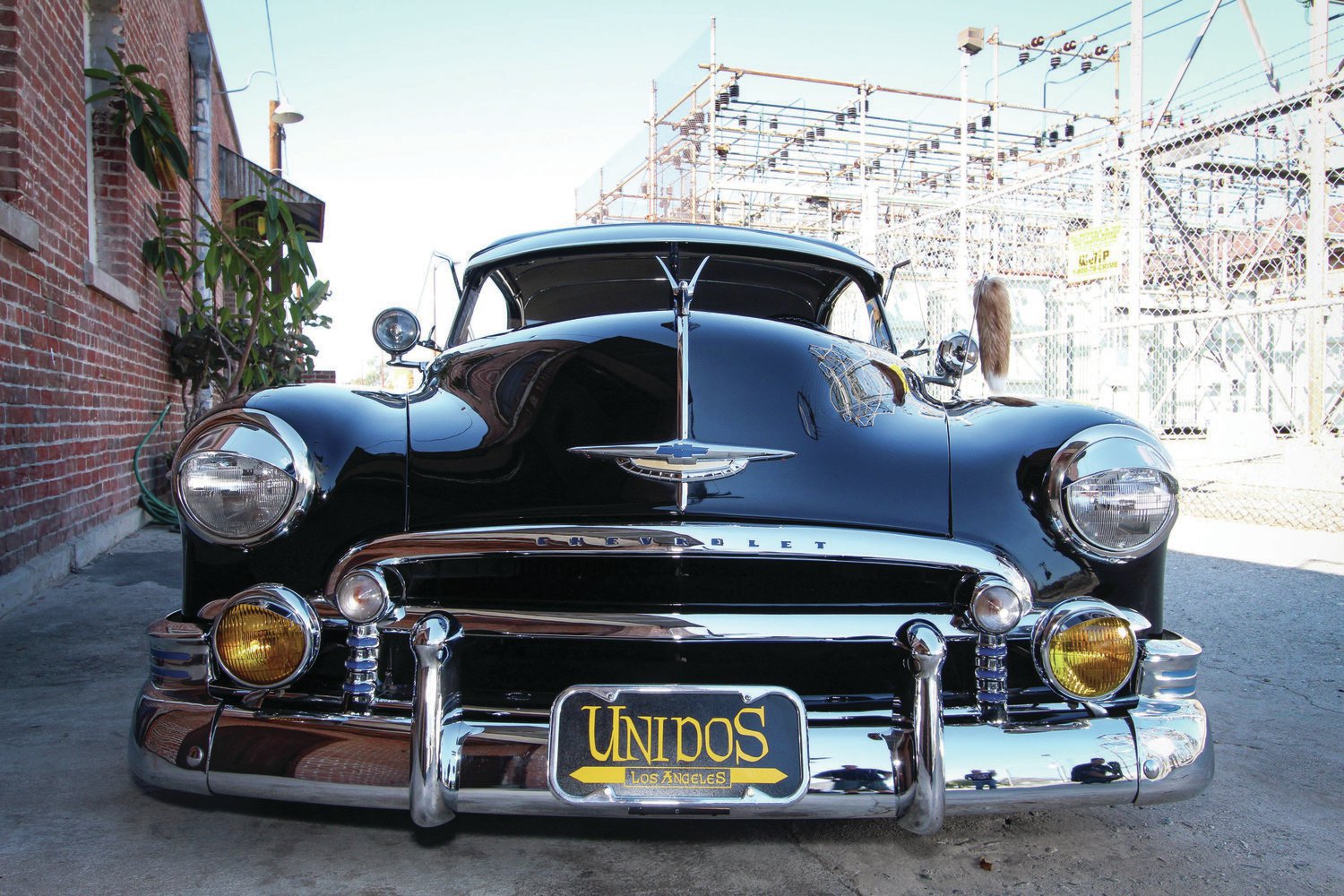 Life is about stories and Michael Flores of Ontario, California, says his father, Jose Flores, would share many, but the one that stuck out most was the story of a beat-up ’50 Chevy that he owned at the time he and Michael’s mother started dating. Part of that story was about how he had lowered the car by placing sandbags in the trunk—the easy and popular way to lower cars back in the day—and years later the story would often be repeated, so from time to time Michael would ask his father if he had a chance to own any classic car again what it would be. And his response was quite obvious when he said, “I’d own another ’50 Chevy hardtop.”

Sometime shortly after, Michael’s brother, Eddie, picked up a ’50 coupe and began the process of building it up. Once complete, he gave it to his father a year later as a Father’s Day gift and the reaction was as expected. With his father’s eyes filled with tears, the car inspired so much joy that Eddie himself decided to pick up another to build for himself.

My father loved his car, but there was one thing he wanted to change and that was the powerglide transmission. He had said the automatic transmission just didn’t feel right and that he wanted the “three on the tree” and to hear those pipes rap. The other ’50 Chevy that Eddie had bought was a three-speed, and Eddie made the mistake of telling dad it was there if he had wanted it. Well, low and behold, dad wasted no time in taking Eddie up on that offer!

Michael and his father built the car together from top to bottom. As they went along, dad would always stop and ask, “What do you think míjo?”, when they had to decide on options for the ride. The Chevy was eventually air-bagged, painted, the chrome redone, the motor and transmission rebuilt, and interior reupholstered.

Michael says the fun part came when they attended small shows and often just cruised around. “Showing off the build that my father and I did was awesome,” says Michael, “and I will always cherish those times.”

Since “El Jefe,” Jose Flores, passed on April 8, 2012, and is now smiling down on his family, Michael has had the grand honor of caring for his father’s beloved Chevy Deluxe and calling it his own. “My father never named his car, but in his absence, I took it upon myself in picking a name out. It was fairly easy … ‘El Jefe.'” The name was simple since everything about the car reminded Michael of his father.

Michael says he often catches himself thinking of changing certain things on the car, but then the question pops into his head, “What do you think, Jefe?” But Michael says the answer always seems to be the same: “Why change perfection?

Engine: 235ci six-cylinder with “three on a tree” transmission

Body/Paint: Luis at RM Auto Body in La Puente, California, prepared the body before laying down a mirror-like black finish

Suspension: Airbag setup installed by Aaron of the Chassis shop in Covina, California. The four-link setup was installed and the body and frame were C-notched and tubed.

Special Thanks: Michael gives special thanks to his family (mom, Eddie, and Krystal) for honoring him with caring for El Jefe. He also thanks his sons, Andrew and Marco, for always being ready to take a cruise. Lastly, he thanks his dad, “Jefe,” for showing him what a strong dedicated man is … Rest in peace, Jose Flores!