Newsletter
Sign Up today for our FREE Newsletter and get the latest articles and news delivered right to your inbox.
Home » 1982 Buick Regal – Spanglish Life 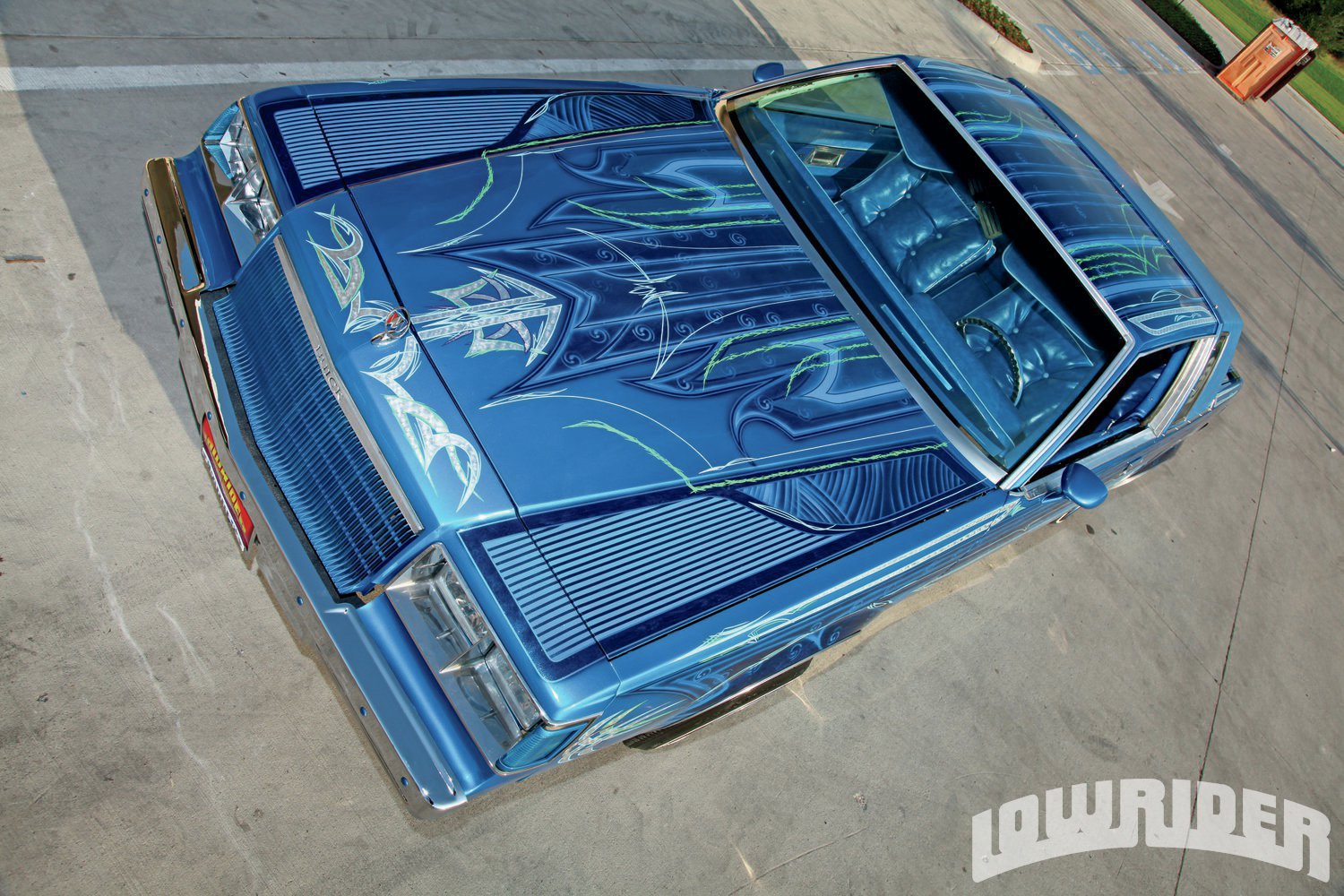 Every summer for nearly two decades, Danny Magana relives his first cruise down to Chicano Park with his older brother Alex. At that time, as a thirteen-year-old, “I remember seeing beautiful women and lowriders in every direction, from that day I was hooked.” And for the next five years, Danny rode alongside Alex, and eventually reached legal age, got his driver’s license, and was ready to cruise San Diego indefinitely … or so he thought.

Soon after, this Cali cruiser was renewing his license at the Oklahoma DMV, as the Magana family was given an opportunity for a better life in Tulsa. The, then, 18-year-old soon realized that his love for lowriding was not limited to southern Cal, and that the “tornado alley” of the U.S. would suffice. In years following, Danny gained a couple of street cruisers and a friendship with Willy of Willy’s Hydraulics. One day while reminiscing with Willy of his Logan Avenue adventures, this displaced San Diegan mentioned, “one of my dreams is to build a customized car that would be featured in Lowrider magazine.” Without delay this dream’s catcher, in the form of Willie, offered Danny this fully reinforced G-body that had been sitting behind his shop. Danny was familiar with this car, as it was used at local events as a car dancer and hopper in promoting Willie’s shop. A deal was reached and Danny’s dream to reality project was underway.

Taking an unorthodox approach in his first build, Danny started with the interior. The assumption was by the time the prepped body went to paint, the engine and stitching would be completed and ready to install; like a puzzle, all the pieces fitting without a problem. Danny’s plan for a quick build became a five-year stretch that included issues in the build, funding delays, and a relocation to Texas for a great job as an aircraft technician. So he headed to Dallas trailering this project, with completed interior pieces in tow. “For the next two years, I focused on my job while saving money to finish my car,” recalls Magana. When the focus reset to this Regal, Danny reached out to Daniel Serrano, President of Jokerz CC, for help in locating parts and as liaison to Big Bro’s Customs for its completion. The result is this stunning ride that Danny is proud to cruise in D-town and perhaps one day back in Diego.

Danny knows the completion of “Spanglish Life” was only possible with the support from wife Yessica, Daniel Serrano, and the Magana family, with sincere thanks to all. The week of this LRM photo shoot was extra special, as two days prior, Danny and Yessica were blessed with their first child,” a week I will never forget” ends Magana. Paz, Tejas.