Newsletter
Sign Up today for our FREE Newsletter and get the latest articles and news delivered right to your inbox.
Home » 1970 Chevrolet Impala Convertible – The Mohave ‘70 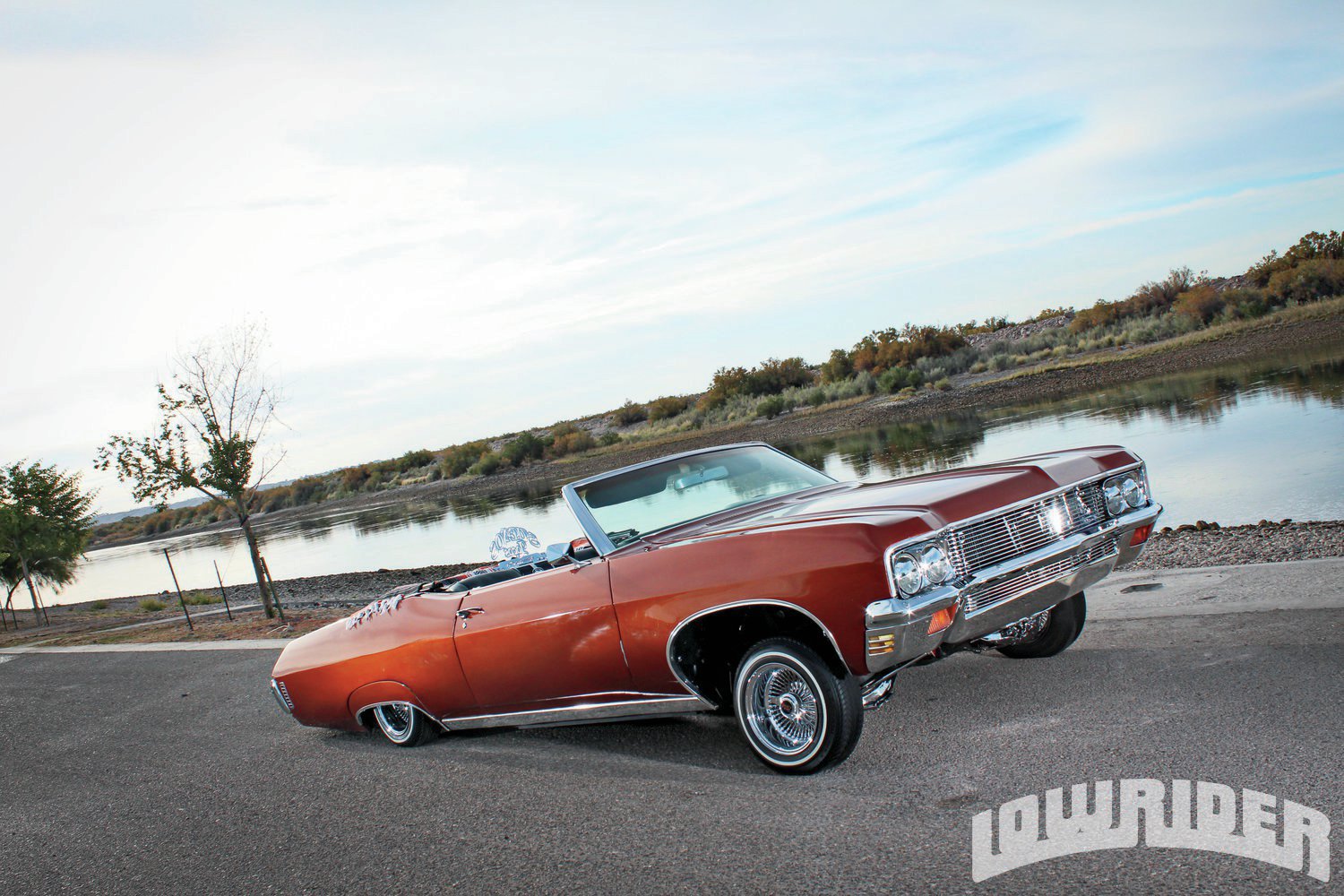 Growing up in Anchorage, Alaska, one wouldn’t think that lowriding would have a presence in even the slightest form but Steve Gingrich would be the first to tell us otherwise. In fact, Steve distinctly remembers his brother heading out to Northern Lights Boulevard in a ’67 Impala to cruise with his friends, and in a few joyous moments he even remembers having the opportunity to tag a long for the ride. That said, those moments changed his life forever and since then he’s taken a ride which still hasn’t ended.

After moving to Arizona in 1996, Steve was able to acquire his very own ’64 Impala Super Sport hardtop, but it wasn’t what he ultimately wanted. In his heart, he just really wanted to enjoy the warm sunny days with a topless Impala and that vision soon become a reality when some years later he was able to trade his ’64 for a ’70 Impala ragtop. Without hesitation, Steve jumped at the chance and the deal was made.

Over the next three years, Steve began the makeover of his ’70 convertible, chroming out the undercarriage and rebuilding the motor. A custom airbag suspension was installed allowing the ride to rise up or sit slammed. A booming stereo system was installed and a set of chrome wire wheels and whitewall tires were put on to give the Impala the defining traditional lowrider look.

Steve gives big thanks to his girlfriend, Blanca Castro, for her support as he spent many hours away out in the garage. Steve says he is happy with where his ride is now, but he does have plans to do more customizations to it soon, like adding patterns to the paintjob. For now, Steve’s ride definitely catches attention, as it is one of the very few classic convertible lowriders in the Fort Mohave valley!

Body/Paint: With the body still nice and straight, a custom mix of copper and orange was chosen as the exterior’s color.

Lowrider Garage Visits A Legend In The Hydraulic Suspension World