Newsletter
Sign Up today for our FREE Newsletter and get the latest articles and news delivered right to your inbox.
Home » 1950 Chevrolet Fleetline 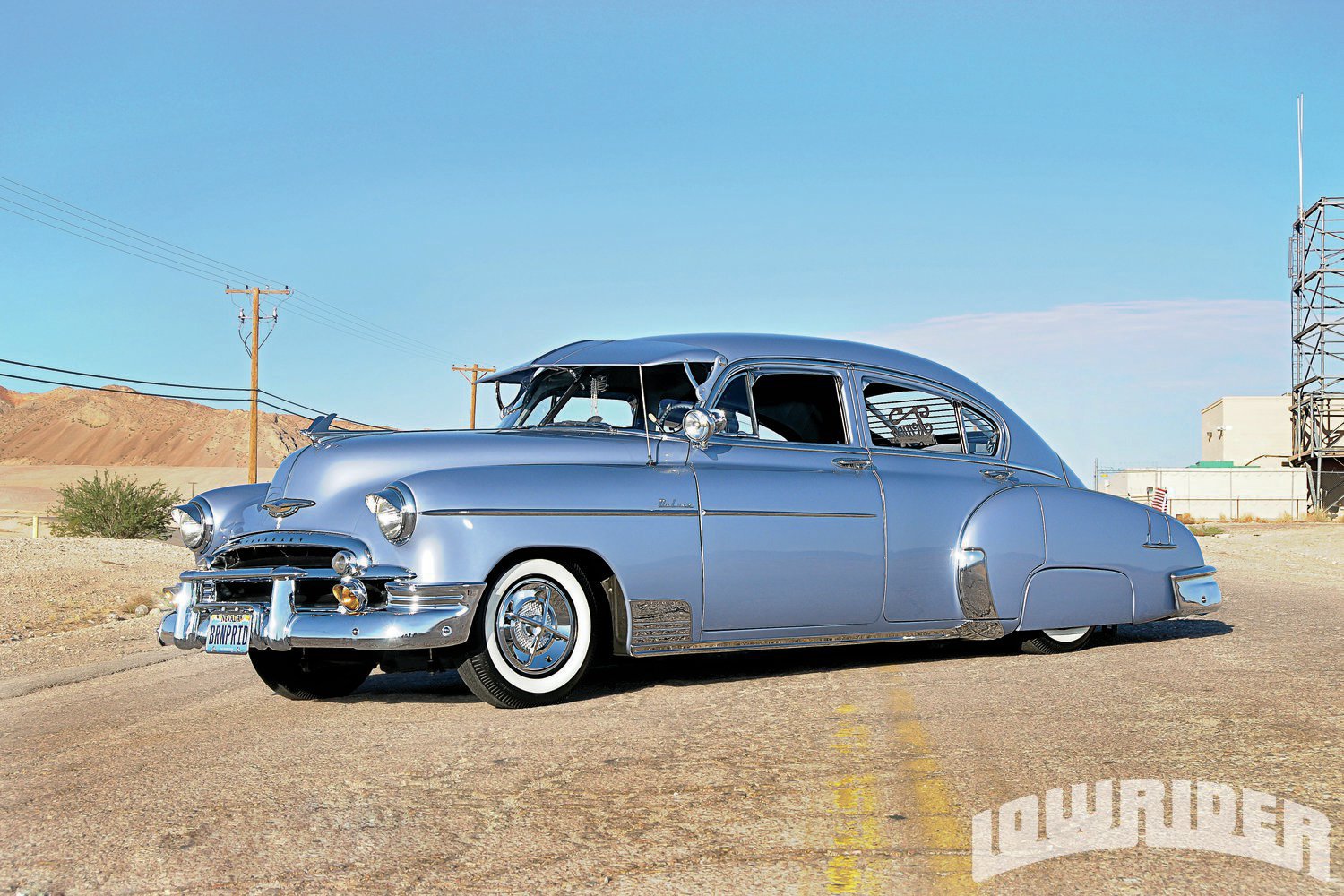 When you have been in a club for a decade like Manuel Estrada has, you learn a thing or two about what goes into building a head-turning lowrider. Now, don’t for a second think this gorgeous ’50 Fleetline is Manuel’s first foray into building. On the contrary, he has a couple of rides under his belt, which have since been passed on to his kids for graduating from school. After passing the ’78 Monte Carlo and ’86 Regal on to his offspring, Manuel started looking for his next build. Manuel was browsing the pages of his local Nifty Nickel and came across this ’50 Chevy, and with one look at it he knew that this was the car he had to have. He picked up the ride for $2,500 and stripped it down completely before starting the rebuild.

From the beginning, Manuel knew that he wanted to make his car a little different. “I built the car the way I wanted it,” says Manuel with pride. In order to accomplish his goal of making the Fleetline unique, he opted for a different visor than the original and a different interior to give the Chevy some new life. Manuel insists that he didn’t build this ride for trophies; he built it to drive so that he could cruise it down the streets of Las Vegas. “No better trophy than when you are cruising your ride and you get the thumbs up or someone rolls down their window to give appreciation to your ride,” says a beaming Manuel. “To me, that is the true trophy.” We couldn’t agree more that a complete stranger appreciating the product of your time and effort is certainly the best reward—getting a trophy at a show is just a bonus.

Manuel would like to thank his wife, Carolina, his family, and of course, his fellow members of Tiempo car club for their continued support.