Newsletter
Sign Up today for our FREE Newsletter and get the latest articles and news delivered right to your inbox.
Home » 1984 Oldsmobile Cutlass Supreme – Blackout 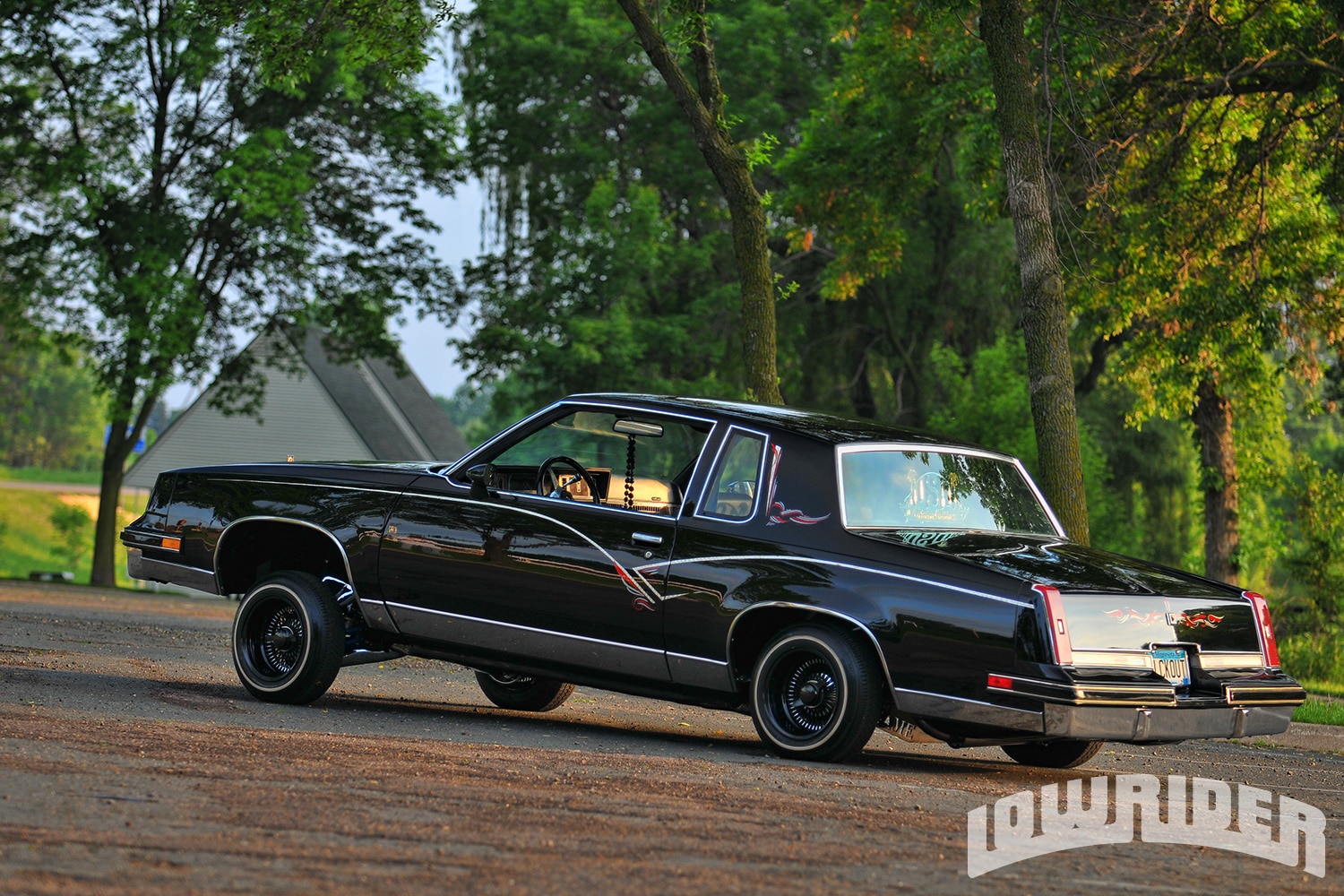 In the lowrider community, the G-body is one of the most sought after vehicle types in the world. The body type was born in the late ’60s and ran through the mid-’70s, with the G platform being the General Motors category for vehicles produced as mid-sized, rear-wheel drive vehicles. The most popular G-body models came into style in the ’80s and were the last cars to follow the classic American muscle car formula. For thirty-three year-old Joe Lang of St. Paul, Minnesota; a G-body is all he ever wanted. After initially owning a Buick Regal, Joe began to build the car to his liking but when he set his eyes on an ’84 Oldsmobile Cutlass Supreme sitting on the side of a garage in his town, he knew this was going to be his next project.

Because of the winter months in Minnesota, the previous owner didn’t have a lot of time to enjoy the Cutlass, so Joe was able to purchase it for a reasonable price. Within months of owning it, Joe had a clear blueprint of the direction he wanted to go with the build. Being the vice-president of USO’s Twin Cities chapter, he had the knowledge and help around him to get it done. He originally started removing the frame, and in his own words, “It just kept escalating.” While the frame was off, Joe started chroming all the suspension pieces and from there, he had the belly and car painted.

Most complete builds take numerous years due to a variety of circumstances and this was no different. The entire process took roughly eight years. “It took a lot of blood, sweat, and beers,” Joe says with a smile. Thanks to the help from his family; his wife, Megan, and children, Jaylin, Jordan, and Dominic, along with his friends and fellow club members, Brian, Joe, Jose and Erica; Joe’s “Blackout” became a class act representation of Lowriding greatness in the Twin Cities.

Engine: The stock motor only had 70K original miles, so it was kept intact. Chrome plating by Jose from New Image in St. Paul was added, and Brian Hartman made sure every piece was finished in black.

Body/Paint: The Cutlass was stripped to bare metal and USO President Brian Hartman laid down solid black throughout the body and frame. Pinstriping was done by Joe Suski in Woodbury, MN.

Interior: The original cabin was gutted and replaced with black Cadillac pillow top seats. All trim pieces painted black. The work was done by Jeanie Bluedorn at Stitch Bitch in Lake Elmo, MN.

Setup: Joe got down and dirty himself, installing a full Black Magic three-pump, three-dump hydraulic setup using 8-inch cylinders to the front and 12-inch to the rear. Eight all black batteries are controlled by a four-switch panel mounted on the dash.