Newsletter
Sign Up today for our FREE Newsletter and get the latest articles and news delivered right to your inbox.
Home » 1970 Chevrolet Monte Carlo – Baby Doll 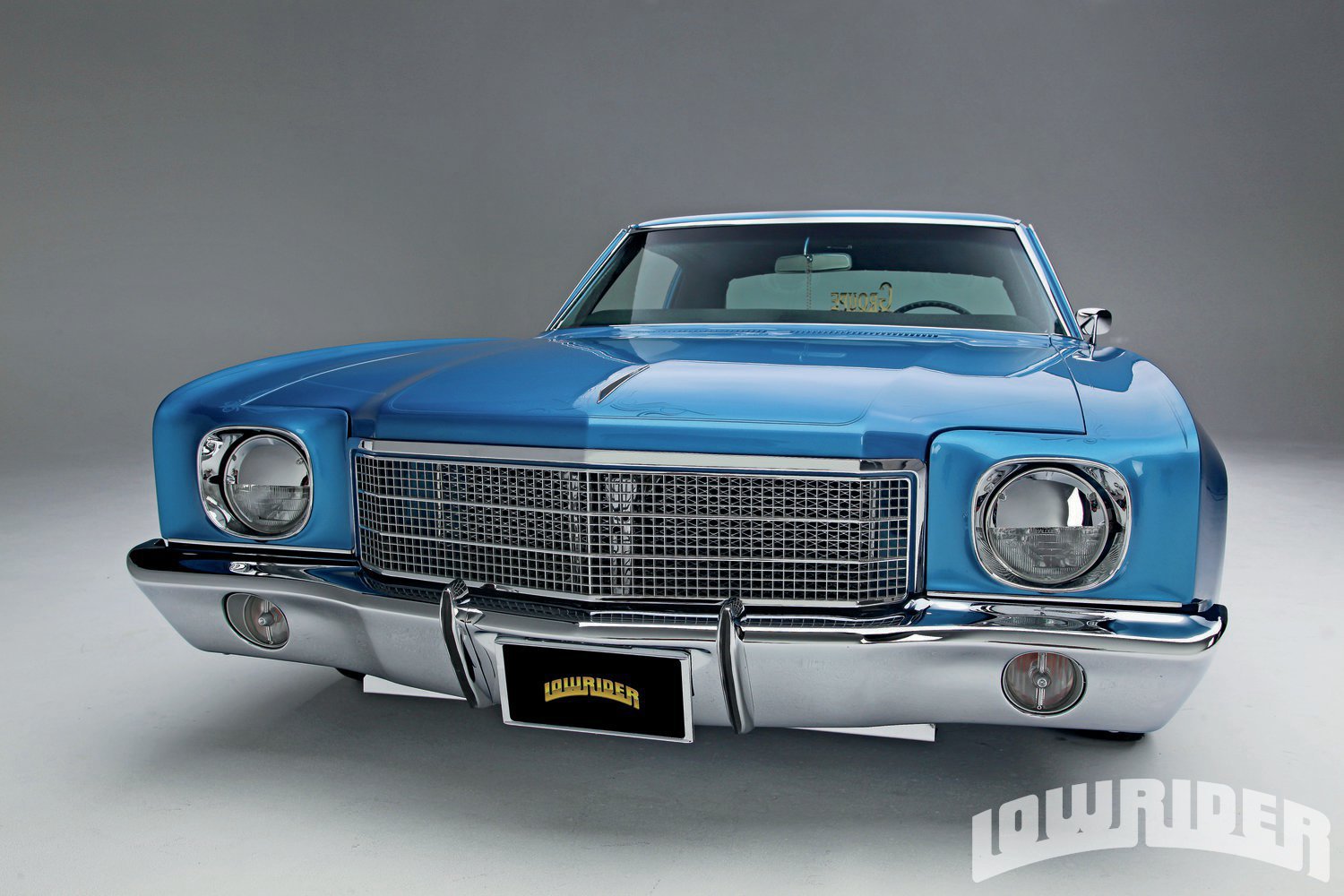 One of the most interesting aspects of lowrider culture is looking back at the different eras the culture has endured. Danny Dominguez was raised in Los Angeles, California, and he started lowriding back in the late ’60s; a glorious time for the culture, but very different compared to the modern eras. “Back then, you didn’t start off lowriding with bicycles. In those days, Schwinn bikes were just regular bikes that kids used to get around. Most of the lowriders back then were Caprices, Rivieras, Malibus, T-birds and other cars like that,” explained Danny, who is better known as “Danny Boy.”

His passion for lowriders emerged when Danny’s family moved next door to a guy who was known as “Old Man Frank from the Hill.” “I used to see him welding, painting, installing hydraulics, and so on in his backyard. Back then, you couldn’t go to a shop because there really weren’t any shops that catered to lowriders,” says Danny Boy. “You couldn’t go into a store and purchase a hydraulic setup; you had to find every piece individually and most of the time you had to build it yourself or at least find someone who could help.” Danny Boy seized the opportunity to learn a lot from his neighbor as far as how to fix up a lowrider, and he spent many late nights and early mornings wrenching on cars. This routine was only made stronger by learning from his older brother and brothers-in-law who were also into the lowrider scene.

Danny Boy purchased the Monte Carlo you see here in 1977. “I had a ’63 Impala back then, but I felt that by getting the Monte Carlo, I was taking a step forward because it was a newer car.” The Monte was an everyday car and it got plenty of use. In 1980, he joined Groupe Car Club. As his love for his club has endured over the years, so, too, has his love for the car. “I’ve been through thick and thin with this car,” Danny Boy says with a smile. “I wrecked it a few times, and once it even burned, but I always kept rebuilding it, no matter what. I just always wanted the car to look as good as some of the other cars that I saw representing out on the Boulevards.”

The fact that Danny has been able to constantly update the Monte is all the more impressive when you consider that it has always been his daily driver. It’s hard to find time and transportation to build the car you depend on every day, but Danny always found a way. “It was always about trying to do something different to your car and still being able to drive it during the week,” he says. “You put a lot of money into your car and you drove it everywhere, but yet it seemed like you never got anywhere with the modifications for it.” It took Danny Boy over twenty years to get the Monte to where it’s at now. “Building a car nowadays is much easier than it was back then,” says the dedicated Groupe rider.

While the build has certainly tested Danny Boy; he is facing an even tougher challenge with his family right now. “We just found out that my sister, Ester, has cancer, and I would like to dedicate this feature to her. When it comes to something like this; it hits the heart. She is so strong and as a family, we are proud of her and right by her side. I also want to say thanks to my family and friends, who have stuck by me throughout the years, and I also want to thank the members of Groupe SoCal.”

Engine: Everything painted and chromed

Body/Paint: Mexico Collision Center in South Gate, CA, did the body and paint while Steve Deman added the graphics and Fonzy sprayed the murals

Interior: Color bars with ’70s style interior and it included a custom loveseat in the back.