Newsletter
Sign Up today for our FREE Newsletter and get the latest articles and news delivered right to your inbox.
Home » 1938 Buick Century – Margarita 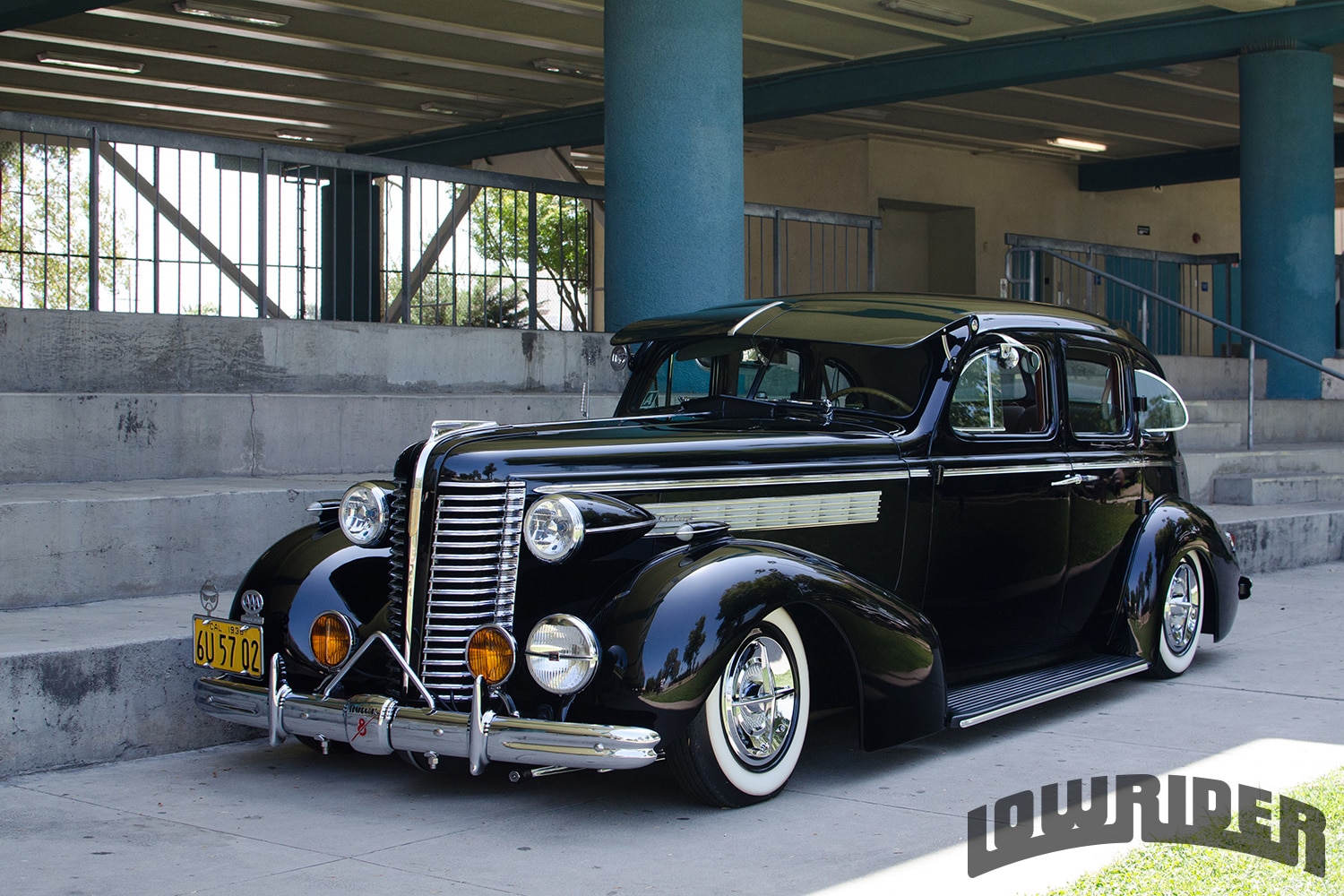 As husbands and fathers, we always put our family’s wants and needs ahead of our own, and often in times that means we forego building our dream Lowrider so that our family is taken care of. Pete Rios, of Arleta, California did just that; he waited until his children were grown and he retired from the City of Los Angeles to build his 1938 Buick Century.

Pete found the car in neighboring Van Nuys, California. It was everything Pete was looking for in a project car—it was primered, had all the parts, and he was able to drive it home. That said, the Buick still needed a lot of work, but a retired Pete, now had the time on his hands and the patience to restore it to his liking.

The first order of business in restoring the ’38 was to get the body in shape for paint. Pete contacted Dino, at Dino’s Auto Body in Pacoima, California, to do the work. Dino prepped the Buick and sprayed the deep black paint onto the body panels. The Buick was then taken to North Hollywood Auto Upholstery, where Pedro used tan material to cover the Buick’s seats, door panels, headliner, and carpet. The next task was to get the Buick’s ride level closer to the ground. Rick Bentley, from Santa Clarita, California, installed a custom air bag set up to give Pete a proper ride and a killer low stance when parked at shows. Mechanically, the Straight Eight in the engine bay was sound, so Pete chromed some pieces and had other pieces engraved by David Renteria to add some accents. Jesse Glez, of Astro Metal Polishing in North Hollywood, California, took care of all of the chroming.

During the five-year build time, Pete acquired some of the most sought after Buick accessories like the Traffic Finder, pipe holder, passing light, and compass, just to name a few. Also during the past half-decade, Pete has acquired a room full of trophies from the car shows he has attended all over Southern California.

We spotted the Buick at the California Car and Cycle Show in Ventura, California, and approached Pete about featuring his Buick in the magazine. Thankfully, he agreed! As we all know, these cars don’t get built without the proper support of family and friends. Pete would like to thank his wife, Margaret, and his son, Pete, along with two great friends, Angel Tristan and Larry Reynoso, who passed away before the car was complete. We would like to thank Pete for the opportunity to feature his rolling work of art.

Body/Paint: Dino, from Dino’s Auto Body in Pacoima, California, sprayed the Buick in a deep black. Jesse Glez, of Astro Metal Polishing in North Hollywood, California did the chrome plating.