Newsletter
Sign Up today for our FREE Newsletter and get the latest articles and news delivered right to your inbox.
Home » 1963 Chevrolet Nova – Robert’s Nova 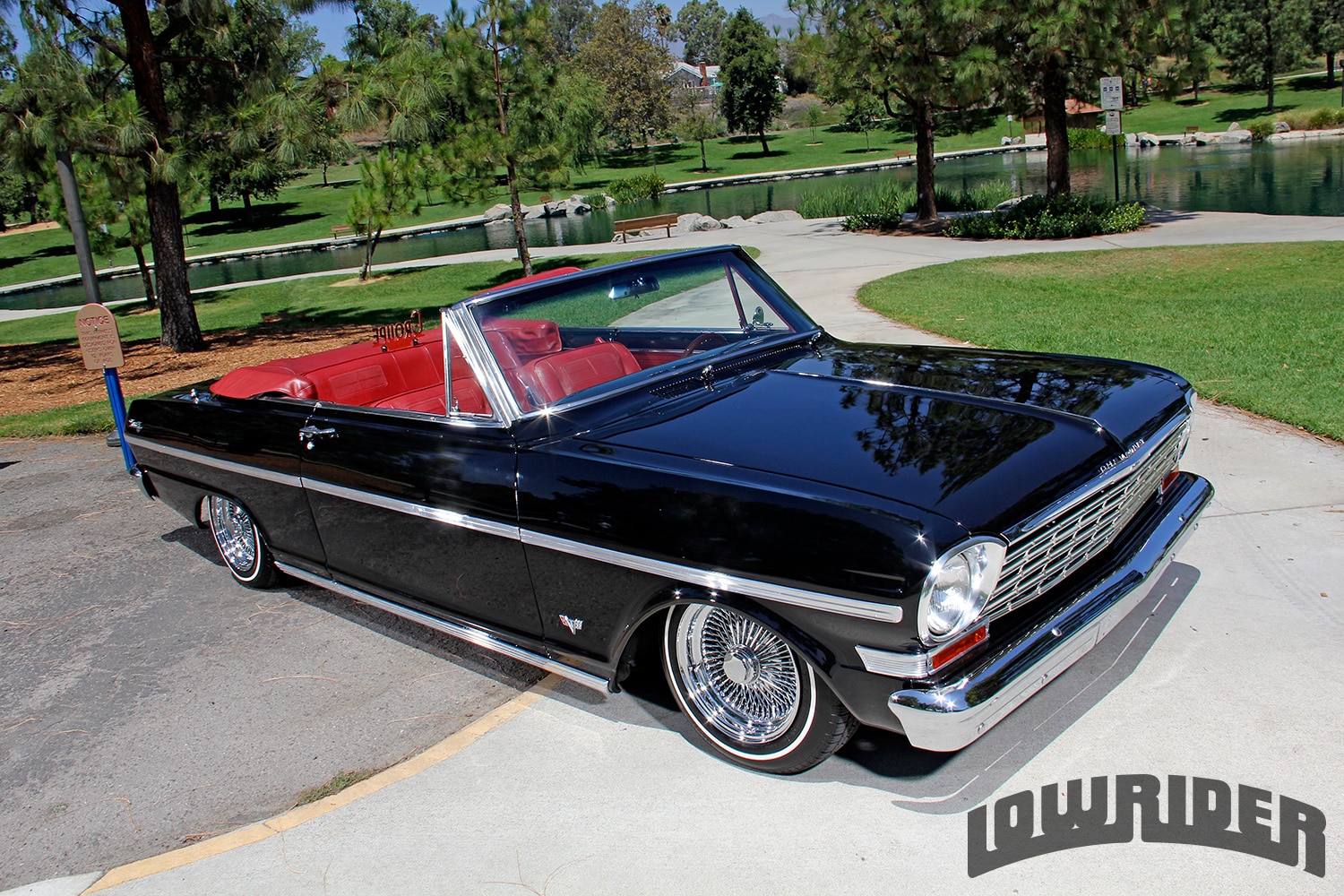 One of the great joys we have through publishing this magazine is that we get to tell the stories of people who have spent decades participating in the lowrider culture we love. With older brothers being into lowriders as far back as the ’50s, East L.A. product Robert Colantuono is one of those rarified individuals who have spent over five decades in the lowrider culture. In the ’60s, Robert was a member of Illusion car club. “When the Vietnam War came into play; a lot of our boys were picked to go and the club slowly vanished,” explains Robert. In 1971, Eddie Flores founded Groupe car club, and Robert has been a member since day one. As of this writing, he has been a loyal member for over forty years now.

The Chevy Nova featured here was bought brand-new in 1963 by one of Robert’s uncles. The car had been rotting away in his aunt’s yard for years until Robert decided to ask her if he could breathe new life into it. “She said if I was serious about building it that I could have it and once she gave it to me, I did it,” Robert says proudly. Robert is picky in his builds in the sense that not only does he like them to sit low; he also likes them to pack a punch in the horsepower department. This build here bridges both of those schools of thought together and it is clear that Robert’s aunt made a very wise decision to let him take on the project.

“I can’t express how happy I am to get a feature in Lowrider magazine, other than that it’s truly a blessing. People wait a lifetime for something like this to happen.” After half a century of being into Lowriders, Robert knows what he’s talking about; this is his first feature in the magazine. Robert would like to thank his wife, MIC, Frank’s Auto Body, Groupe E.L.A., and his grandkids, for helping him keep it clean.