Newsletter
Sign Up today for our FREE Newsletter and get the latest articles and news delivered right to your inbox.
Home » 1970 Chevrolet Monte Carlo – Drifting On A Memory 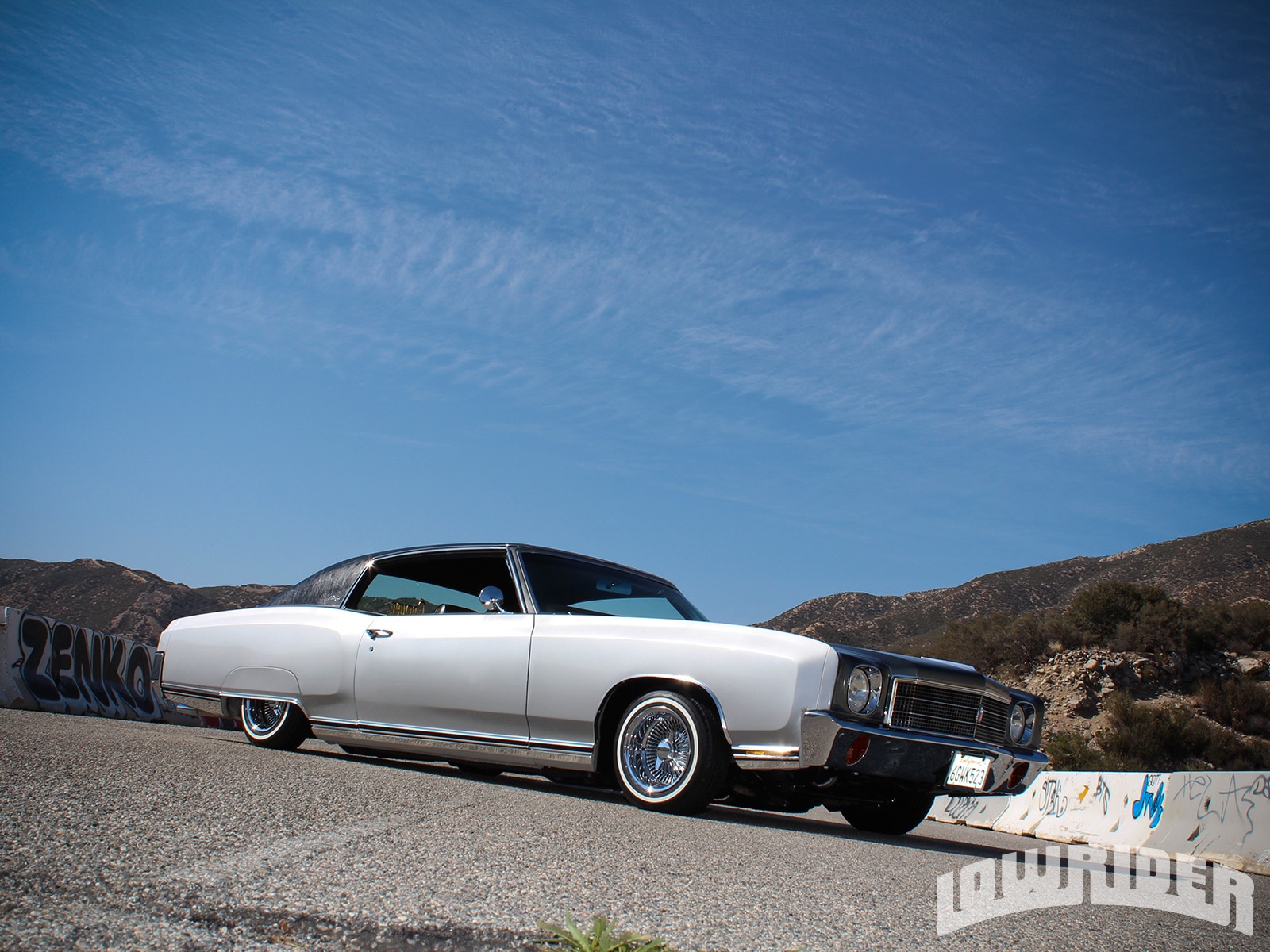 True love can definitely be defined by the story of Carolina and Angel Garcia of Colton, California. The married couple shares their lives together as any loving couple does; they have a nice home, go out from time to time, and hey, they even build show-quality custom cars! That’s right, this Lowriding couple spent many days and nights of pure quality time right in their home garage, turning wrenches and getting their hands dirty. It may not be considered romantic to most, but it was still time they cherished with each other and the result was a show-quality 1970 Chevy Monte Carlo that they have every right to be proud of. Together, they can now cruise it during those nice Sunday evening sunsets, listening to the oldies.

For Angel, his Lowriding lifestyle started early. As a kid, he became very interested in the scene since his brother, Michael, was into, as he bought, read, and collected Lowrider Magazine. Once he was old enough to drive, Angel began building cars − all with the Lowrider flavor − but it wasn’t up until more recently that he found his most difficult project to date; this ’70 Chevy Monte Carlo.

Angel spotted the Monte Carlo for sale in the local AutoTrader for a mere $2,000. The car needed some work, but Angel was able to see the potential it had. After bringing it home, the car went through a thorough three-year makeover, consisting of a frame-off restoration and customization. Carolina chose the color scheme of the car and picked out the actual colors for the paint. She also didn’t mind getting dirty, working in and under the car many times. During the sweltering dry hot summer days of the Inland Empire area of Southern California, most people would be hiding inside with the air conditioning blasting – not Angel and Carolina! They would be drinking a cold one while working on the Monte. On the same token, when the chilly desert nights of winter would hit, they would still be out in the garage, working on the ride. Dedication for each other and their creation was obviously evident, and their project remained in full swing.

Angel gives big thanks to his wife and family for their help and support, and also gives thanks to his Group Car Club brothers − especially the true artist with a paint gun, Gabriel Rangel.

“Drifting On A Memory”

Engine: Angel and Carolina teamed up on the super clean 350-c.i.d. V8 engine that features a plethora of chrome accessories. The heater core was removed and the firewall shaved. The tilt steering column with chrome shaft is controlled by the custom-made chrome chain steering wheel. All chrome plating was provided by Apollonio over at A&B Polishing in Upland, California.

Body/Paint: Carolina chose the colors before Gabriel Rangel, over at Custom Creations in Colton, did the body work and ultimately laid down a two-tone metallic charcoal and silver finish. MG Auto Body, in Azusa, California, added some fine pinstripes and Fred Payan, of San Bernardino, California, sprayed airbrushed lettering of the owners’ names and vehicle name.

Interior: In the stock fashion, the interior was made over in a black color to go with vehicle’s black and silver color theme. Ramirez Upholstery in Rialto, California handled the interior needs.

Setup: Angel and Carolina (along with some help from Angel Paredes in Palm Springs, California) took on the hydraulic install consisting of six batteries, two Reds pumps, a front Delta dump, and back LA square dumps. The frame, which was removed for this Monte Carlo’s make-over, was painted a gloss black. The rear end was shortened and features adjustable upper trailing arms.