Newsletter
Sign Up today for our FREE Newsletter and get the latest articles and news delivered right to your inbox.
Home » 1979 Cadillac Coupe De Ville – Cotton Cadi 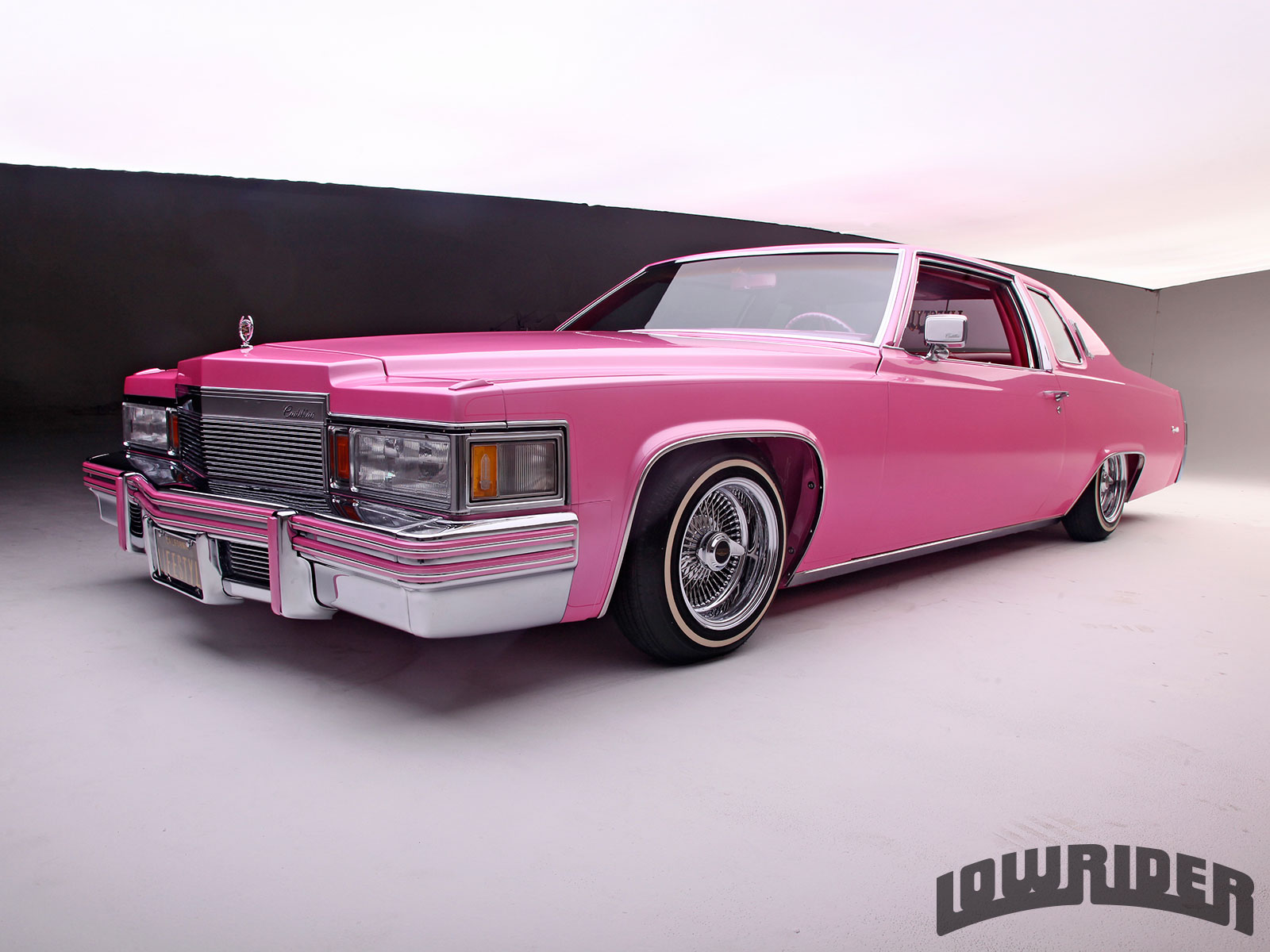 Bobby Flores has been Lowriding since he was a kid in high school. “I got my first Lowrider in 1976,” says the long-time Lowrider. “It was a 1970 Monte Carlo and it was a street ride with Cragar rims and hydraulics. Later, I added a candy apple red with a tuck and roll interior from Bob and Son.” This Monte Carlo caught a lot of attention and would later come to be known as “Wild Thing.” “I used to cruise it all up and down Whittier Blvd. and see the guys from Lifestyle cruising,” recalls Bobby. “I used to say that ‘I was going to go after those guys and beat them,’ but I ended up joining them.” The union would be permanent and Bobby has been a dedicated Lifestyle Car Club member for twenty-eight years. Bobby’s “Wild Thing” took home numerous first place awards and it even took home Best Flake on its first year out.

“The theory is if you want a nice car; you need money, and to get money; you need a good job. So I’ve always worked, worked, and worked to make my money in order to fix my car up, so I believe that’s a good trade off,” explains Bobby regarding the funding of his project. Bobby got into motorcycles for a while and was on and off with the club during that time. He later bought himself a ’66 Impala called “The Predator,” which he had for ten years before selling it.

When he bought this Cadillac, it was in great shape and, even better for Bobby, it was a special edition D’Elegance that came with no vinyl. “I painted the Caddy a custom pink because I wanted a color that was different from everyone else,” he explains. “I had Mario’s Auto Works do the custom color and got a Bob and Son interior. I drove the Cadillac like that for three years before tearing it down.” Everyone loved the pink on it so much that Bobby took it apart to paint the undercarriage and engine compartment the same color while adding chrome to everything. The new version came out three years after he tore it down and it made its debut at the Roadster Show for the first time. That day he was offered $150,000 for it, but the offer left him unmoved. “Because of the murals from Mister Cartoon, the Bob and Son interior (they don’t do upholstery anymore), and Mario’s Auto Works paint, I have a lot of love for this car and I ended up turning the money down.” One thing about Bobby, he takes great pride in having his car being fully functional and ready to hit the streets. “Everything on my car works, from the ac to the blinkers to the gauges. When my daughter got married, I drove her and her husband up and down in it. I think that one of the greatest things about having a Lowrider is driving it; not just showing it.”

This motivation extends to his latest project, a 1960 Impala, sitting in storage. “That is my next project to do. I always start off my cars as street rides and they end up as full show cars,” he explains. Each building experience is not lost on Bobby, either. “I’m going to keep building cars until the day I die. One of the greatest things about building a car is the day that you get your plaque. There is no greater feeling than that, but the next great feeling is being featured in Lowrider Magazine. I’ve been patiently waiting for four years to be featured and the day it comes out in the pages of Lowrider Magazine, it will be one of my proudest days. It is an honor for me to have my car featured and to show the hard work that I’ve put into the car.”

Mario sends out special thanks to Mario’s Auto Works, Mario Sr., Mario Jr., Albert and Greg DeAlba, Mister Cartoon, Bob and Son, Mario Escamilla and a very special thanks to his wife, Cindy, and daughter, Camille, for their love and support.

Engine: Stock 454 was taken apart by Mario’s Auto Works in Montclair, CA and everything was chrome plated and painted.